Aussie reflects on a breakout E3 World Enduro round victory.

Australia’s 2013 Enduro Junior World Champion Matt Phillips broke through for his maiden E3 win at the 2014 FIM Maxxis Enduro World Championship round at Greece over the weekend. In scorching conditions, Phillips put his factory KTM 300 EXC on top of the box on Sunday after claiming third overall on Saturday. We caught up with the 20-year-old Tasmanian he took the opportunity to take a short five-day trip back to his homeland to refresh the batteries. 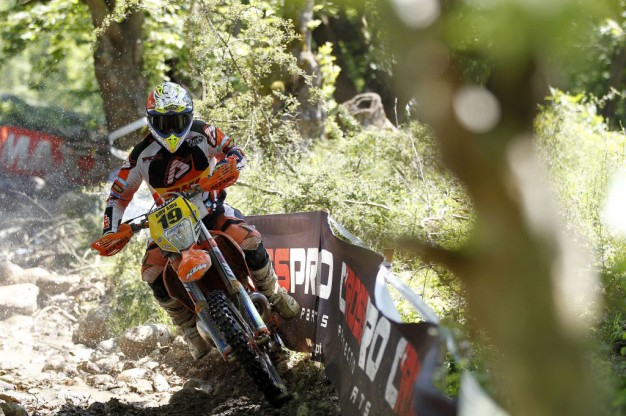 Congratulations on claiming your first Enduro World Championship round victory, Matt. Take us through the event and how it all panned out for you.

Thanks, mate. The first day was quite good; I felt like I rode well, but I lost the day in one fairly simple test because the fans put a line of stones through a corner, and being one of the first riders through, I hit them and crashed. That slowed down the day and the marshalls had to continually clear the track afterwards to stop other riders crashing in the same spot. I finished the day in third, but I actually dropped to fourth and had to fight back for a spot on the podium. It was probably the hottest round of the season, too. It was more than 30 degrees and it was so dusty we had to leave quite a big gap between riders at the start of the test.

How were you feeling coming into the second day, especially after a tough Saturday where I guess you probably felt like you were playing a bit of catch-up?

I was actually really tired and down coming into Sunday’s race but I had a definite race plan to put in a fast first lap and win that, then ride smart to the end of the day. I actually managed to put in the fastest lap out of everyone all day, and from there I had some good momentum. I don’t think I was necessarily ‘in the zone’ but my head was strong and I was able to think openly about changing my riding style in order to go faster.

How did you change your style?

It was one of those days where if you rode one gear up and backed off a bit, your time was actually quicker. The normal tendency when you get to a straight is to just put the gas on, but it was better to just click it up a gear and tractor it along a bit instead. I tried to ride cleanly with no mistakes, because at the moment, that’s where the championship is at between us top guys. It’s not about who’s riding the fastest, but who makes the least mistakes. I think that’s been the hardest thing to learn: as a young rider all you want to do is put the gas on and make a fast corner. The problem when you charge like that is you’ll end up making a mistake on a shitty corner or a small uphill and your time will be the same – and probably worse – than everyone else’s.

Standing on top of the podium on Sunday must’ve been a pretty memorable moment for you, being your first senior EWC win.

Yeah, it was nice. It was good to be able to put a win on the scoreboard for the factory team and repay them for putting their faith in me. Being on the podium when the anthem played was pretty special.

Did you shed a tear or two?

[Laughs] nah. Maybe if it was the last round and I’d taken the championship I’d tear up, but there’s a lot of racing to happen between now and then. 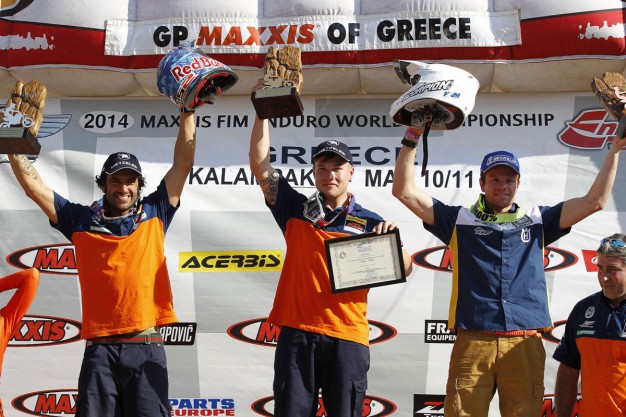 You’ve now come home for five days. That seems like a lot of effort and travel time for such a short break. Why did you decide to come back?

Yeah it’s pretty nasty, really. I’ve been away for three months living by myself in an apartment in Bergamo, Italy. It’s owned by the team and sometimes the mechanics might stay there, but for the most part I’m by myself riding and training every day. Everyone thinks it’s a nice life, but it can be horrible and it gets old. I came back to refresh, take some time away from riding, see at the European scene from the outside looking in, and think of ways I can improve.

Once you go back to Europe you’ll be gearing up for the Finland round in a couple weeks’ time. What are your expectations and goals heading there?

Finland’s going to be colder and have more long enduro tests, which suits my style of riding. My dream is to win, but my goal is to finish and live to fight again the next round, if that makes sense. Ivan Cervantes has won all except one race so far, so he’s the biggest competition, for sure. Behind me there are five or six guys who have either been on the podium or have fought hard for it during the day, so it’s really tight. If you have a bad day you can find yourself in ninth or 10th in the blink of an eye.

Awesome. Well, thanks for the chat, mate. Enjoy your few days back home and good luck for Finland.