Information you need to know ahead of Sunday's third round.

The 2014 Monster Energy MX Nationals will resume at Wonthaggi in Victoria on Sunday, 27 April, for round three of 10 in the hotly-contested Australian Motocross Championship series.

Team Motul Suzuki’s Matt Moss will aim for a third consecutive round victory in the premier MX1 category, winning the opening two rounds of the season to stretch an early 20-point advantage in the championship standings.

An aggravated shoulder injury has sidelined Moss in recent weeks directly following the Appin round of the title chase, but he’s confident that he’ll be able to carry on his race-winning form aboard the RM-Z450 when the gates drop on Sunday.

“I really like Wonthaggi,” Moss commented. “It’s where I got on the podium last year for the first time and where I got my first Super Pole, so it was a weekend where I felt we were really able to get last year’s championship on track.

“Training hasn’t really gone to plan since round two; my shoulder has been causing me some problems so I have only ridden twice since Appin. It’s been a week and a half off the bike, but I’m looking forward to getting back on it this weekend.

“I’m feeling good now though, the shoulder will be ready to go and I have good memories at the place. The track there’s loamy, a bit hard-pack in places, and I enjoy it. For us what’s important is to keep doing what we have been doing and score good points for the championship every event.”

The MX2 division has a new leader in Serco Yamaha’s Luke Clout, taking over the red plates via victory at Appin to lead rookie standout Hamish Harwood (CMR Red Bull KTM) – first of the two-strokes – and Brenden Harrison (Instant Security KTM), who is returning from injury in 2014.

This weekend will also see the introduction of the Honda CRF150 Cup, pitting together a selection of the country’s finest junior talent on the four-stroke mini racers. 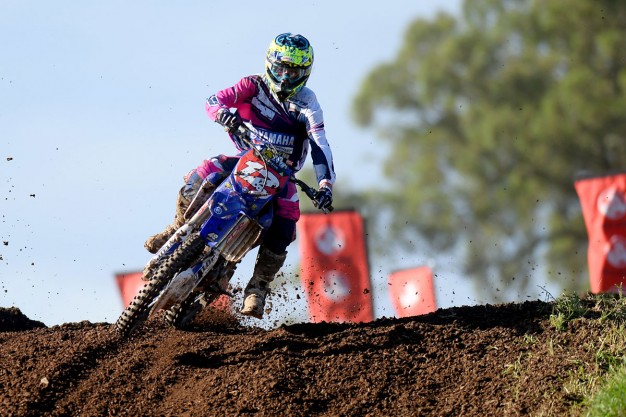 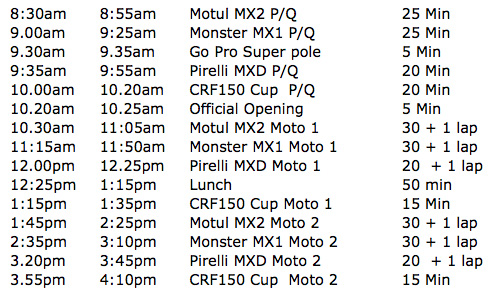