Information you need to know ahead of the second round.

As the next round of the Monster Energy MX Nationals in Appin approaches, eyes are firmly focused on the champs from round one, and the question looms as to whether or not they will be able to back it up at round two.

Some of the hottest picks leading into round one left a lot to be desired after the weekend concluded at Broadford. In addition, the weekend proved to be a round of surprises with some unexpected results from some dark horses of the championship.

Tunetech KTM’s Kale Makeham who was one of the MX2 favorites leading into the first round, managed to salvage an eight overall at the opener of the series – a far cry from what Australia last saw of Makeham when he collected a podium in the MX2 championship in 2013 at Coolum.

With Makeham absent from the front of the MX2 class, the gap was left open for underdog Kiwi rider Kane Lamont. Lamont who had an inconsistent 2013, had a breakthrough series opener managing to take the overall round win. The question pends as to whether his win was a stroke of luck, or a preview of what he has in store for us for 2014.

Most expected, four-time Australian champ Jay Marmont to come out swinging at Broadford after returning to CDR Yamaha for 2014. Marmont who had mixed 2013 results and suffered niggling injuries, finished eighth overall at the rounds end, which most would agree is not the start the CDR team would have been looking for.

With Appin being Marmont’s home round, he is set to have family and local fans on his side when he hits the track this weekend, and again fans are expecting a lot from the Yamaha rider at this round.

The surprise in the MX1 class was local Victoria rider Adam Monea. The young gun who had not really attracted too much attention prior to the opener, wowed the crowds with his moto one win and second overall for the day, to stamp is position firmly on the hunt for the 2014 MX1 title.

However, with tough competition from the Moss brothers, and their Appin track experience, Monea will have his work cut out for him come round two this weekend.

In the MXD class, Jack Simpson’s two-stroke machine was one most were watching. With a year under his belt in Under 19s and an opening round arguably better suited to the two-strokes, most were expecting a win from the talented youngster. Simpson finished with an impressive fourth overall for the day, however it was GYTR Yamaha’s Jed Beaton who stole the spotlight.

Beaton who has stepped up from the junior racing scene made his presence known in his first pro-level event at Broadford, and will be one to watch at round two at Appin this weekend with some similar racing conditions to contented with.

So with a mixed bag of results and predictions to go by, it looks like Appin is shaping up to be a round of confirmations or redemptions.

Will local Ryan Marmont breakthrough his new young competition in the MX2 class? Will Billy Mackenzie turn performance into results in MX1? Will there be another battle of the Mosses on familiar ground? Will we see another newly turned pro show up Jed Beaton?

The racing is set to heat up, and with one round already in the books, the MX Nationals for 2014 is well underway. 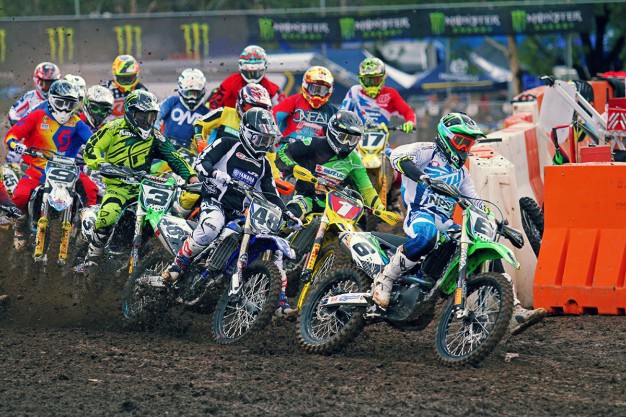 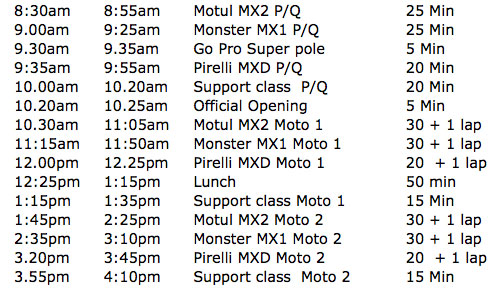 MotoOnline Films round one highlights