Four races down and 13 to go in the 2014 Monster Energy Supercross series. Certainly we’ve seen some exciting racing so far in both classes. In some ways it’s been expected and in some ways, it hasn’t been what we thought.

Like the stock market, this series has been up and down with one thing that is constant and that is change. You just never know what we’re going to see from one weekend to the next but for now, let’s try and look at those riders that are trending up and those that are trending down.

Also like the stock market, these trends are subject to change at a moments notice and as soon as this weekend in Anaheim. Up: Ryan Villopoto became the first rider to win two races this season and he’s done it both ways you can. One (Oakland) by grabbing the lead in the first half a lap and taking off for a flawless 20 laps and one (Phoenix) by ripping through the pack and passing for the lead late. He’s got the red number plate and the three straight supercross titles for a reason. Nothing he’s shown in 2014 indicates that he’s slipping in any way.

Down: Justin Barcia was thought to be Villopoto’s main challenger for the title by some (uh, yeah that would be me) but through four races he’s yet to challenge for a podium. I don’t know what’s up with Barcia, if anyone out there knows can you fill me in?

Up: Justin Brayton has shown a remarkable improvement from last season and maybe it’s the new bike, the new marriage or something but JB is a new guy this year. Consistently in the top five each week and a big step above the guys that we thought he’d be fighting with (Weimer, Tickle and Short for example). 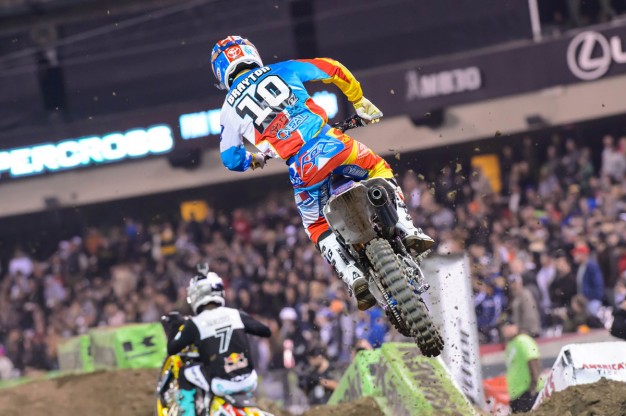 Up: Chad Reed. I don’t really need to explain this, do I? He’s back!

Down: Dean Wilson sits third in the points after his almost-win in Oakland, but there’s no doubt that this season hasn’t been what he, or his team, expected. He’s had to deal with Cole Seely and Jason Anderson going very fast but when he’s right, Wilson is just as good as those guys or better. Let’s see what he can do from here on out, but he’s got no margin of error anymore. It’s go time if Wilson is to win his first ever 250SX title.

Up: Privateer Weston Peick is only 15th in the points, but that’s really just off of one seventh place finish. He crashed out of Phoenix and his bike has broken in two other races but make no mistake about it, Peick’s been very fast. Qualifying out of the heat in Oakland and setting the seventh best lap time at A1 shows that he’s for real. If he can iron out the kinks in his program, Peick could be a top ten guy every week in this field. 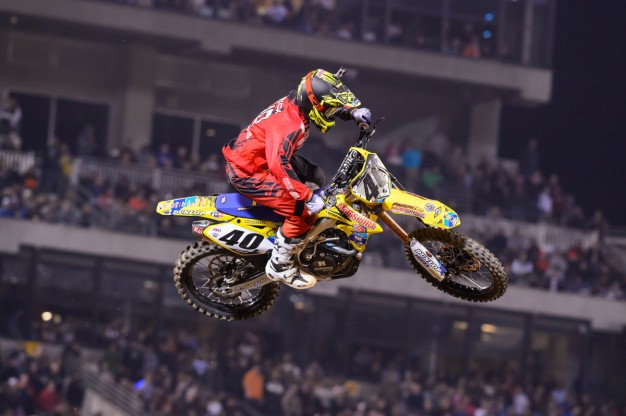 Up: Ken Roczen’s won a race, held the red plate for a couple of weeks and looks pretty good out there. It’s a long season and he’ll be a bit up and down until he figures it out but for now, he’s shown serious potential to be a supercross champion down the road. And if you’re Eli Tomac, you have to be excited for when you come back as you know you’re the equal to Roczen and therefore have a good chance at doing well.

Down: RCH Racing has Broc Tickle battling injuries after a couple of crashes caused a couple of DNQ’s and Josh Hill has broken his collarbone and will be out for a while. It’s nothing wrong that the team has done, it’s just the way things roll in supercross. It’s a tough series that no matter how much (or what) you prepare for it, all your plans can go down the pooper when riders go down.