An all-access view of Australian motocross and supercross, presented by Alpinestars.

Here we go again, week one of a hectic schedule ahead on MotoOnline.com.au, but honestly, we wouldn’t have it any other way. Welcome to 2014, a fresh new start for all and an exciting time for many. As usual, we’re ready to hit the ground running into the new year.

The holiday period is always a neat time to tie up some loose ends and in terms of the site itself, we’ve been refining our program for the season ahead. Good news is that many of our favourite contributors such as Simon Makker, Steve Matthes, Simon Cudby, Adam Spence, Lee Hogan and more are back, ready to share the latest on dirt bikes from an Australian perspective.

As we return to the keyboards and start sourcing news, part of me personally is eager to get moving, while I’m also well aware that it’s vital to pace ourselves along the way. 50 weeks of full-blown activity on the site is a grind, but when all’s said and done, the hard work is rewarding when we look back through the archives. Either way, it’s a blast!

Anaheim 1 was a spectacular way to start 2014 as Chad Reed and Matt Moss (pictured below) were about on par with my expectations, and Dean Ferris also did well with hardly any preparation to make the 250SX main. I’m really excited to see his progress and can’t wait to see him outdoors later in the year.

The racing in general was unreal, Kenny Roczen killing it on debut with the 450 SX-F, Ryan Dungey his ever-consistent self, Ryan Villopoto having his annual ups and downs at A1, and James Stewart again lightening fast before crashing out.

It’s hard not to be excited with that type of racing when we’re looking down the scope of another season, and we’re pumped for Phoenix this weekend coming. As a bonus, ESPN and ESPN2 will be covering every single round live on Australian TV this year! 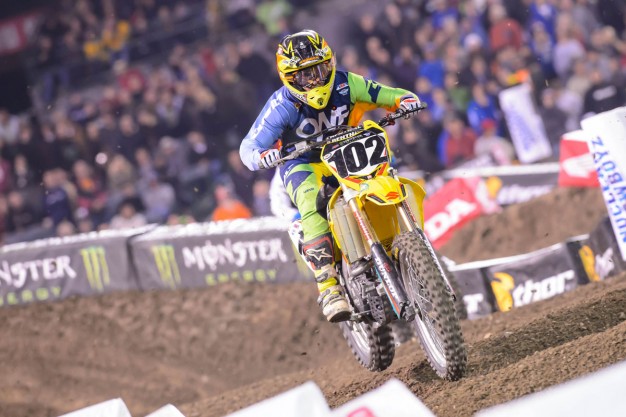 On the subject of Moss, he was particularly impressive when you look at the stats. He was fifth in his heat, fourth in the semi to make the main, and 13th in the 20-lapper despite jarring his wrist early on. Word from the US is that he and Josh Hill got together during the final, but Hill was later ruled out with a fried clutch.

Moss ended up posting the 11th fastest time of the main event and was well in the ballpark on the night, competitive and running his customary number 102. Judging by his current form, a top 10 finish at least is a very real possibility before he returns home to prepare for the MX Nationals.

Lawson Bopping was unfortunately ruled out just days before the gates dropped, but hopefully he’ll be back to do a number of races as initially planned. Bopping’s been riding a Suzuki in the States if his social media is anything to go by, so it would have been nice to see how he stacks up against the best in the world.

The fact that Bopping’s on a Suzuki in America almost certainly confirms he won’t be back for a third year at CDR Yamaha alongside Billy Mackenzie, with Jay Marmont tipped to be the favourite for that seat after two years at Kawasaki. Man, that’s going to be interesting to watch play out if it actually happens.

As for Bopping, who knows where his future lies. A return to Suzuki would be ideal, especially since there seems to be a place vacant alongside Moss on the official team, but things have been pretty quiet regarding that spot as Suzuki sorts its budgets. Maybe he’ll be part of Raceline again? Time will tell.

That’s it from me for week one, thanks for stopping by and, as usual, I’ll hand this over to Makker with his latest from up in Queensland….

Welcome back! I trust everyone had an awesome break and is ready to get back into the thick of an exciting year. Now that most people are back doing their 9 to 5ers, news is gradually starting to ramp up again as everyone realises that the upcoming race season is only just around the corner. 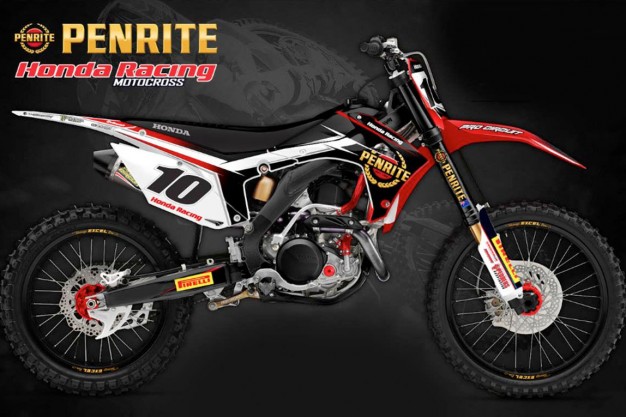 A couple of big puzzle pieces in the 2014 team jigsaw have all but fallen into place over the past couple of days. Honda team owner Yarrive Konsky released a rough design of their new bike livery for the upcoming season (pictured above), and it’s unofficially confirmed rumours that Penrite Oils is on the cards to replace Carlton Dry, and Konsky’s statement that “we’re looking to run 10 in both classes” provides a big indication that Cody Cooper (MX1) will indeed be pitting alongside Josh Cachia (MX2).

Then over the past couple of days Jake Moss has posted a video of him ripping up Appin aboard a Kawasaki, then a photo of his mate washing a KX450F with a big Monster logo on the shrouds, all of which adds more fuel to the fire that Mossy has signed to ride alongside Adam Monea at Troy Carroll’s Kawasaki team.

Late last year it was announced that Queensland’s popular Sunshine State Motocross Championship would be canned for a whole host of reasons and political skulduggery. However, now it looks like Motorcycling Queensland has pulled the series from the fire, with Robbie Marshall stepping up as the series coordinator. Venues have yet to be confirmed, but if Robbie can do a similar job to what he did with the Queensland Supercross Championship in November, the series will be a cracker!

Finally, good news for all you gamers and bored injured riders out there: Nordic Games has secured the rights to the hugely popular MX vs ATV series, including a tonne of THQ’s intellectual property, such as the existing MX vs. ATV Alive and MX vs. ATV Reflex code.

The first title of the new-look MX vs. ATV franchise will be MX vs ATV Supercross due for release in the first half of 2014 for PlayStation 3, Xbox 360, PC, Mac and Linux. Dare we hold our breath that we’ll see a decent new game released in the next six months? Here’s hoping!

That’s all from me this week. As always, remember to check out all of MotoOnline.com.au’s social networking channels and be sure to Like us on Facebook or Follow us on Twitter and Instagram for even more behind the scenes insights. Just search MotoOnline. 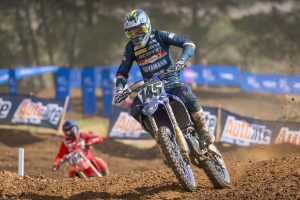