Back again for their fifth consecutive year are the MotoOnline.com.au Moto Awards, where we name the stars of the season past in a reflection of Australian and international racing.

MotoOnline.com.au’s Moto Awards are done for entertainment purposes, pieced together via what we witnessed during the year both within Australia and abroad. 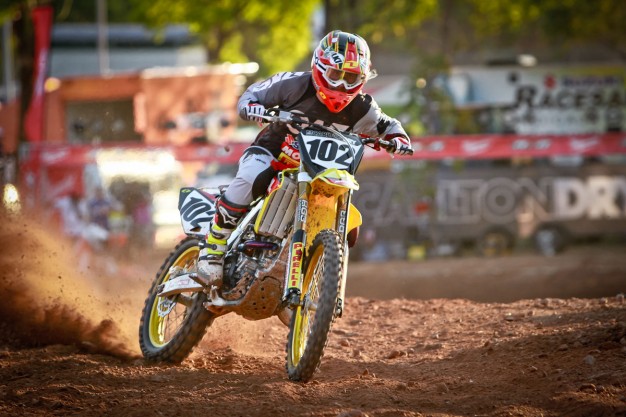 Winner of the Monster Energy MX Nationals and Terex Australian Supercross Championship, Moss (pictured above) was a man on a mission in 2013. His first full season back on the 450 was a special one, clearly the class of the field across the course of the year.

With championships in Monster Energy AMA Supercross and the Lucas Oil Pro Motocross series, RV was in a class of his own for much of this year. He may have missed the Motocross of Nations through injury, but few doubt he’s the world’s best.

Rookie of the Year – Kale Makeham

First year in the MX2 class of the MX Nationals, Makeham finished runner-up in the series as a privateer and made a huge name for himself in the process. A top kid with phenomenal talent, he’ll be a title favourite for 2014.

Winning the Enduro Junior World Championship as a rookie put Tasmanian ace Phillips on the map internationally this year, quickly coming to grips with his Husqvarna and putting in a huge effort all season long. His reward? A factory KTM ride, most likely in E3, and the world at his feet.

Personality of the Year – Josh Cachia

He may have been out for much of the year through injury, but Cachia retains his spot as our Personality of the Year following his Moto 5: The Movie appearance. A natural on camera, always himself, we look forward to his comeback next season. Yet again the MX Nationals (pictured above) were the benchmark when it comes to domestic motorcycle racing series. Despite grid numbers being impacted by injuries and thinning budgets, the series was epic as Matt Moss and Todd Waters duked it out for the MX1 title. Plus, Luke Styke’s dominance of MX2 was also something to see before he heads off to GPs.

The bike that we’re founding has been getting the most traffic since its release has been Yamaha’s all-new fuel injected YZ250F. Like it’s big brother, the YZ450F, Yamaha has overhauled its MX2 entry for 2014. And following the success of the previous model, you’d be mad to bet against strong results next season.

Ever since KTM announced it had purchased Husqvarna and would be giving the brand a massive makeover, fans worldwide have been going crazy for the white, blue and yellow bikes. Initial tests have been positive as they’re largely based on KTM’s existing range, but we can’t wait to see what the future holds.

One of the smaller factory teams in Australian motocross, Motul Pirelli Suzuki signed Matt Moss upon his return to Australia and delivered big time with the MXN and ASX titles this season. Coupled with Suzuki’s Australian Superbike title, the brand was hugely successful this year. Also of note was the Australian women’s team at the International Six Days of Enduro, scoring a brilliant overall victory!

The buzz around the Monster Energy FIM Motocross of Nations in Germany this year was massive from an Australian perspective and the Aussies didn’t disappoint. The youthful team of Brett Metcalfe, Dean Ferris and Todd Waters qualified first before eventually sealing fourth overall against the world’s best moto countries. The future looks bright for the green and gold! When Jake Moss and Josh Hill collided at the Toowoomba round of ASX, all hell broke loose on message boards, social media and throughout the industry. Who was at fault? Was it unfair? What penalties would be handed out? In the end it slowly blew over, but unfortunately for 450 champ Matt Moss, it overshadowed his victory in that race and the title.

So many riders were injured – and more tragically, some lost their lives in 2013 – which somewhat reduced the flavour of racing we could have potentially seen in various series during the season. However, another year is already upon us, so fingers crossed we can see the best of the best on track again throughout 2014.

We mentioned it earlier this week in our Top 10 upsets and surprises feature, but nobody would have guessed at the start of the year that Simmonds would be retired by mid-season. Following a heavy pre-season training schedule and not reaching the form he anticipated, the boy from Bourke hung up his helmet before season’s end – but some are still predicting a comeback soon enough.

Motorex KTM Off-Road Racing’s Price kept us well engaged throughout 2013, despite serious injuries that derailed any hope of winning more championships. We watched his miraculous comeback from injury unfold almost instantaneously, while he continues to do an awesome job of subtly promoting his many sponsors. How good will it be to see him back racing fulltime in 2014?

With CDR Yamaha entering off-road racing in 2013, Craig Dack and co took on an ambitious challenge filling the shoes of off-road legend Geoff Ballard as Yamaha’s official AORC and A4DE team. But as Dack does, quality came to the forefront and Milner (pictured above) rewarded the team with dual championships and a starring role at the ISDE. A special mention also deserves to go to the Serco Yamaha combination of Luke Styke and the YZ250F in MXN and ASX.