MX Nationals to introduce North and South series for privateers.

Williams Event Management’s Kevin Williams today revealed that the Monster Energy MX Nationals will include a North and South Cup in 2014, exclusively for true privateers on the east coast of Australia.

Scheduled as races within the premier MX1 and MX2 championships, MotoOnline.com.au called Williams to grab the finer details on WEM’s bid to bolster the Australian Motocross Championship grids next year.

First of all, tell us about your plans to attract more riders to the national events in 2014…

Yeah, look at the end of last season we held a conference after Coolum and that raised a lot of the issues. Since then we’ve been talking to different people, getting a feel for where the market’s at and no doubt globally rider numbers are down.

For competitors to travel across the country it’s very expensive – there’s no change out of 60 or 70 grand for a privateer to do the whole national series. The biggest issue is travel, so within the championship we’ll have two other titles for Lites and Open, being North and South Cups.

The North series, which will consist of of four rounds, will be Raymond Terrace and the three Queensland rounds; Conondale, Coolum and Gladstone. South rounds will be the three Victorian rounds; Broadford, Wonthaggi and Swan Hill, plus Murray Bridge. Scoring will either be for three of the best four rounds or all four – we’re working on that at the moment.

The whole idea is that local riders can do the rounds close to them, talk to their local sponsors and still leverage from the nationals. We’ll have our new media company that we’ve signed doing specific media releases for the Cups and following the privateers’ progress.

The criteria is that you actually have to work for a job, not the guy that rides for a semi-privateer team that’s doing it full time, and you have to get your bike through a dealer, not directly through manufacturers. We’ll announce the complete criteria in the new year.

We’re also excited, with support from Yamaha, to have the 125 Rookie Cup at Appin – for 13 to 15 year olds. It’s one of the premier classes at the Australian junior championships.

So the North and South series will be a race within the championship classes?

Correct. These guys will ride in the championship as they normally would, but they’ll be registered in the privateer tally, run separately while also scoring championship points overall. It’s really for the guys racing at a state level, working for a living, and can only make their local rounds.

They’re eligible to get support from their local dealer and sponsors, but the whole idea is to have four rounds in their areas with dedicated exposure, prizes, podiums and everything for them. It will help their brands as individuals moving forward in the sport. 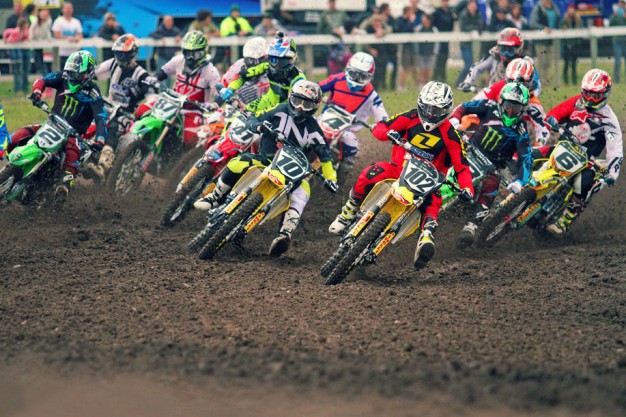 One important thing I see you mentioned is the exposure. Through WEM’s nominated media company, these classes will get specific coverage?

Absolutely. It’s not just here’s your point score, get lost in it all. We will have dedicated coverage for these competitors to create an opportunity for local sponsors to be exposed. I understand for a local sponsor in Victoria, what use do they get if their rider’s racing in Gladstone?

But if you’re sponsored by a local dealer or sponsor in Victoria and you’re getting dedicated coverage through the South Cup, that does hold value, whoever the dealer or sponsor is. The MX Nationals is the big stage, we have crowds, media and more announcements to come regarding coverage in the new year.

This year we saw rider numbers fluctuate through injuries and such, but from a promoter’s standpoint, what kind of numbers would you be happy with round by round in 2014?

We’re not going to be unrealistic about it in this market, but if we can sustain an average in MX1 and MX2 of 30 gates, that would be ideal. We know at the start it will be up, at Coolum it will be up too, but we’ll aim for an average of 30 in each class at each round. At the lowest point in 2013 we had 19, but at some rounds we were over-subscribed.

We had an enormous amount of injured riders, but looking at our feedback, we’ll have about 20 riders in MX1 and MX2 who will do every round. MXD will always be very strong during the opening rounds. On top of that, we’re hoping we can generate at least 10 additional entries through the local areas with support from their local dealers to really move forward again in 2014.