MotoOnline.com.au basically operates at full-throttle for 50 weeks per year, and this year, it seems we arrived at week 50 in a flash. In fact, every year in our five of operation it seems to go quicker and quicker.

The growth of the site and interest in Australian motocross, supercross and off-road this year has been mega, with a heap of quality contributors chipping in and helping present MotoOnline as it is along the way.

We’re in the final week of our 5 for 5 Contest over on our Facebook and Instagram accounts, so make sure you check them out if you want to win some really purposeful prizes from Link International.

The 5 for 5 Contest was to celebrate our fifth anniversary with the support of Link, Monza Imports, Serco, C&R Imports and Lusty Industries, which has been a real buzz across the course of the past five weeks.

Next year we’ll continue to evolve the entire program from the website itself to social media and more, plus we’ll continue to soldier on with our partner site CycleOnline.com.au. We’ll also be launching a brand new motorsport website for four-wheel fans (plus a bit of two, of course) next month. The new design that you’d be navigating MotoOnline on right now is a real asset to the work delivered on a daily basis here, optimised across desktop, tablet and mobile platforms to ensure our readers have the best experience possible no matter what device their reading it on.

There are still a few bugs to work through, as with any new website, but man we – and online technology in general – have come a long, long way since the brand was first created leading into 2009. It’s crazy to imagine the steps we’ll take in the future, which is a sign of progression I suppose.

MotoOnline.com.au will continue to be active throughout Christmas and the New Year period, albeit with a touch less news and features, however come Anaheim 1 on 4 January we’ll be charging into the new season just as the top riders and teams do over in the US.

For now though, thank you guys for stopping by every week and, for the majority, on a daily basis. We have a great group of fans, sponsors and colleagues that make this site (the core of which is Australian motocross) so epic to work on every single day!

Here’s Makker with his last MX Hub update of 2013…

Here we are about to take the checkers on another crazy year in motocross. 2013 really has seen it all, from controversies and shock signings and resignings, to sudden passings, epic comeback stories and huge upsets.

I’m in the middle of compiling a story for MotoOnline.com.au about all the shocks and upsets that went down this year; let me tell ya – when you take the time to look back and reflect on everything that’s gone on, 2013 has been pretty damn epic!

As the year winds down, news and releases coming out of the motocross camps drops to a near standstill. Really, all that’s been announced was a small release from KTM last night announcing that KTM is going to support four privateers next year with 250 SXs.

Included will be Kale Makeham (no surprise there), Brenden Harrison (ditto), WA charger Dean Porter and MXD title hope Jack Simpson. Plus, Louis Calvin will get support on his 450 SX-F. 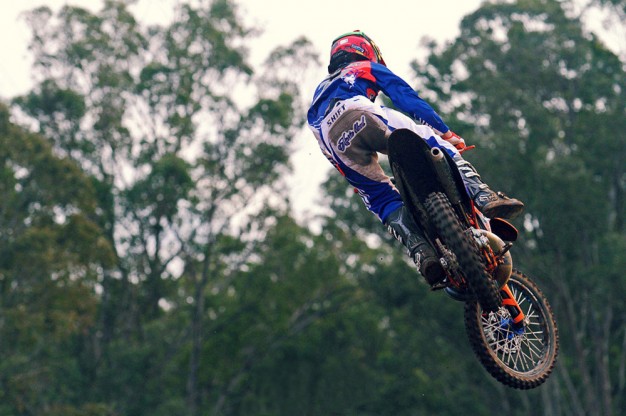 Behind the scenes, I’m also hard at work helping lock everything in for the 2014 Farm Jam, which will be held on March 1 at the bottom of New Zealand. It’s been a bit of a grind this year to rustle up the sponsorship dollars we need, but slowly and surely we’re getting there.

Tomorrow we’ll also open up the doors to riders’ expressions of interest to come over and ride some of the most amazing jumps and hills that have graced God’s green earth, and the ball will start rolling in earnest.

Meanwhile, I’m still putting in an unhealthy amount of testing hours on the new, upcoming Mad Skills MX 2 game. I’ve been mashing my thumbs since before the Wonthaggi round of the MX Nationals (yeah, it’s been a long process!), but the game is turning out to be an absolute cracker.

It’s crazy going back and playing Mad Skills MX 1 now, which almost seems like something released in the mid 90s by comparison! An official release date hasn’t been announced yet, but it must be getting pretty close now. In fact, I’d be surprised if MSMX2 isn’t released in the next six weeks or so.

Anyway, that’s all from me this week… and year! Hope you all have an amazing festive season, stay safe, and ride loads. Thanks for all your support through 2013 and we’ll be back bigger and stronger in 2014.