We’re getting into the final weeks of the year here as Christmas looms, with teams scrambling to cement their 2014 operations and riders desperate to lock-in those elusive contracts.

For some, such as dual national champion Matt Moss, next year’s plan is a goer and he’ll return with Motul Pirelli Suzuki. For others such as Lawson Bopping, his career sits in limbo.

With the release of the 2014 Australian Supercross Championship calendar going someway toward teams being able to concrete plans, we should see more and more team announcements – and there’s been a few this week.

But for the aforementioned Moss and Bopping, they’ll both spend January in the US contesting rounds of American Supercross. How will they go? Time will tell, but it’s definitely a topical point that we’ll be covering closely.

Bopping departed Australia yesterday, while Moss will head over later this week to begin preparation with Yoshimura’s factory Suzuki team. Jake Moss is actually already in the US, but on vacation rather than riding according to his social media posts. As Makker details below, in what is traditionally a quiet month in terms of news, we’ve seen some key details rolled out of late. With much still up in the air, I would expect January especially to be a hotbed of domestic announcements and information.

Personally I’ve been flat out working of the 2014 edition of MotoOnline.com.au that we launched last Friday, essentially ironing out any kinks in the platform and making sure we’re well and truly ready for a massive year ahead. It’ll be a heckuva ride!

And finally, make sure you check out the MotoOnline.com.au Facebook and Instagram accounts for details of our 5 for 5 Contests, celebrating five years of operation. We’re in Week 4 with another to go, and the response so far has been phenomenal.

That’s it for me this afternoon, here’s Makker with his wrap from the week so far…

Day by day, 2014 is starting to take shape and more information is released about what we can expect to see both from the riders and events that are on the cards.

Aussie supercross promoters IEG have released a provisional calendar for the 2014 Australia Supercross Championship and there have been a few changes to what we saw this year. Darwin will still host the opening round, but will only be a one-round affair held three weeks after the final round of the MX Nationals.

While the double-header MotoGP weekend at Phillip Island returns, Mount Gambier has been replaced by a round in NSW, and Brisbane will host the final round. 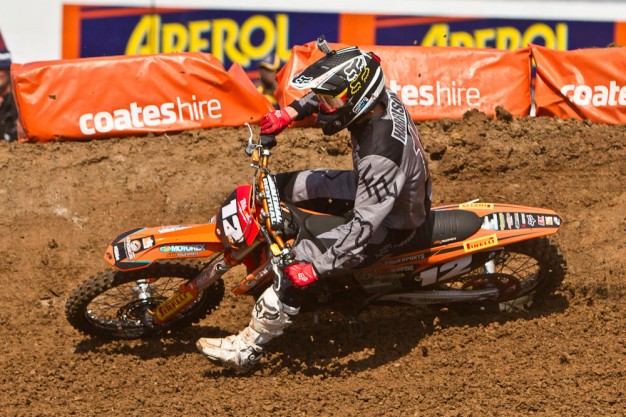 Meanwhile, it looks like 2013 MX2 dominator Luke Styke will run his favourite #26 in Europe next year. Styke has run 26 for most of his racing career and is pretty pumped to be reunited with his old number.

Red Bull announced the dates of their 2014 X-Fighters World Tour today. The venues are similar to what we saw this year, with the exception of the spectacular Glen Helen (USA) and Dubai rounds being dropped and replaced with a round at Munich (Germany).

As usual, the tour fires up at Mexico City, then hits Osaka (Japan), Madrid (Spain) and Munich. The final round at South Africa that fell through this year has been announced again as the finale for 2014. Let’s hope it goes ahead this time!

Speaking of Red Bull, it looks like their Straight Rhythm event will be one of their Signature Series events next year. We can’t wait to see how that all shapes up!

Anyways, that’s all from me this week. Make sure you tune back next Wednesday for more news and pit buzz.