Reflecting on the year that was in US supercross and motocross.

With 2013 in the books and the 2014 American Supercross series staring us in the face, AG asked me to put together a little top 10 list for you. So without further adieu, here are the top 10 stories, in no particular order from the year that was in the US. 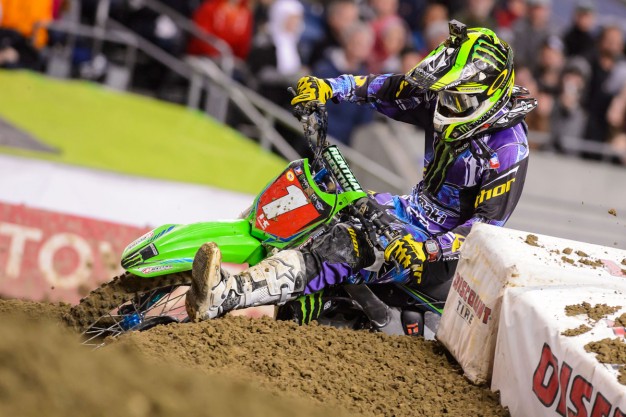 Ryan Villopoto: Even though the guy’s got three 250MX titles and has swept the 450SX and MX titles once before, believe it or not there was still doubt going into 2013 about if Villopoto was the very best racer in America. Seriously, there’s always talk about this guy or that guy being able to step up and win a title but after 2013, there’s no doubt that the sport is owned by the Washington State native until further notice. Once again winning both 450 titles is dominating fashion, Villopoto seems to be only stopped by injury (something that’s happened to him twice now in his 450 career) and we’re done with the talk about who could give him trouble. The only person who can give him trouble is himself. Period. End of story. He’s 11 SX wins behind Carmichael for second all-time and he’s got seven SX/MX titles – tied for the second most of all time. He’s simply the best there is these days.

Slippage: 86 supercross wins. 57 motocross wins. Eight national titles. That’s the combined win stats for James Stewart and Chad Reed. Two of the all-time greats in the sport and 2013 saw the beginning of the end for these two icons as they both suffered through their worst seasons of their careers. Stewart started off by tearing some knee ligaments at the first race, winning one supercross and then struggling through the outdoors. Reed was worse as he couldn’t even make one single podium and battled with his Honda. If you’re Stewart, you’re thinking that it’s not that bad, after all you still set plenty of fast times, you won a lot of heat races and you were injured. If you’re Reed, you know that you have plenty of work ahead. It remains to be seen if Stewart (won the Monster Cup in a nice ride) or Reed (switched to Kawasaki) can regain their usual high standards and if they can do it, we’ll just remember 2013 as an off year but if they can’t, 2013 will be remembered as when it all started falling apart. Remember kids, even icons get old.

Folding up: Unfortunately, 2013 wasn’t all that awesome for three teams in the SX/MX pits as Velocity 3, JDR KTM and L&MC teams all folded up operations mid-season (start-up team Velocity probably set an all-time record with only five races completed before calling it a day) and left a lot of good riders and support people looking for work. It’s a sign of the times over here in American racing, yes it’s better than what it was five years ago but there’s still a long way to go to make owning a racing team a viable operation. 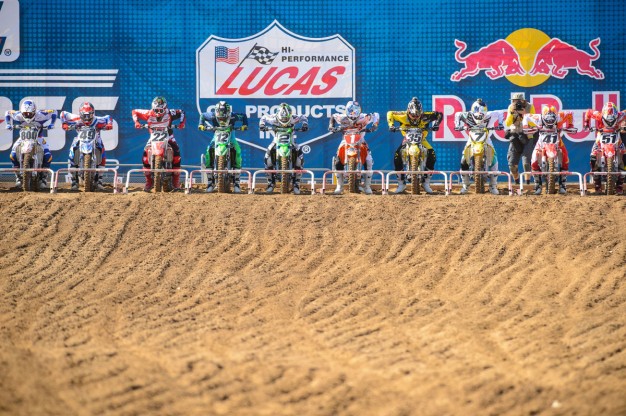 New champs: 2013 saw a couple of new champions as Kenny Roczen beat defending champion Eli Tomac in the 250SX west series and Wil Hahn captured a bit of an unlikely 250SX east crown. Roczen’s win wasn’t without drama as Tomac managed to rebound from his crash-induced DNF earlier when Roczen unbelievably didn’t qualify for the Salt Lake City round. The 250SX west series was high drama compared to the eastern side that saw Hahn come out and win rounds two and three over the highly favoured Dean Wilson (and main challenger Marvin Musquin) and then hold off the challenge of Musquin to win his title at Las Vegas when Tyler Bowers wouldn’t let Musquin pass in the waning laps. Congrats to both riders on their first American titles.

Moving on up: Once again we see the 450SX and MX classes get injected with some up and comers and in 2014, it’s in the form of Tomac and Roczen. In 2013 both riders battled hard for both the 250SX and MX titles and split those between them. From there it’s onto the 450 class for both guys (but not before Tomac was courted and aggressively pursued by RCH Suzuki and JGR Yamaha before settling back with his old team) and they’ve now officially jumped into the deep end of the pool. And don’t forget about Wil Hahn, whose also up there with the big boys. 2014 should be incredible, interesting, exciting and fantastic all at the same time and we’ll have the new guys to thank for that.

In good hands: But with those riders moving up, we’re seeing that once again the American motocross factory called Loretta Lynn’s is doing its job and producing some top talent. 2013 saw Alex Martin make podiums while his teammate Cooper Webb turned pro for the motocross nationals and showed great speed. The ‘next one’ is supposed to be Adam Cianciarulo and although his debut was put off by sickness, he did show speed and made a podium in one moto. Martin, Webb and Cianciarulo are just three reasons why the future of American motocross is in good hands.

Farewell: It wasn’t the farewell that many riders want to have, but in Kevin Windham’s heart it had to be done. One of the most beloved riders out there, Windham only has a couple of 125SX titles on the mantle, but he won a ton of races and was the people’s champion out in the pits. Windham had planned to call it quits at the end of 2014 but after the first practice of the third race in 2013, Windham pulled the plug right there and then in the Anaheim stadium parking lot. Thanks for the memories K-Dub! 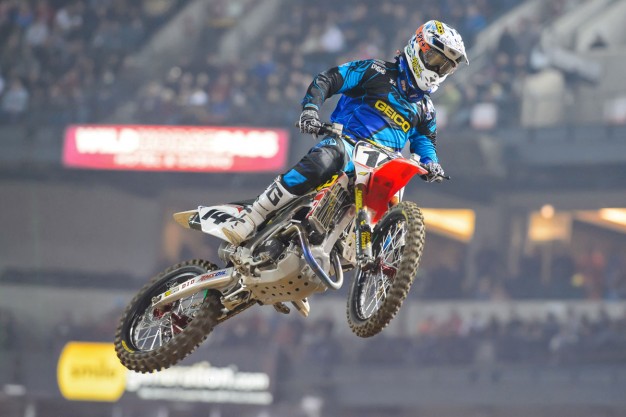 The struggle: It’s been over 10 years since Mitch Payton’s Pro Circuit team hadn’t won a championship but in 2013, that’s exactly what happened. The premier powerhouse 250 team in the pits, Payton for years could roll out his squad of riders and the wins would just happen. It was the Pro Circuit magic. But in the first turn of the first race his 250SX and MX title hope (Blake Baggett) went out with a wrist injury that would haunt him all year. Then Dean Wilson crashed out of the 250SX east series and when he moved up to 450MX crashed out there as well. Darryn Durham missed supercross with an injury, Martin Davalos didn’t get it done, Tyla Rattray wasn’t as good as before and Cianciarulo and Justin Hill were rookies. And poof, that’s how you don’t win any titles and only win two races all year. This just in – GEICO, Red Bull KTM and Star bikes are all great and their riders are as hungry as ever. Can Pro Circuit get back to the top in 2014?

Switch: 2013 was a great year for the Rockstar Energy Racing team. Somehow abandoned by Suzuki, owner Bobby Hewitt stuck with the brand he’d been running for years and hoped that somehow support would come with the results. Well, the results were there but the support never really came. Davi Millsaps shocked the industry when he came out and won A1 and San Diego and carried the points lead for over half the year. It cemented Millsaps status as a real, true contender after a good year on JGR Yamaha but one that came after a lot of injuries from everyone else. 2013 showed that Millsaps was indeed that fast. 250 riders Jason Anderson and Blake Wharton both won supercross races and all in all, the team was very solid. And they were rewarded for their hard work with factory support from KTM for 2014.

Live! Live!: American supercross and motocross is a bit splintered with multiple promoters and sanctioning bodies controlling different aspects of the sport. You have Feld promoting the supercross races while MX Sports does the same for the outdoors. Then you have the AMA and FIM involved with supercross while motocross seems to have limited involvement from the AMA and the FIM is nowhere to be found. All of these people need to get in a room and figure things out for the health of the sport (help the teams, increase purses etc) but that’s pretty doubtful to ever happen until some key people with the names of Ryan, James, Chad step up and help. But it’s not all doom and gloom with both Feld and MX Sports doing a great job with the TV packages and there’s never been a better time for fans to watch live supercross/motocross racing on the tube. This can do nothing but help grow the sport and props to the promoters for making this happen but there’s still a long way to go.