It’s been an interesting week for Australian off-road, headlined by a couple of highly anticipated team announcements ahead of 2014. Motorex KTM Off Road Racing has formed up its line-up, as has Husaberg in its swansong season.

It’s now widely know that KTM will field the dynamic combo of Toby Price alongside team newcomers Matty Phillips and Peter Boyle. Price’s re-signing was no surprise, however the other two came in from left field and add a heap of excitement to the sport in 2014.

For Price, next year will mark another step in his comeback trail and chances are he’ll come out swinging at his very best. The thought of Price vs CDR Yamaha’s returning champion Daniel Milner is a thrilling prospect!

“My goals for next year are simple – I just want to be back where I was,” Price said. “It’s going to be a tough year because everyone has progressed heaps and I’ll need to catch up, but I need to win so I know I’m okay.

“My recovery has been good, I’ve just got to put that behind me now and focus on the tasks ahead. Of those tasks Finke and Hattah are the ones I’m looking forward to the most. Those are the races that will give me a chance to race in America in 2015. 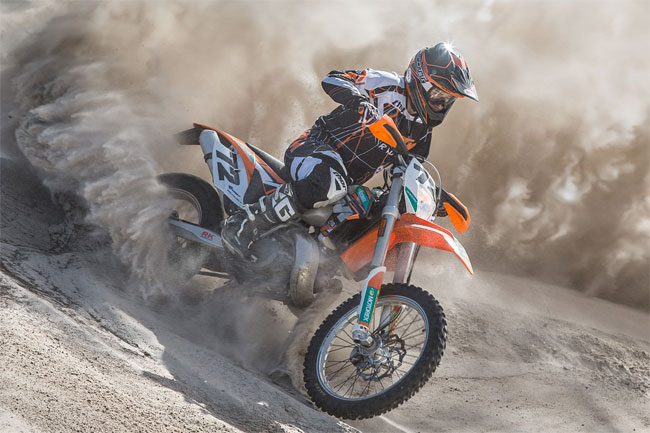 “This year was a big let down on my behalf so I’m just keen to get back into racing and want to do well for myself and KTM, and to say thank you to all my sponsors for keeping their support in our team and in me.”

Phillips, who this year won the World Junior Enduro Championship at his first attempt and will contest next year’s world championship with the high-profile Farioli KTM team, is fortunate to be able to attend almost all the Aussie team’s target events as well.

“I’m really excited to join the KTM family and I’m looking forward to working alongside Brad [Williscroft] and the team that I always imagined I’d be a part of,” Phillips explained.

“I’m real excited at the opportunity to race overseas in the world championships, then race with the guys here and hopefully share some of the things we’re doing in Europe with Brad and the guys. Best of all I’ll get to visit my friends and family during the season as well.

“I have eight weekends of racing with the world championships and I haven’t finalised my timeline yet but it looks like I’ll get to almost every race the Motorex team has targeted including Hattah and some of the other desert races that it can offer.”

Boyle, one of the most versatile and skilled riders racing in Australia, competed at national level across enduro, cross country, enduro cross, desert and even motocross in 2013, and is excited about the prospect of joining the Motorex KTM line-up. 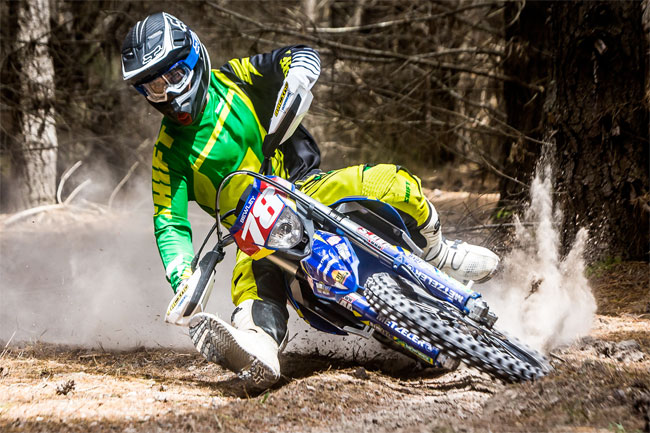 “I’m over the moon. I’m really grateful about the opportunity Wonka and KTM have given me to work with a great team and I’m really looking forward to next year,” he said. “I hope I can really perform and bring some results to the table.

“The KTM 250EXC-F feels awesome, it has great power and just handles really well and I’m feeling confident and comfortable on it already. I feel like I can get some results with it. I know both my new teammates well and get along awesome with them so there should be some good times to come.”

Following that, Husaberg confirmed that it will field an experienced duo of Geoff Braico and Jarrod Bewley. Both riders will see the brand off in its final year of operation and between them you can expect a heap of solid results.

So far we have the aforementioned KTM team confirmed, Husaberg and Active8 Yamaha teammates Josh Green and Tom McCormack. Apart from that Daniel Milner has re-signed with CDR Yamaha, but we continue to await the rest.

Where will Chris Hollis wind up? Has Stefan Merriman got another season in him? Will Husqvarna continue to field a factory team now under a new distributor? And much, much more. Looks like the silly season is still in full swing!