Matt Moss did it all in 2013, stepping up to the 450 class full time with Motul Pirelli Suzuki and winning the MX Nationals/supercross double for the team. It was a season that dreams are made of, earning him the number one plate full time for next season.

MotoOnline.com.au spoke to Moss today to speak about his success, that incident between twin brother Jake and Josh Hill, plus his freshly-confirmed plans for 2014. 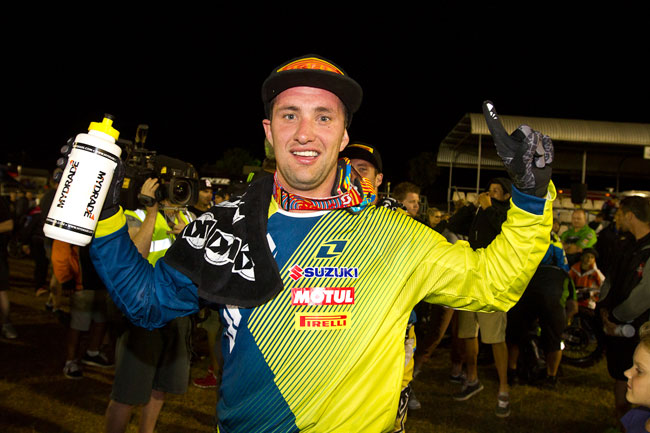 First up, congratulations on the supercross title. You must be stoked?

I feel really good – the year’s been great for me. It started a little slow, but got going and just kept rolling. The team was just unbelievable and were 100 percent behind me, which will stay that way for next year.

We had our battles, with Todd Waters in motocross and then Jake and Josh Hill in supercross, but it was all good.

Since the weekend there’s been much discussion about the incident between Jake and Josh, so does that take anything away from the championship for you?

Just the people, the media and those that would rather speak about the downside of supercross rather than congratulating the Australian champions. I think it was a shame, but all in all, people need to realise Jake was in it for the championship.

They can say he did it for me or whatever they want, but if he had of passed me for the win then he would have been champion. Bottom line. He did everything he could as a privateer and they’ve done a great job. Congratulations to Jake and Hill, three Suzukis on the box – we can’t complain.

I felt like my title was overshadowed and a lot of people said nasty things that shouldn’t have been said, but I’ll let it go and we will keep moving forward.

Two titles was a perfect way to enter the 450 class full time in 2013. I know you’re comfortable with Suzuki, so will you be back there next year?

Yeah, definitely. At the start of the year people said Moss brothers would be quick but they’ll crash out. It’s good to prove them wrong, I’ve learnt a lot this year and I’m riding controlled at my potential.

I love the bike and I’ve signed with Suzuki for 2014, plus we’re heading over to America to ride the first four rounds over there. I can’t wait to continue my relationship with Suzuki and to try defend these titles. 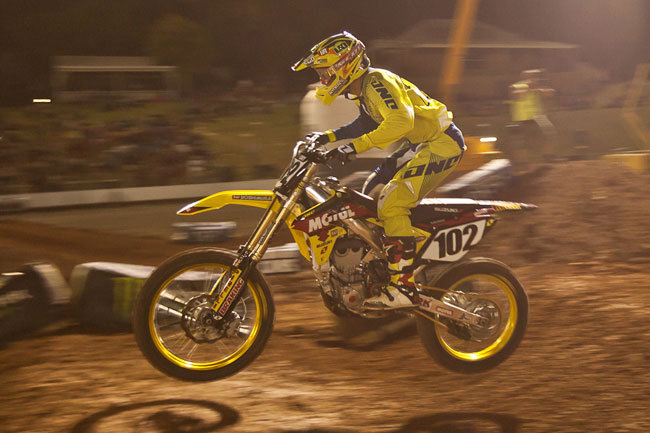 We had heard you mention a few times about the American rides – do you have any more info on that at the moment?

Yeah, that’s 100 percent. I found out today for sure, so I’ll be riding a Suzuki RM-Z450, basically the bike I rode here, but with some more help from Yoshimura and the factory Suzuki team over there. I’ll get to ride the test track, do it right and try to go good.

Awesome! So what are your plans between now and Anaheim 1 at the start of January?

I’ll probably head over in the next two to three weeks, I just need to get the right people behind me. I’d really like Dan Reardon with me, to train me and keep me focused, because I won’t have an off-season so I need to ride the right amount and not over-train.

When I get back I’ll pretty much head right into motocross, so I need to keep my mind on the job and focus on the goals ahead. We’ll just keep going the way we are.

Perfect, well thanks mate, best of luck over there and congratulations once again.

No worries. I just wanted to thank the Motul Pirelli Suzuki team for all their hard work, plus my personal sponsors Moss Institute, Alterego Elite, Mydrade, LKI, Scott Goggles, On Traxx Earthmoving and the McLeary family.