Hart & Huntington/InsureMyRide/DPH Motorsport Suzuki ripper Sam Martin has found some late-season form in his rookie year within the 450 class, and a podium performance at round five of the Terex Australian Supercoss Championship at Phillip Island was the icing on the cake.

With the season winding down and teams now looking to fill their rosters for 2014, MotoOnline.com.au caught up with the impressive 18-year-old to find out how he’s feeling and why he’ll miss the final supercross round at Toowoomba next month. 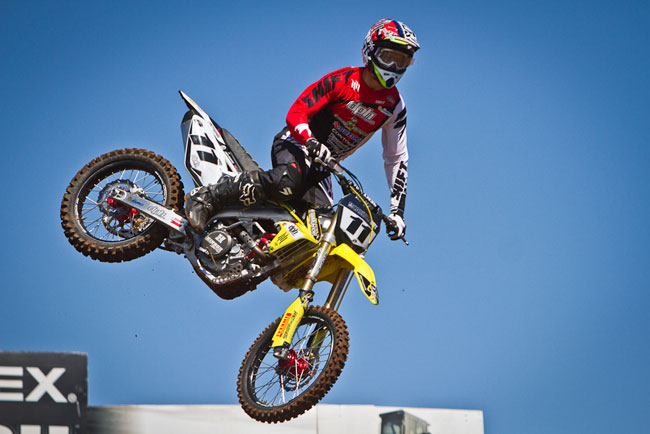 Sam Martin was in fine form at Phillip Island to cap off his 2013 season. Image: Grant Reynolds/FiftySix Clix.

Sam, congrats on your podium, big guy. That must feel pretty good, yeah?

Oh it was overwhelming, to be honest. It’s not something I expected to do this year, seeing as it was my first year in the premier class, but I did know that I had it in me. I’ve won races in the Under 19 class last year, but they’re like a club race win compared to getting on the SX Open podium. It was an emotional moment for me.

You seem to have found another gear towards the end of this year’s season. What do you put that down to?

At first I was a bit nervous about stepping from the Under 19s to the MX1 class and I didn’t know what to expect. I didn’t know a lot about bike set-up, but I learnt a lot and started to get some confidence in the class. I’ve really been working hard this year and it’s now starting to pay off with some good results.

But even your attitude has changed. It seems like you’ve matured a lot from this time last year.

[Laughs] Yeah it’s amazing how far you can come in 12 months. I’m only 18 and it’s easy to get distracted by all the things that go on outside of racing, but I’ve realized what I want to do, and that’s to race dirt bikes for a living.

It’s still a learning process trying to establish what’s good and what’s not, but I’m getting there. If I can come this far in 12 months I can’t wait to see where I’m at this time next year. 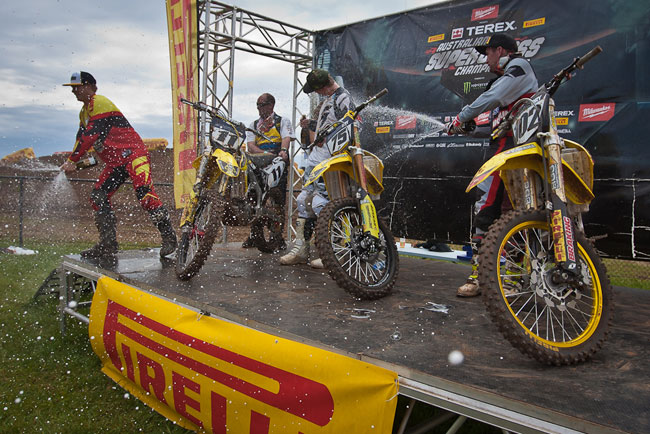 What do you think of the supercross series so far?

It’s been really good for me. I’ve achieved all the goals I wanted to and more. We’ve got a new-look team with some new people on board after motocross and it’s worked out well.

Having Josh Hill as a teammate has been unbelievable too. He’s such a cool, humble guy and is always happy to pass on his advice to me. We’ve been riding both at [Kade] Mosig’s place and at my track and we’ve been doing stairs together.

Now what’s this we hear about you missing the final round of the supercross at Toowoomba?
Yeah, I’m scheduled for a knee reconstruction next week to get my ACL and MCL fixed. We went and saw a doctor three or four months ago and he only had one opening left for next week, otherwise we’d have to wait another two months for the operation.

As much as I’ve enjoyed the supercross, I’ve decided it’s best to leave on a high, go under the knife and get ready for the MX Nationals. If I waited another two months I wouldn’t be ready in time for the motocross season.

Man, another rider off the start grid! The field is starting to look pretty small for Toowoomba.

Yeah, it’s crazy. There will only be a handful of factory guys and a couple of privateers there if it stays like it is right now. I hope they still get a good turnout of riders to finish the year on a high note. 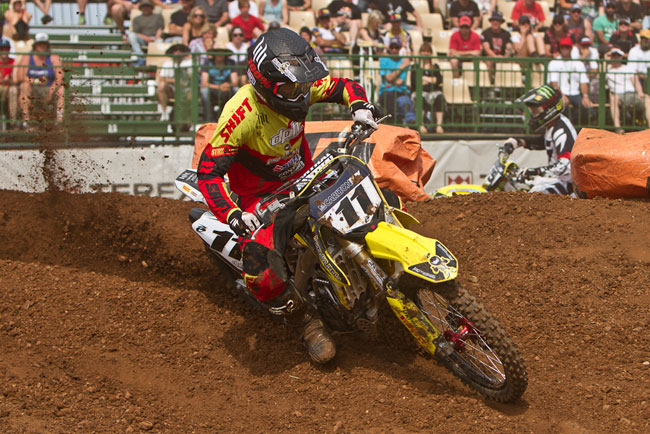 Speaking of teams, have you had any offers for 2014 as a result of your latest results? Surely you must be on a few radars now.

I’ve been speaking to a couple of teams since Mount Gambier and they seemed interested and were happy with my results. I haven’t spoken to them since the weekend, though. We’re just waiting for budgets to get sorted and see what comes up, but I haven’t had any contracts thrown my way.

At the same time, I’d love to stay where I am, as I think this team has come a long way and I get on well with everyone. It’s all stuff to think about.

For sure. Well, all the best with the operation, mate. Looking forward to seeing you behind the gate again in 2014.