The Monster Energy Cup is this weekend in my hometown of Las Vegas and it’s the third year of an event that, in my opinion, is much more of a hit than the US Open, which was an event that ran from 1998 to 2009 inside an arena at MGM Grand Garden Arena. That race was an arenacross that started off as pretty cool, but by the end of its run, it had run its course.

The MEC is in the stadium, is a full-size supercross track and is a little more accepted by the teams and riders than the US Open was. The competitors look at the race like a chance to do some real-time testing as opposed to the US Open which was too tight and not truly a supercross.

One thing that I like about the MEC is the folks at Feld take some chances with the format. An addition of a Joker Lane that is about a five/six second little section that the riders have to take once per main event is a good addition. There’s actually some real strategy involved as to when to take it. If you’re stuck in some traffic and can’t get by some riders, we saw the front-runners dive in and take it.

If you’re out front with a clear track, it’s good to take it later on when you’ve (hopefully) got a gap on everyone. And last year we saw Eli Tomac take it early and then he was able to make up enough time that when leader Justin Barcia dropped in and took the lane, it was all Tomac needed to make the pass and win the final main event. Predictably Barcia expressed displeasure at the thought of a Joker Lane after the race while Tomac was all for it.

And by the way, in another winkle, the event is three 10 lap main events. The first year of the event saw the races go almost 25 minutes and were a tad boring as Ryan Villopoto ran away with each race. Some track changes last year made each main much shorter and therefore, more exciting. With three starts, there’s much more a chance of something exciting happening. The three 10 lappers also keep everything short and exciting for the fans. I hope there are thoughts to implementing some of the MEC changes into one of more of the 17 supercross rounds. We need some changes to the series whether it’s Joker Lanes, different main event formats or even changing up the points structure to award points to holeshots, laps led, fastest qualifiers or whatever. But for now, I’ll go to the Monster Energy Cup this weekend, enjoy myself and hopefully one day some of these changes I’ll see in our regular series.

Going to be interesting at the MEC as there’s no 250 class so riders like Cooper Webb, Marvin Musquin and others are jumping up to the 450s to battle with the likes of Ryan Villopoto, James Stewart and Ryan Dungey.

One rider that I’m definitely going to pay more attention to than others is Pro Circuit’s Dean Wilson. As we know Wilson tried to make the jump up to the 450 class last season before his team disintegrated and he went back to his old team (Pro Circuit) in the 250SX/450MX class.

But then he was surprisingly getting beat in the 250SX class before he crashed out with a serious injury. Once he came back for the outdoors it was going okay before his bike blew up on him while practicing and he did his recently repaired shoulder in again and went under the knife.

It’s been a frustrating two years for Wilson who, remember, won the 2011 250MX title in some great riding. When we last saw Wilson healthy and ready to rip he was equal to Eli Tomac and Justin Barcia indoors and a better rider than them outdoors.

So why are so many people counting him out? Wilson will be back and hopefully he can stay healthy. If he can, remember though shoulders are a tricky thing (ask Robbie Reynard) there’s no reason why he can’t go out there and start his career path once again to being a top rider in the 450 class.

He’s taking 2014 as a rebuilding year and going to try and get that 250SX title he’s never been able to get and after that, it’s up to the 450s. I’m a believer in Wilson and I hope the kid can get back on track. Stay tuned. 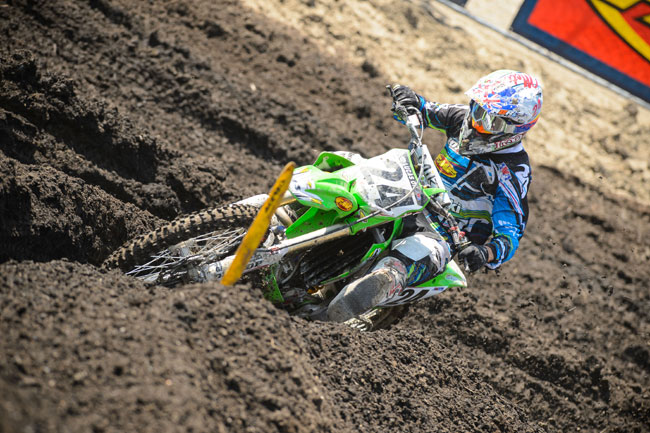 I did an interview with Aussie hero Brett Metcalfe this past week right here over on Pulpmx.com and the lucky people of Australia will get to see him as he races three of the Aussie SX rounds for ADR and SIC Clothing.

Metcalfe spoke about his great ride on Saturday at the MXoN where he won the MX1 qualifier over the world’s best riders. And although he couldn’t repeat that on Sunday for the race, Metty still put in some more than respectable rides to end the day inside the top 10 overall and help Australia to a fourth overall at the very prestigious race.

It more and more sounds like Metcalfe won’t be racing in the USA next year – he just can’t find a ride that pays – and will be going back to Canada in 2014 to defend his MX1 title.

It’s a real shame that a rider like Brett can’t seem to find a decent ride as he’s a top 10 supercross rider and a top five outdoor guy. Hey, teams in America, you’re all so happy with your riders that you’re going to take a pass on Metcalfe? Scroll down some of the riders that are employed and I dare you to not think that Metcalfe isn’t better than 50 percent of them.

I don’t get it sometimes, I get that there are so many things that go into hiring a rider but since when does the sport not have room for a top ten 450 rider that has fans, doesn’t have any drama and is a nice guy?

Sometimes I wonder if some of the decision makers in our sport are on serious drugs. Honestly, I really do…