Remember when Reed and Matt Moss stole the show for Suzuki in Adelaide?

This weekend the Terex Australian Supercross Championship will officially return to South Australia, as Mount Gambier hosts round three of six on Saturday night.

Five years ago, the last time national supercross visited SA, it was under the guise of Super X with Chad Reed the star of the show in what was former promoter Global Action Sports’ first season promoting the sport.

Reed, aboard a Suzuki RM-Z450 at the time, swept the inaugural Super Sprint race format of the series.

With the new format seeing riders conduct a series of shorter races, Reed won both his heat and semi final contests by well over five seconds ahead of his nearest competitors. 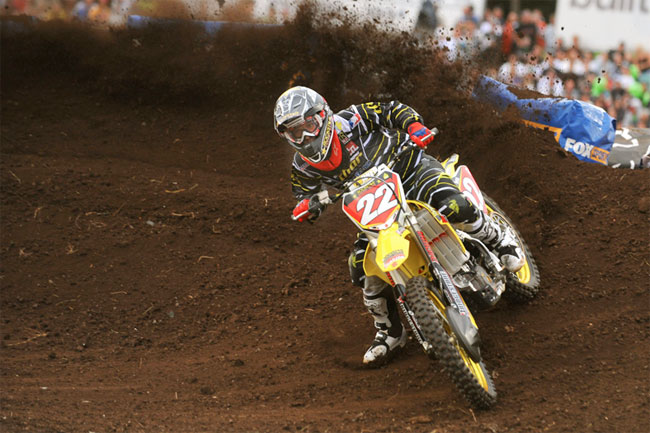 Chad Reed won the 2008 Adelaide Super X for Suzuki on his way to the championship.

Reed breezed through the initial practice and qualifying before setting the pace in the Superpole one-lap shootout, recording a time over 1.5 seconds quicker than anyone else.

The then 26-year-old didn’t get the best of starts in the five-lap final and on the opening lap was sitting back in sixth place. In true Reed style he smoothly manoeuvred his way through the field and was in control of the race by the end of the second lap.

“We had a lot to learn out of today,” said Reed. “The new format did throw up some interesting results but the track was very technical which made it tough.

“This series is going to keep evolving and we will keep fine-tuning the race formats to ensure we give the fans the best experience possible.”

“What was pleasing was to see how much the Pro Open guys have stepped up since the last round, they really went out hard and put it all on the line.”

Completing the overall podium in the Pro Open class that night was Jay Marmont and Daniel Reardon, the two most recent MX Nationals champions at the time. 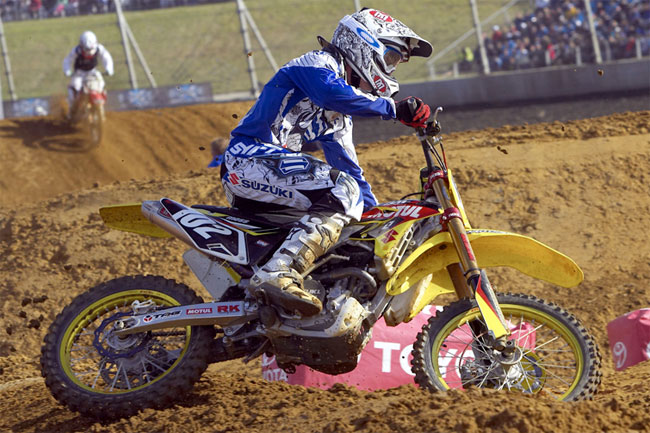 Matt Moss won Adelaide on his way to the Pro Lites title in 2008.

In the Pro Lites class it was brothers Matt and Jake Moss who went 1-2, much like they did at Darwin’s 2013 season-opener last month. Ryan Marmont, who was defending his title at the time finished in third.

“I’m stoked, it’s an awesome result and moving into the share of the championship lead is a nice little bonus,” Matt said. “The Suzuki RM-Z250 was fantastic all day, I gave myself a bit of extra work to do in the heat, but we managed to get through.

“Our gate and my start in the final weren’t great, but I kept my head down and picked my way through the field. We reeled in Jake and had enough speed to get past him and take the win.”

It feels like an eternity since supercross was last in South Australia with many changes since then, however one thing is certain – it’s going to be a welcome return.