Australia's star of the 2013 Motocross of Nations speaks to MotoOnline.com.au.

After claiming his first GP win in August, the 23-year-old Monster Energy Yamaha racer blew the socks off the international scene when he posted the fastest lap time of any rider at the MXoN (on a 250F!), holeshot both races, and finished runner-up behind Ken Roczen in MX2.

MotoOnline.com.au caught up with Ferris after a celebratory barbecue with his Australian family and mates to find out what went down and how it feels to end the season on such a big high. 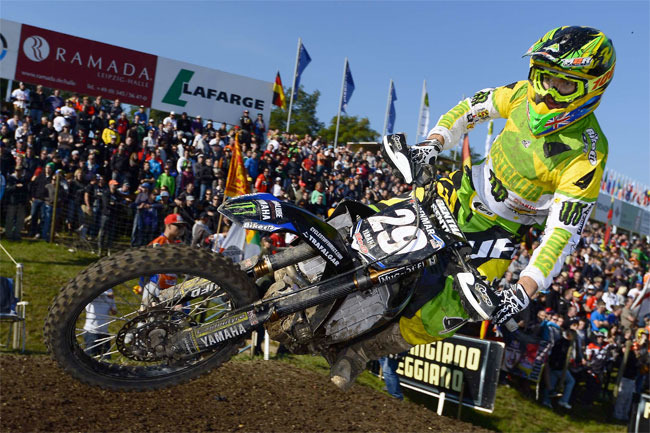 Dean Ferris was the standout for Team Australia at Teutschenthal last weekend.

Dean, man, wicked effort over the weekend, buddy. You must be so pumped. How was the lead-up to the Motocross of Nations?

Thanks man, yeah, I’m pretty stoked and excited I rode so well. We had two weekends off in the lead-up, which is the biggest break we’d had all season. We did some bike-testing and worked on a few things there, then my friends, family and coach John Hafey rented some campervans and camped at the track and had barbecues and hung out, just like we would back in Australia. It was definitely good times.

So with your bike testing you did before MXoN, did you find some extra horsepower or something? Your bike is a weapon off the gate and you holeshot every moto against the 450s.

Nah, the motor’s been the same all year, we didn’t really touch it. We did work on out gate preparation and starts though. Starts are so vital and they’re always my game plan, even at the GPs, and I wanted to nail all my starts.

My Aussie teammates Todd Waters and Brett Metcalfe were happy to give me the inside gate for both motos and I’m so thankful for that. It would’ve been tough to get a start from the outside on a 250.

The MXoN is the biggest event on the racing calendar, you’re representing your country and you’re up against the fastest riders on the planet. How were your nerves leading into the event?

I don’t get nervous at all, eh. I was just pumped to be there. The most nervous I got was actually just before the event when I had the police chasing me on a mini-bike through town. I was shitting bricks about that, and if I’d been caught I would’ve been thrown in jail and missed the whole weekend.

That’s hectic! Right, so you get to the event and you set the fastest lap of the whole weekend in timed practice. Were you surprised to find you were so competitive against the likes of Eli Tomac and Ken Roczen?

Yeah I was really stoked on that timed practice lap. I hadn’t claimed a pole position all year, so I was pumped to bang that out. It was the fastest lap of the whole weekend against all the bikes and yeah, I was a bit surprised that I was quicker than the likes of Tomac and Roczen, but I don’t let anyone faze me. I just put my head down, arse up and don’t think about it. 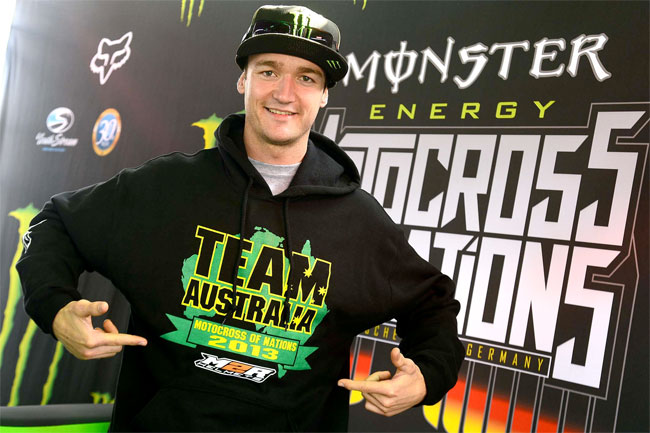 Ferris further cemented himself as a contender on the world stage following a stellar 2013 season.

Let’s recap both motos. You were the guy who really solidified Australia’s fourth place result.

Yeah in moto one I put the hammer down and got the holeshot and started to run away with it. On the third or fourth lap a big gust of wind caught me off a jump and blew me off the track and I lost the lead and dropped back to third. I got into a battle with Tommy Searle and brought it home in fourth.

In moto two I pulled a better, clear holeshot then Roczen passed me on the first lap. I then made a mistake in the same spot and let Eli passed for second. Justin Barcia and Clement Desalle and I got involved in a three-way battle, before the wind blew me off the track in the same spot as it did in the first moto. I closed up on Barcia again, but couldn’t get close enough to pass him and finished fifth.

Your results over the weekend caused a bit of a stir on the international scene, especially in the US where a lot of people hadn’t heard of you.

Yeah for sure. Personally I expected to be one of the top MX2 riders but I didn’t know I’d finish so far up the overall order. My practice times were as good or better than the 450s and my actual results were better than I expected.

The USA guys seemed really surprised. I did a podcast with Steve Matthes from Pulpmx and he said Twitter was going crazy. The Europeans weren’t that shocked, because they kinda know who I am after two seasons of racing.

How was it representing Australia alongside Metty and Waters?

It was awesome. Those guys can ride well and we had a plan where we wouldn’t hold each other up if someone was coming through.

Metty was my teammate at the MXoN at Colorado and it was great to hang out with him again. He’s a really cool guy and I look up to him a lot.

Todd and I have been rivals our entire lives and it was cool for us to do the have that history and now ride for our country together. I haven’t seen him in a while, so it was awesome to catch up.

I think he’ll do well over here next year. There are a lot of other elements, such as travel, involved with the GPs, but he’ll work it out. It can take a year or so to come to terms with racing here, but you never know – Reedy came over for a year and whipped everyone’s arse! 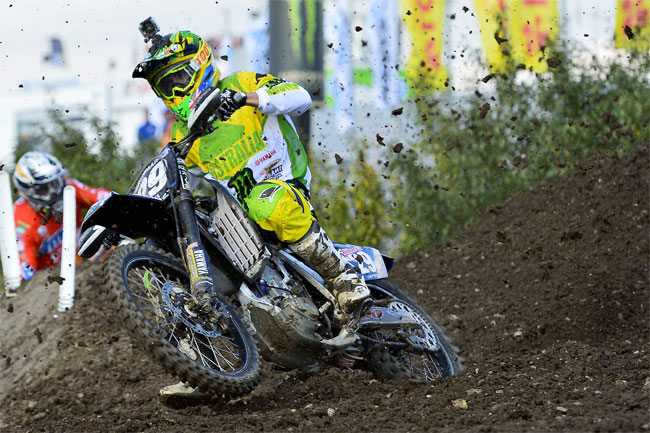 Ferris set the fastest lap of the entire weekend aboard his YZ250F.

True that! Well it’s the end of the season now. When are you planning on heading back home?

I’ll be here for another month testing the YZ450F flat out for next year’s MX1 season. I won’t have time to do a lot else, so I’ll get this month out of the way then get back to the sunshine and work on my tan, enjoy a cold stubby with the boys and catch up with my mates. I do love it here in Europe, but Australia’s always home.

You mentioned you’re stepping up to MX1 next year. What are your aims for 2014?

I want to see myself in the top five for sure, and getting on the podium if possible. The better you do the more ambitions and goals you have, and I expect to go better than what others expect of me. In a couple of years my goal is to have won a world title and hit up the US scene, depending on if or when the opportunities arise.

Great stuff, mate. Well enjoy your last month in Europe and we’ll catch up when you’re back in Australia.