As a factory-supported development team in the MXD/Under 19s category of the MX Nationals, Australian Motocross Championship, you’ll find a hotbed of rising stars who have risen through the GYTR Yamaha team.

Managed by Scott Bishop and housed out of Yamaha Motor Australia’s Brisbane’s base, the GYTR team has assisted in the rise of riders such as newly-crowned MX2 champion Luke Styke, fellow Serco Yamaha factory rider Luke Arbon, Harley Quinlan and many more.

When you’re part of the GYTR Yamaha team expectations are high, placed in a line that Yamaha hopes will see riders eventually filter through to the Serco Yamaha (MX2) and CDR Yamaha (MX1) powerhouses. For 2013 those riders selected for GYTR were Jay Wilson and Joel Dinsdale.

Wilson battled through a difficult start to his outdoor campaign, but come home strong in the series’ second half. He was fourth in an MX2 wildcard appearance during the Conondale round, then went on to win Hervey Bay’s seventh round. To close the season Wilson took back-to-back victories at Toowoomba and Coolum, finally reaching the potential he was expected to possess from the outset in 2013. He ended up second in the championship behind KTM two-stroke mounted Kiwi Hamish Harwood.

Meanwhile, Dinsdale was no doubt fast and won the Broadford overall, but lacked consistency to challenge for the championship. With experience now on his side, those expectations will largely be placed upon him next season.

GYTR Yamaha invited MotoOnline.com.au out to Queensland Moto Park just days following Coolum’s finale to test the YZ250F, on the same day that we had Dan Reardon also ride the factory race bikes of CDR Yamaha and Styke.

Reardon came away from the test impressed with the GYTR Yamaha YZ250F. Since Wilson’s a client of AlterEgo Elite and Reardon also used to work with his mechanic Mike Ward, the former national champion came into the test on familiar terms with the team. Reardon was impressed with the balanced handling of Wilson’s ride. Image: Greg Smith/iKapture.

“Straight away in terms of basic set up, when we speak about ‘bars and that kind of thing, Wilson runs a pretty unique set up,” Reardon explained. “The bend is pretty low and they swept back a little bit, plus the levers are really low.

“That takes a couple of laps to get used to, but overall even though Jay’s a lot lighter than me and I expected it to be fairly soft as it was, it was still balanced, comfortable and actually a really easy bike to ride.

“They did a great job of setting the bike up. I’m a big believer in going as soft with the suspension as you can get away with – you need to use the suspension whilst it’s there. The balance was great and it’s a really nice setting to ride with.”

Reardon noted a vastly different engine configuration to the Serco Yamaha YZ250F of Styke (click here to read). It was more suited to Reardon, but both were positive in their own ways and set for their respective riders. 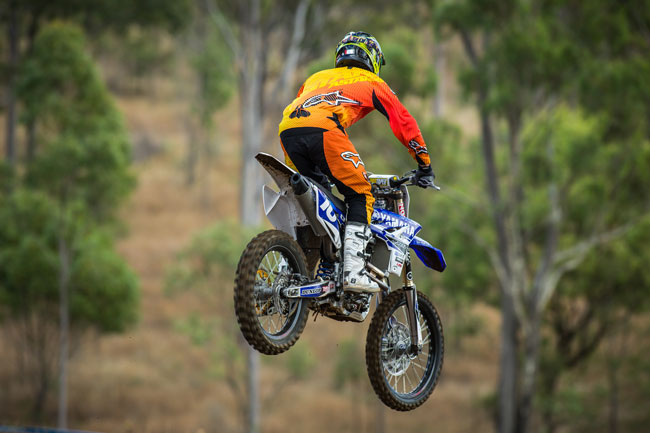 “The major difference between this bike and Serco’s is that it likes to be revved,” Readon continued. “Being a heavier guy, I couldn’t use the torque that Serco developed, so I have to use the bike in a higher rev range.

“Jay’s bike was able to do that with me on it and it just kept on going. The way he rides, he’s a rider who likes to rev the bike, so it suits him to a tee and they’re both strong for 250Fs – it wouldn’t surprise me if the outright numbers were really similar.”

As per the team’s title sponsor, GYTR Yamaha uses an assortment of parts directly from Yamaha Genuine Parts and Accessories, available online through Y-Shop (click here to view the store).

Ward says Wilson is super-easy to work for and the team has capitalised on experience with the current generation YZ250F built over the years. The engines are done in-house by Yamaha Racing Team’s Kev Marshall, who is in charge of the technical side of Yamaha’s Superbike operation.

As for the suspension, GYTR Yamaha does it in-house to suit their particular up and comers. Getting the bike set up for Wilson was relatively straightforward, according to Ward. 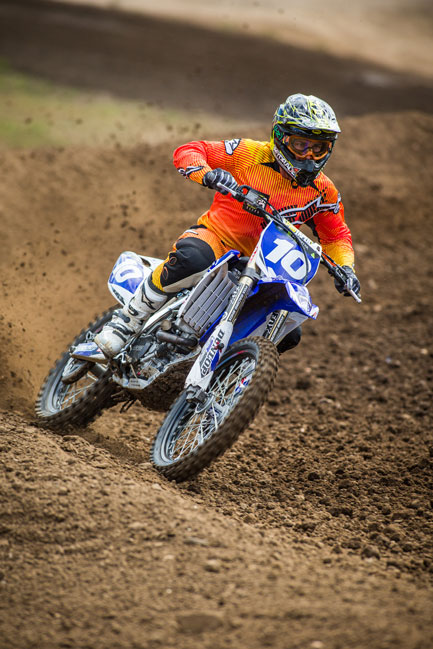 “We basically built a bike and he was real happy with it straight away,” Ward explained. “With the suspension he kind of chased his tail for a little bit, but then he said ‘you just build something you think will work for me’ and he was comfortable.

“From there we just made fine changes, but the bike we wheeled out was very similar to what he races. We have so much experience with this bike with the riders we’ve had, so there’s nothing in particular he looks for. As long as the controls are in the right spot he leaves the rest up to us.

“Jay’s really good to work with and Reardon has been impressed with his bike when he’s ridden it. He had such a difficult start to the series, but not once did he blame the bike and we thought was pretty cool – he’s say he’s a dream to work for.”

After a solid finish to the season outdoors Wilson will enter the Under 19s Australian Supercross title chase as a title favourite once again, and then for 2014, you can expect big things if he lands a seat in MX2.

As for GYTR Yamaha, no doubt they will continue to churn out champions in the same experienced fashion that’s worked so well in the years gone by. For Under 19s riders, this is the development program the majority are striving to be part of.