After a heartbreaking end to his 2011 campaign, Kiwi Josh Coppins turned the tables to win in 2012. 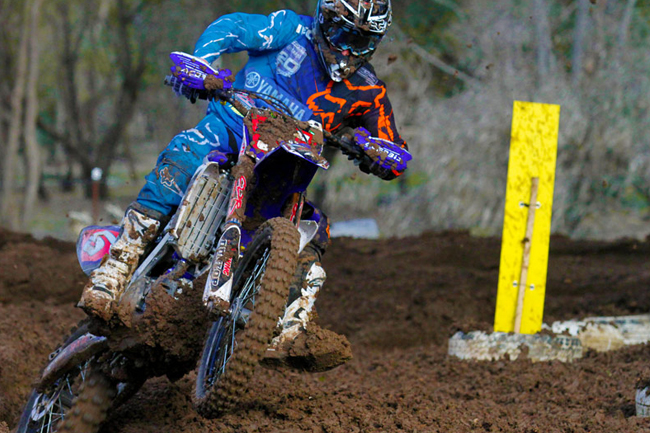 With the final round of the Monster Energy MX Nationals just days away, we feel it a fitting time to review the 2012 season and the title-winning efforts of Kiwi Josh Coppins.

It was indeed a special title, and one that capped off an incredible career that spanned 17 seasons.

It was also a case of redemption for Coppins, who came so close yet ultimately missed out on taking the title in his first year with CDR Yamaha. 2011 was a stellar season for ‘The Lizard’, but right when it looked like he had the MX1 crown sewn up, disaster struck.

After injuring his shoulder in the second of four motos at the Coolum final, Coppins was forced to the sidelines and could only watch as teammate Jay Marmont seized the advantage and moved into a title-winning lead.

There was plenty of motivation for Coppins heading into the 2012 season, and he was determined not to let this one slip away.

Taking a haul of moto wins, podiums and overalls, Coppins headed into last year’s Coolum finale with an eerily-similar margin of 14 points over Todd Waters.

Fortunately the likeable Kiwi’s luck held out, and he was able to race to 2-1-2 finishes to end the season on top.

“I have to say it was a great feeling as I rode up the final straight on the last lap,” Coppins said. “I tried to be as calm as I could all day, but inside I was really nervous as I had been in similar positions before only to have something go wrong.

“My first emotion was one of relief as I really wanted to win this championship not only for myself but the CDR team. The two years I have been here have been nothing but a great experience for me and this championship is something that I’m proud to win with them.

“I also want to congratulate Todd Waters on his season. He has been a great competitor and I have enjoyed racing him this year and I’m sure he will have plenty of success in the coming years.”

Coppins was also quick to recognise the efforts of his CDR Yamaha team. His title was a significant one for Craig Dack’s outfit, marking five consecutive victories.

“All credit must go to the CDR Yamaha team,” added Coppins. “Craig, Gary and my mechanic Jason have put in huge hours over the past 12 months and this is as much about them as it is me.”

Coppins would go on to represent New Zealand at the Motocross of Nations, as well as making a shock wildcard return to the World Motocross paddock where he put together solid performances across two GPs.