A simple Tweet by Chad Reed said it all – “All’s well! See y’all in Anaheim.”

And with that Reed bowed out of the last national of the year at Lake Elsinore, the Motocross des Nations and the Monster Energy Cup with one Tweet. Reed’s had a terrible season and after pulling off in moto one at Utah, he left the track and apparently has had enough of 2013.

It’s not the way he wanted to go out but an illness, unhappiness with his Honda, his contract being up and an off-season that wasn’t 100 percent devoted to winning all caught up to him somewhere out there in moto one last Saturday.

Publicly he hasn’t said much but privately he’s not been happy with the performance of the 2013 Honda. He’s also not one to play the political game and there have been a lot of hoops to jump through with Honda.

One of the older riders out there now, Chad’s certainly not where he once was but I refuse to believe he’s as bad as we’ve seen him this summer. It’s a basic right for any person to not put their medical maladies out there for public consumption as Reed has but it’s also fair game for people in the paddock to speculate that perhaps there’s nothing wrong with Reed at all and it’s simply a lack of speed.

This whole process that’s going on right now is reminiscent of the end of 2010. Reed, then on the Monster energy Kawasaki, got hurt early in Supercross and when he came back, he was getting sevenths and eighths. Yeah he won the opening round of the nationals but from there it was a downhill ride until eventually he pulled out near the end of nationals and that was the last time we saw him green and the last time he was in Thor. 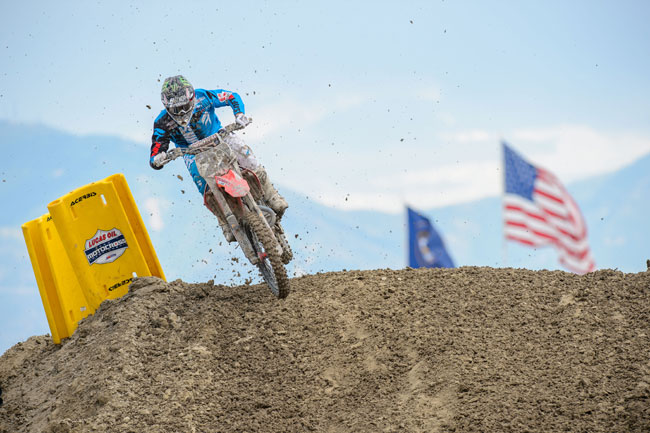 We know what happened since then. Reed got a privateer Honda, his own team and showed everyone what was up. He won races, he led points races and he showed that the stubborn kid from Australia that wouldn’t take no for an answer – first in Europe and then in America.

I counted him out after he went out with a whimper at Kawasaki but I’m not doing that now. Yeah, his title winning days are probably over but if he gets healthy and dedicates himself this off-season (too much karting last year) there’s no reason he can’t win races.

I predict we’ll see him on another brand of bike, either on his own team or on RCH (strong rumors are that he’s already tested a Kawasaki and a KTM) and he’ll be back. Just watch…

One of the things to come out of the last national at the brand new track at Miller Motorsports was not dust smarty-pants, it was the fact that perhaps the most-hyped up prospect to come out of the amateur ranks since Mike Alessi has maybe figured out this pro racing stuff.

Yes, that was Adam Cianciarulo of the Monster Pro Circuit who stood atop the podium after the first moto of the 250MX class. Yes it was just a third but it was a coming out ride for the #292 in a rookie debut that has been a little lukewarm.

Pretty much everything that has gone wrong for Cianciarulo has gone wrong. The kid was coming off a shoulder surgery that caused him to miss most of the fall after the Monster Energy Cup race (where he won one moto) and he was hard pressed for real race experience on the 250F. 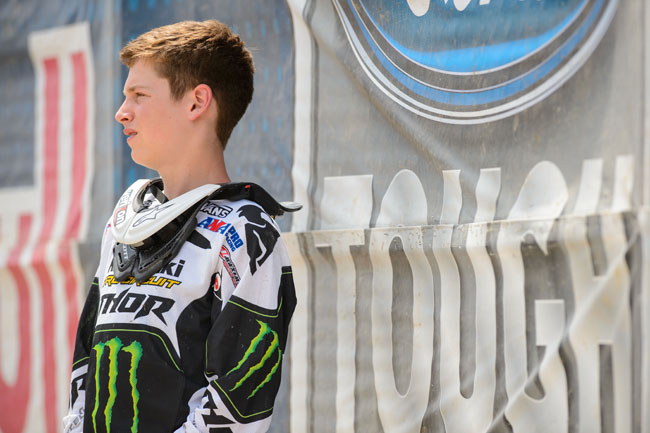 Amateur phenom Adam Cianciarulo had struggled for much of his maiden pro campaign up until Utah. Image: Simon Cudby.

In fact, when Hangtown was coming up, AC had never raced a bike bigger than a 105cc on an outdoor track! Try that on for size, it was straight to the big bike and then straight to Hangtown against the very best riders in the world.

And of course we all know what happened. Cianciarulo’s debut was postponed due to salmonella poisoning contracted two days before the race. There was so much hype and online debate on whether the personable kid should race Hangtown.

Never mind the very real debate between Kawasaki, Monster, the family and Mitch Payton. But credit due to Cianciarulo who showed the team in pre-season testing that he was ready for the big leagues. And then, well, he wasn’t.

So we waited for the kid to heal up and he eventually did make his debut at Budds Creek where he holeshot and faded back. And then there were a few start-from-last-due-to-a-crash rides, a few more fades and a sixth, ninth and some more crashes.

No one thought he could win but no one also thought that it would take this long for a kid who’s won all his life to start sniffing the top five.

The whole time Adam was working hard with his trainer Aldon Baker, riding with Ryan Villopoto and trying to figure out what was going on. Some blood work revealed that the white and red blood cells were still pretty low for a 17-year old kid. He was working himself into the ground the more he did. Cianciarulo stood on the Lucas Oil Pro Motocross 250 Class podium for the first time in moto one at Miller. Image: Simon Cudby.

Which did line up with what we were seeing which was Adam fading as the race wore on. Finally some clarity on what was going on and a plan that he and his people could stick to. And then it clicked.

A strong third at MMP was backed up by a dead-last to ninth ride in the second moto and a fourth overall on the day. And these results couldn’t come a moment too soon for Adam and his fans. The whispers about the kid not being able to cut it were out there. Cianciarulo showed at MMP that the hype is for real.

“The third in that moto was really good for me, I was pumped,” said Adam after the race. “Second moto, kind of banged some bars with some dudes. A lot of the dudes are bigger than me and that didn’t go in my favor. I was on the dirt.

“But I made a lot of good passes right off the bat, right on the first lap when they were all bunched together. So that was really good. I made it to about halfway, kind of felt a little fatigued. Altitude, whatever excuse. But the track was gnarly. So 3-9 for fourth overall. Good day for me.”

This whole 2013 season has been a wash for Adam and his family. The results haven’t been where he and the team wanted them to be, his sickness was the absolute worst thing for him but there’s hope, there’s light in this tunnel it appears.

Cianciarulo’s on too good of a team, on too good of a program to be as bad as he has been. Now that the kid’s got things figured out I look for a good final national of the year this weekend and then in 2014, we’ll see the real Adam Cianciarulo.