And it wasn’t just the fact the 23-year-old won that has tongues wagging; it’s HOW he won, as he dominated the qualifying and both GP races.

MotoOnline.com.au caught up with Ferris over breakfast the day after his momentous win to find out how he did it. 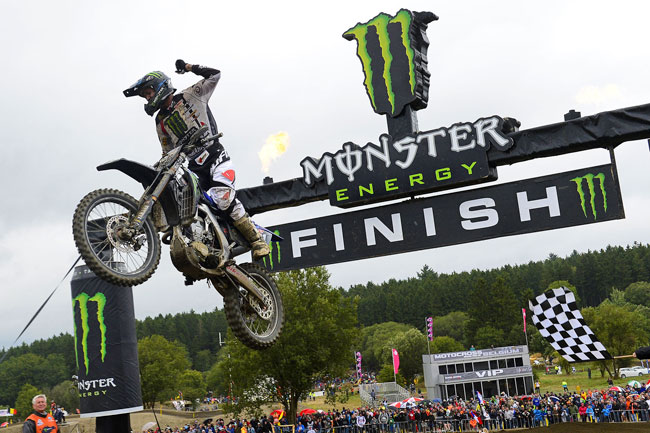 First up, Deano, congratulations on your first-ever GP round win. How does it feel?

To be honest I don’t even think it’s sunken in yet. It all happened so fast and it was a little unexpected. I hadn’t even finished 2-2 this season, so to go out and score a perfect weekend has kind of shocked me. I didn’t do anything crazy and there was no magic involved. I just pinned it, put my head down, and that was that.

Right from the get-go, though, you were on form. You won qualifying, then went 1-1 in both motos. Take us through the day and how it panned out for you.

My timed qualifying position wasn’t that great. I was placed 10th, but the times were really close. During qualifying I was running in second and five laps in I passed Jose Butron, then soon afterward Jeffrey [Herlings] also got around him and started to come after me.

I stepped it up and the two of us checked out. We battled, then he went down while trying to pass me and hurt his shoulder in the process. From there it was an easy win for me.

Jeffrey didn’t line up for the two races, so every MX2 racer suddenly felt they had a chance. I ripped a good start and settled into second place. It wasn’t easy, though. My teammate, Maxime Desprey, was leading and roosted the hell out of me and ruined my goggles. I couldn’t pull them off, though, because of the rocks and dust.

I decided to hang back a bit and waited for him to get tired, and as soon as I saw his lap times drop I pounced, and within a lap I’d passed him. I immediately threw my goggles off and that was a huge relief. I gapped the field by a few seconds and maintained it to the end.

In the second race I again started second, but immediately passed for the lead and just stormed it, pulling a seven-second lead after 15 minutes. From there it was a matter of controlling it. Over the last 10 minutes I had some rear brake problems, so I used my head and backed it off a bit and just focused on bringing it home.

Man, that last race must’ve felt like it dragged on for an eternity.

Believe it or not, I think it was one of the most relaxed races I’ve ever ridden. My family said it was longest 40 minutes of their lives, but I was soaking it up and felt comfortable and confident. Ferris became the fourth ever Australian to stand on top of the MXGP podium alongside Leisk, Reed and McFarlane.

This result is something you’ve been chasing for a while now. Were you surprised at how dominant you were all weekend?

Yeah I was, but at the same time, I feel like I’ve got enough racing experience, speed and fitness to know it was possible. But on the weekend I think it all came together at the right time. It also helped that Jeffrey wasn’t on the line.

As far as my fitness goes, I’m the fittest I’ve ever been right now and I’ve got to thank my trainer Guy Andrews on the Gold Coast for that. He guided me through the off-season and turned me into a machine in four months. That’s what’s gotten me through this year so far, and means I can do back-to-back rounds like I face this weekend.

Since the championship started it’s all been about maintaining and making sure I rest up enough and don’t push it too hard during the week. The race-days are enough to keep me sharp.

How much of a confidence boost do you think this has given you? Do you think people are now going to look at you with new eyes and as a legitimate championship contender next year?

Well I’m actually stepping up to MX1 next year, so for the championship battle you can count me out!

But I think throughout the year people’s opinions and expectations of me have definitely changed. Most of them had never heard of me, so when I scored my first podium, everyone was like, “wow!”, and after this weekend I think they’ll be “double wow!”.

The crazy thing is I’ve never won anything. I’ve never won a national or state round or a junior title. I left Australia chasing a dream but knowing full well I hadn’t won anything, but I’d come second lots of times. Now I’ve gone and won a grand prix, so I’ve done it all back-to-front!

That’s a crazy story and is proof that hard work pays off. Okay, the Motocross of Nations is coming up and there’s no doubt that this result will have cemented your spot on the Australian team. Have you heard anything from MA about representing Australia?

Yeah, Motorcycling Australia contacted me a while ago and asked if I was interested, and provided some forms for me to fill out, and that email said the team should be announced this week.

Teutschenthal is only a five-hour drive from home and it’s where I raced my first GP in 2010. It gets good ruts and has similar soil to what we raced on the weekend, so I’m really excited for it.

My family, girlfriend and coach are all coming over and we’re hiring campers, so it’s going to be awesome. I think it’ll be one of the biggest des Nations ever. It’s in Germany, Beerfest is on at the same time, Germany are the defending champions… it’s shaping up to be pretty epic. 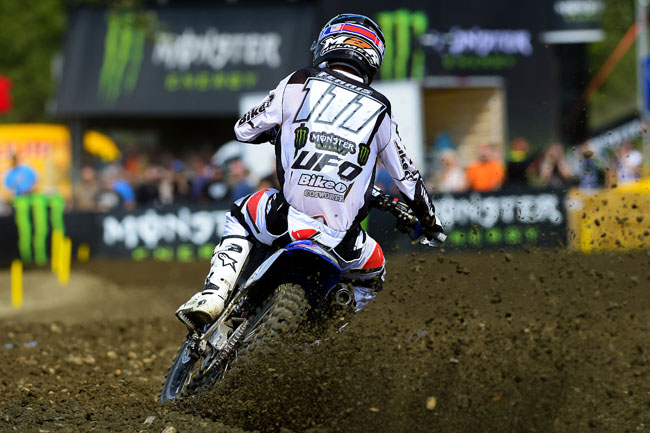 It all came together for Ferris in Belgium, a result that will no doubt cement him in the MXoN team.

If you were to pick two riders to join you on the Australian team, who would you go with?

I’d say Chad Reed and Brett Metcalfe for sure.

How have you adapted to the European lifestyle? Obviously it’s a damn sight different from the Australian and American scenes.

I think I’m 80 to 90 percent into the swing of it now. I’m pretty adaptable, but the heaviest thing is the amount of travelling and racing we do.

In Australia it’s 10 rounds with 10 single days of racing. Here it’s 18 rounds and they’re all two-day events. That’s 36 days of heavy racing, plus a day each side of the event for travel. It’s nuts, mate. It’s really heavy.

I’m glad it’s been this long as it’s meant I’ve chalked up my first win and sometimes it can take that long to find form, but I’m certainly looking forward getting home and having a few cocktails on the beach with my girlfriend and catching up with the boys.

Thanks, mate. Catch up with you soon.