The 2013 Monster Energy MX Nationals is now in the home stretch, and each of the remaining three rounds will be pivotal in determining the class champions.

The MX1 class battle went to the wire at Hervey Bay, with Superpole again playing a significant part in determining the overall results.

Motul Pirelli Suzuki’s Matt Moss finished equal second alongside his brother, but was the big mover in championship terms, taking over the lead held all season long by Motorex KTM’s Todd Waters.

Waters and Moss have developed a fairly close rivalry in the second half of the season, and will find themselves going head to head over the remaining rounds.

Waters’ teammate Kirk Gibbs will be another to keep an eye on, bristling with confidence after he won last weekend’s King of the Cross in Western Australia.

Add Hervey Bay moto one winner Gareth Swanepoel into the mix, along with the class’ established stars, and we’re setup for a close battle at Swan Hill!

Luke Styke has a stranglehold on the MX2 ranks this season, and with a sizeable lead, will be tough to stop from this point onwards.

Kale Makeham and Brock Winston are in a close fight for second so far, and the Victorian event will be significant in determining the outcome of the 2013 title.

The MXD class is also closely-contested, with at least five riders in the immediate frame for championship contention.

Hamish Harwood has the edge, but the likes of Jack Simpson and Jay Wilson are closing up fast. It will be a close run to the finish, and one we’re excited to see the outcome of.

MotoOnline.com.au will compile an official pre-race Fan Guide ahead of every round in 2013. 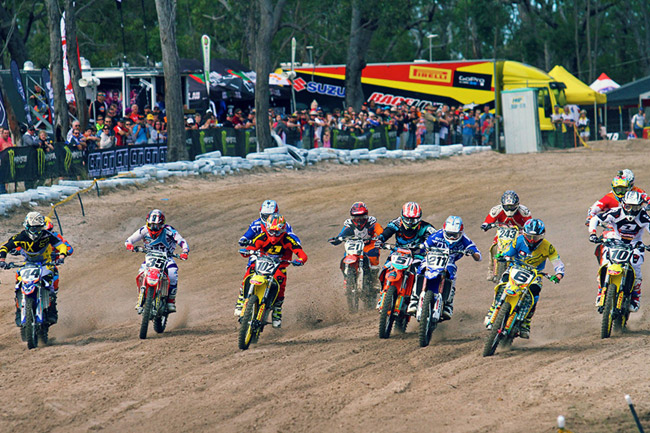 Round seven highlights and Race Reflection