The CDR Yamaha rider speaks about his overall win at Hervey Bay.

29-year-old CDR Yamaha racer Billy Mackenzie broke through for his first round win in over two years at the seventh round of the Monster Energy MX Nationals at Hervey Bay at the weekend.

You would’ve struggled to find a bigger smile on the podium as he popped the champagne cork, evidence of how much this win meant to him.

We caught up with the Byron Bay-based Scotsman to see how he’s feeling, and what he thinks his chances are of claiming the 2013 MX1 championship crown. 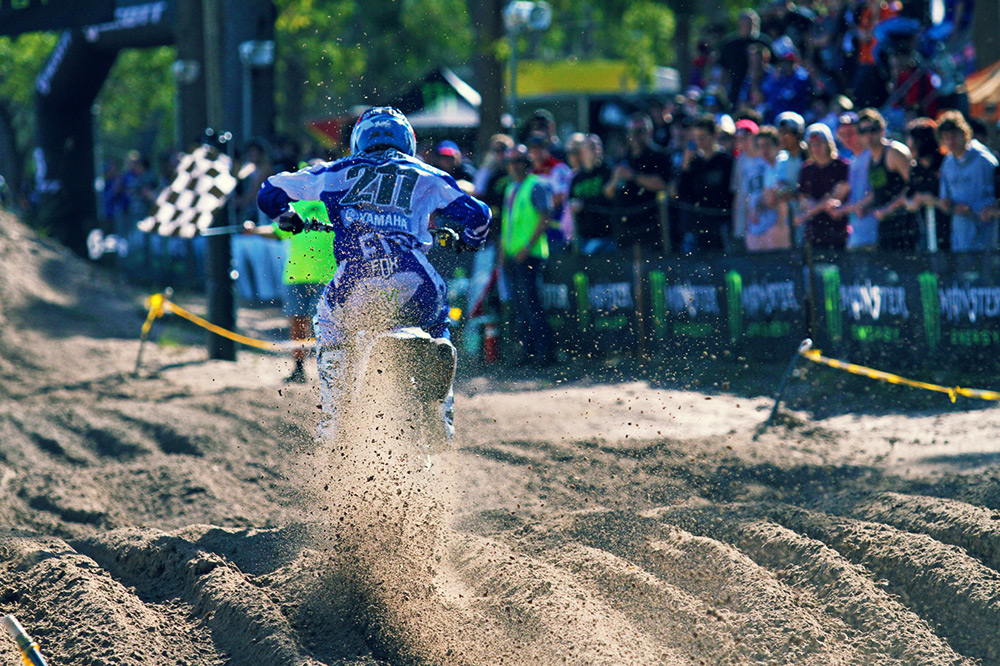 First up, congratulations on your breakthrough win of the year, Billy. Take us through your day and how you ended up on top of the box.

Thanks, mate. It’s been a long process since I left Troy Carroll’s Monster Energy Kawasaki team. I took almost a year out getting over an injury I gained at Coonabarabran last year, my results weren’t there and I was generally having a bad time of it. I think in 2012 I showed none of the potential that I know I’m capable of and I couldn’t find my feet within that team.

If it wasn’t for CDR seeing past that form I wouldn’t be in this position I am today; the past six months have been more about building my confidence back up since leaving the Kawasaki team for Dacka’s outfit.

I still don’t think I rode my best at Hervey Bay and I was lucky the Superpole fell my way this time. A similar thing happened at Murray Bridge this year where I went 2-2 but didn’t get any Superpole points, so Todd Waters beat me to the overall.  This win has been a big confidence-booster for me, though. It felt really good to be back on top of the podium.

As you mentioned, it’s been a long time between drinks for you as far as overall victories go, with your last overall coming at Murray Bridge in 2011. How has this drought of sorts been to deal with?

It’s been tough, you know. I knew deep inside I should’ve been up front more this year and to see Todd winning so easily early on was quite a tough pill to swallow.

My 2011 win at Murray Bridge was almost the opposite of what happened on the weekend: I was coming off injury and I was very relaxed and hadn’t done a lot of preparation. This weekend I really feel like I earned it and worked hard for it. Both myself and the whole CDR team have put a lot of hours and effort into our campaign this year, so it was nice to finally get the reward.

Just one point separated you from both the Moss twins yesterday, and obviously Superpole played a huge part in that. What are your thoughts on this new format?

I really like Superpole. Coming from a GP background, I thought hot-laps would’ve been my strong point, but I really haven’t taken advantage of it as much as I’d have liked to. With last year basically being a write-off I’ve had to go back to basics this year and recall everything that I’d forgotten about racing.

I’m working harder than when I first came over to Australia, but I finally feel rewarded for the effort. A good part of my training has been centred around Superpole and trying to capitalise on those points and I want to keep targeting that. At the beginning of the year the CDR guys instilled in us that Superpole is the single-most important aspect of the championship this year. I’ve got three rounds to make some points back, so yeah, it’s going to continue being a key part of my training. 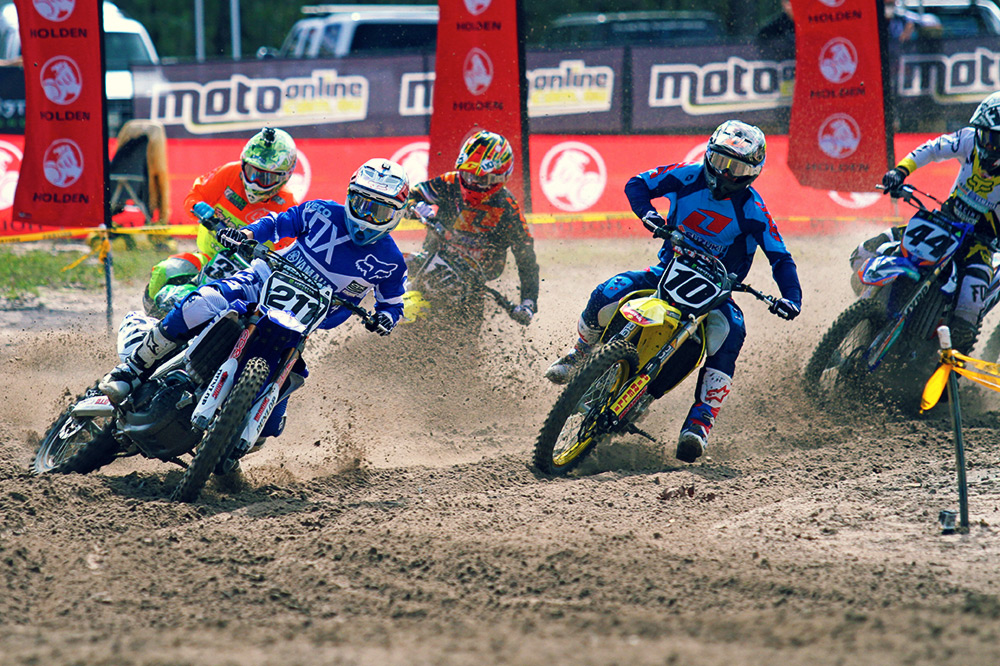 Mackenzie’s focus is winning races as the title fight goes down to the wire. Image: Simon Makker/Makkreative.com.

You’ve really consolidated your spot as a genuine title threat with this win. What’s your focus now, with three rounds to go?

I need to win as many races as I can. I’m less than 30 points off the lead with three rounds remaining, so I need to focus on winning those races and letting the cards fall where they may. If I win races and win Superpoles, I’m in with a genuine shot for the title. We’ve got six races remaining and that’s a long time in motocross.

I’ve been impressed with Matt Moss and it’s been interesting to see his rise to form as this series wears on, but I’ve got to focus more on myself and my preparation, and continue to gain confidence and race pace. If I arrive ready to go and I’m confident, I know I have the edge over Matt and Todd Waters. I’m not going to give up and still believe I can take this title.

You’ve said recently that you finally feel settled and that you belong in Australia. Do you think that has helped you rediscover some great form this year?

It’s nice to be back riding well and on a team that supports me, that’s for sure. It gives me extra confidence, there’s no stress and I’m able to focus on the tasks that really matter instead of all the other crap going on around me. I’ve settled in an area I like, I’m motivated to race and I’m setting myself up for the future. I think I’ve probably got four years of racing left in me and I want to get the most out of those four years.

I’m quite happy to stay here and finish out my career in Australia, much like Josh Coppins did. I admire that guy a lot and we’ve taken a similar path, where we’ve raced in the GPs, then seen what was on offer in Australia and the strength of the championship here, and moved over. Since I moved in 2009 I haven’t looked back. I’m a permanent resident now, so the next step is to become a citizen then try for a spot on the Australian Motocross of Nations team [laughs].

[Laughs] well you can always try, mate! Finally, how much of this sport is mental and how much is physical?

It’s funny because I used to think motocross was more physical, but over the past year I’m realising just how much of a mental game it is, too. I’m 29 now and to make sure I’m at my best on race-day I have to be happy and not stressed as well as being as physically prepared as possible. I think it’s a strong combination of the two, and that realisation is turning me into a better rider, I think.

Great stuff, thanks for the chat, Billy, and good luck for the remainder of the season.