Looking back at Jeff Alessi's guest appearance during Supercross 2010 with CDR Yamaha.

Jeff Alessi made headlines for all the wrong reasons this week following the now infamous Washougal ‘laser-gate’ incident. For Jeff, it was a ridiculous prank of some kind gone wrong, while for the likes of Ryan Villopoto and Malcolm Stewart, it could have really affected their race.

Click here to read all about the incident according to a report released by MX Sports.

The Alessis have been embroiled in controversy during much of their career, but Australia was still super-excited to see both Mike and Jeff here in local soil for the 2010 Australian Supercross season. 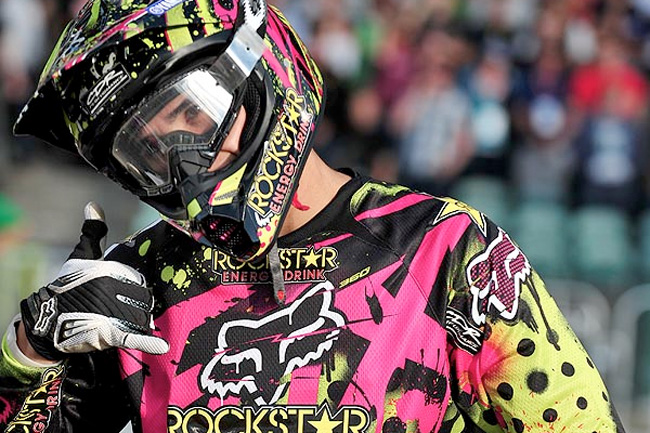 Jeff Alessi during his stint with CDR Yamaha in 2010. Image: Sport the Library.

Jeff landed one of the plum rides in domestic Motocross, alongside Jay Marmont on the full-factory CDR Yamaha team. For many, it was a ride they could only dream about in Australian Supercross terms.

“We welcome Jeff to Australia and he comes highly recommended,” commented team owner Craig Dack at the time. “We put both riders through a solid mid week test session and they both looked sharp and ready to go.”

Unfortunately the tenure was a frustrating one for both Alessi and the CDR team. He did show plenty of speed at times, but a number of on-track incidents hampered his progress aboard the YZ450F.

Alessi’s best result came at Parramatta’s Sydney round with a promising seventh overall, however when all was said and done he concluded the season in 17th overall after missing the opening rounds.

The question right now has to be, what’s next for Jeff Alessi?