Serco Yamaha’s Luke Styke is determined to move on from the disappointment of narrowly losing the 2012 MX2 title and is using the experience to fuel his hunger this year.

At the opening round of the Monster Energy MX Nationals at Raymond Terrace on Sunday, Styke went 1-1 and firmly painted a target on his back as the man to beat.

MotoOnline.com.au caught up with Styke recently to get his perspective of what went down on the day. 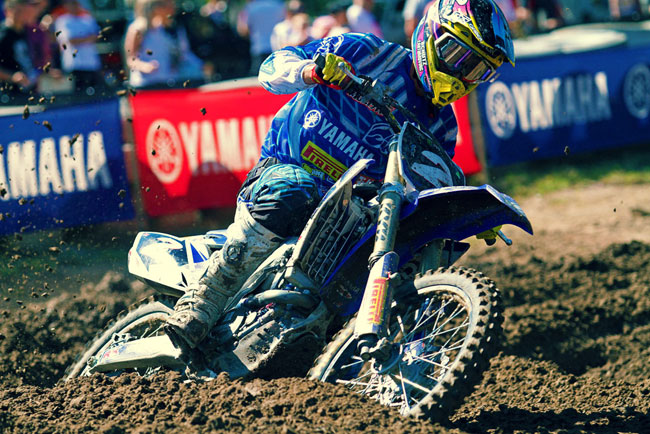 The first round of the MX Nationals is in the book, mate. If you were give yourself a rating out of 10, what would it be?

Maybe a six or a seven. In the first race I got arm-pump, which is really unusual and it’s not something I’ve really experienced before. Then in the second race I overheated and got lightheaded and agitated, and that affected my race-craft and decision-making. I got some sort of food-poisoning the night before and I was actually a bit crook on Sunday. My temperature was higher than normal, and I lost all my strength early into the second moto.

Don’t get me wrong, I think I rode well and it was good to come away with the win, but I learnt a few things about myself in the process and I’m going to ensure it doesn’t happen again. I think the off season and pre-season training really helped carry me through the day. It’s times like this when all that hard work you put in becomes worthwhile

For sure. You had to come through the pack in both motos, but managed to make a lot of passes happen early on a track that was notoriously hard to pass on. What do you think of everyone’s pace this year?

One of the things I was most pumped on was earning pole position in qualifying. I’ve never done that before and I guess putting one hard, clean lap together has been one of my weaknesses in the past. I’m more of a racer and tend to overthink things in qualifying. It might only be a gate position, but it still felt good to start the day off on the right foot.

Is the disappointment of losing last year driving you in 2013?

Absolutely, I definitely don’t want it to happen again. After I injured my wrist in supercross I had a lot of time to think about things, set goals and plan everything out to win the championship this year. I’ve got a good structure set out and my trainer, Bernie McNeil, has set a great program for me. 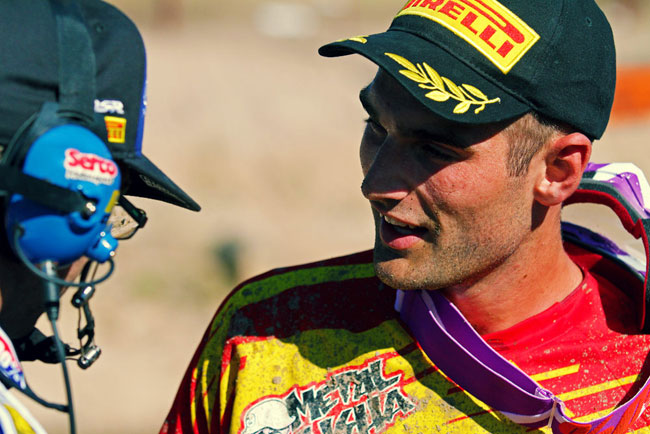 Styke feels that he can improve his performance greatly in the coming rounds. Image: Simon Makker/Makkreative.com.

How do you feel right now compared to where you were at last year?

I think I’m at another level from last year. My speed, strength and cardio have improved, but it’s not like we’re focusing on one thing here and there. We’re covering all bases through both on- and off-the-bike training. Each time I line up I don’t want to leave anything behind. I know myself I’ve done everything possible to get myself ready and haven’t left any stone unturned in the process.

A lot of people are tipping this year is going to boil down to a three-way battle between yourself, Josh Cachia and Kade Mosig. What do you think are their strengths?

Cachia’s a great starter, for sure, and Kade rides with a lot of aggression I think. Everyone in that class is a great rider and I know they’re putting in as much effort as I am at home and have the same amount of skills on a bike as I do. I know those boys are training every week and doing their homework between races. There’s no-one in the class who’s not training, you know what I mean? We’re at a professional level and we have to work hard to keep up.

What do you think of the new points’ format and returning to the traditional 30-minute motos?

I’m pumped we’ve gone back to the traditional motos, that’s how it should be, and if you don’t get a good start you can muscle up and have time to come through the pack. As for the points system, I don’t see the points making too much of a difference in the short-term.

But because the points run deeper into the field it means you can possibly pick up a few points here and there if you have a bad race or suffer a mechanical. It might work in my favour later in the season, but I hope I’m never that far down the order to find out!

Fair call, mate! Thanks for the chat and congrats on a solid performance.

Thanks, mate. Speak to you soon.