Youthstream has the pleasure to announce a five-year sponsorship deal with GoPro, maker of the world’s most versatile and best selling sport camera, as exclusive sports camera of the FIM Motocross World Championship. 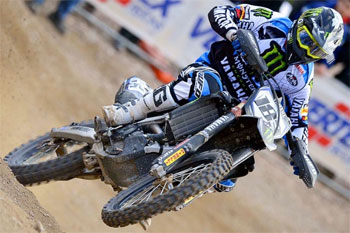 GoPro will support the Motocross World Championship in 2013.

Youthstream has the pleasure to announce a five-year sponsorship deal with GoPro, maker of the world’s most versatile and best selling sport camera, as exclusive sports camera of the FIM Motocross World Championship.

Youthstream and GoPro will work closely together to expand the coverage and the exposure of the FIM Motocross World Championship and the Monster Energy FIM Motocross of Nations with the exclusive use of the GoPro sport camera.

Such new partnership is a unique opportunity to offer unprecedented angles, perspectives and points of view – all in broadcast quality – to create a more engaging experience for action sports fans across the world.

GoPro began 10 years ago when founder and CEO, Nick Woodman, created the brand as a wrist-camera for surfers. The company has become a core part of the surf, skate, snow and motorsports scene, used by the world’s elite athletes, including X Games medalists such as Shaun White, Ryan Sheckler, James Stewart and Ken Block.

Backed by the recent introduction of the new HERO3 – the most advanced GoPro ever – the cameras are also becoming trusted tools by professional filmmakers, photographers, and musicians around the world.

GoPro makes the world’s most versatile cameras, enabling people to capture immersive and engaging footage of themselves during their favorite activities. GoPro’s HERO line of wearable and gear mountable cameras are used collectively by more consumers, professional athletes, and video production professionals than any other camera in the world.

Based in San Mateo, California, GoPro’s products are available in more than 30,000 stores in over 100 countries worldwide and direct via the GoPro online store.