Freestyle legend Carey Hart has done it again. After being the first man to land a backflip in competition to being at the forefront of this tattoo shop explosion here in America, Hart’s been one step ahead of a lot of people.

Since forming his supercross/motocross team five years ago, he’s seen that go up and down on the track but off it, it seems to be working out just fine. With two semi trucks and a plethora of outside sponsors, Hart seems to be doing it right.

2013 sees him pairing up with Ricky Carmichael, switching to Suzuki’s, doing the motocross series and hiring Broc Tickle to go along with last year’s returnee Josh Hill. I sat down with Hart to get his thoughts on the upcoming season. 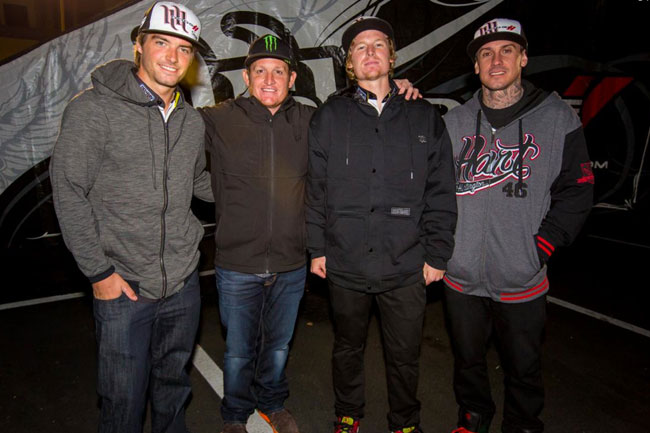 Motoonline.com.au: Carey, how did this partnership with Ricky Carmichael come about?

Carey Hart: Originally, when it started, Kenny approached me. Kenny has obviously been really close with Ricky over the years and really close with myself. Ricky approached Kenny probably about a year ago – I would say last October, early November – and that’s when the initial conversations kind of got struck up with Kenny and I.

I definitely think that a guy like RC is what we lacked because the idea of pulling out on a production-type motorcycle and winning races, that’s a great idea and all, but that’s just not the reality. And also, like I said, Ricky is more of a rider leader. People don’t understand because they’re not out there seeing it, but Ricky is very involved with this. He is very hands-on from the testing/development side and the riders call him every day after they get done training and riding.

I think the thing that people maybe don’t realize is that RC is going to be very involved with this team in every way.

Oh yeah, this definitely isn’t just where Ricky is just slapping his name on the truck and showing up, signing autographs. He is completely involved. Honestly, I’ve been trying to alleviate some of the creeping-up stresses on him so he doesn’t get completely overwhelmed, but he’s taking it like a champ and he’s not backing down and he’s pushing forward.

What about signing Broc Tickle, what caught your eye about him?

We actually had our eye on Tickle through supercross and into outdoors. We were possibly thinking about him as far as the second person, you know, depending on what happened with Ivan (Tedesco) and what happened with Hill. So he was always kind of on my radar and he was on Kenny’s too and then, unfortunately, we had a little curve ball thrown at us this past summer and he now became our top priority. In hindsight, it’s unfortunate what happened, but I’m really happy with the lineup that we have with Tickle being our marquee guy and I think we’ve got a really good opportunity with Hill.

And what about keeping Josh Hill on-board for another year, what was the thought process behind that?

Taking money out of it, taking investment dollars out of it, at the end of the day, I genuinely like Hill a lot. From the outside looking in, people probably don’t understand why we support him, but we’ve been on a rollercoaster with him. Going back to when we first signed him two years ago, we thought he was going to sit out of supercross, start getting healthy for outdoors, maybe go for a couple outdoor races, then come out swinging, as he was planned to do, for the ’12 season. And, you know what, he ran into some bad luck. I can’t say it was a lack of training or a lack of commitment. 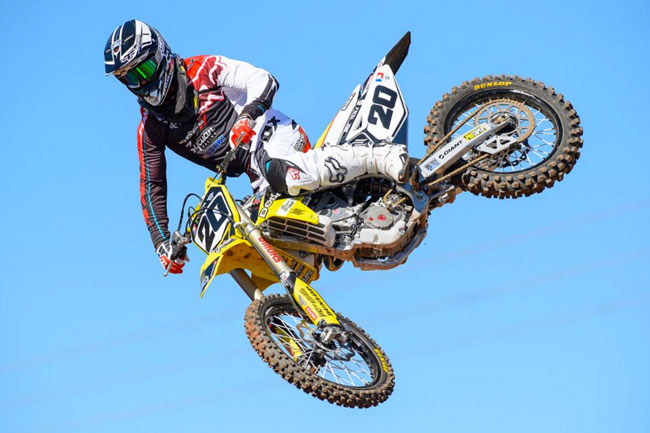 Broc Tickle was the first rider to be signed with the team heading into 2013. Image: Racer X/Simon Cudby.

I wish more people at the races had the heart that he has, honestly. I think it’s going to be a pretty great story when this thing comes full-circle. From the path that he started out with, being that young kid with a lot of money thrown at him and there were two or three other guys that could beat him, for him to be where he was, have that injury then rebuild, that’s why I supported him.

Honestly, I would have had a hard time looking at myself in the mirror if I would’ve stuck with him for those two years and when the bad comes along, bail on him and then have him go somewhere else and finally start to perform. I’m the first one to admit it, I know from Ricky, being the new guy coming in, he was kind of on the fence saying, ‘I see how great of a kid Hill is, but he had an injury situation’. Kenny has been right there along with me.

Some fans have speculated that you teaming up with Carmichael might mean your current manager Kenny Watson gets pushed out, what can you address that and end the talk?

That’s absolutely false. At the end of the day, I am completely hands on with this program and so is Ricky. But it takes, not even a person like Kenny, it takes Kenny to keep moving on. I don’t have the time to do the 60 hours in the office each week that he does. I don’t have the time to build the infrastructure. People don’t understand, Kenny works a bill and a half. Kenny was a pivotal point in bringing in Sycuan Casino, one of our biggest sponsors.

Kenny is the guy to get the iron to the fire after a race to potential sponsors and takes care of people and comes up with some of these really killer ideas both visually and integrating into our hospitality and pit area. He’s a really, really talented guy no matter what people may say. Kenny’s going nowhere. I’ll stand by it and I’ll probably get beat up for saying it, but there is not a team manager in the paddock that does what he does.