The Point: Australian Supercross’ next chapter

The gates dropped on a new era of Aussie SX last Saturday night in Dubbo. Was it a success?

It’d be fair to say few sports have experienced the highs and lows of Australian Supercross over the past 10 years, as the sport got passed through half a dozen promoters trying to make it work. After Global Action Sports leapt off the sinking Super X ship earlier this year, IEG’s Yarrive Konsky has stuck his hand up to begin the unenviable task of rebuilding the series from the ground up.

The mid NSW town of Dubbo opened the next chapter of Australian supercross on the weekend, as IEG showed its hand of what it plans to do with the four-round 2012 series. But was it a success? We got the thoughts of five industry players who were there to experience it first-hand. 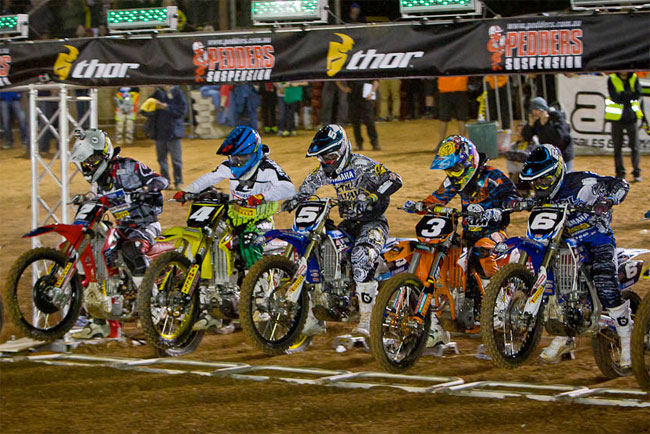 Matt Cousins, director of Fluid PR
Given the limited time Yarrive and his crew had to organise the series, they did a fantastic job: in May we had no supercross at all, so to see what they put on was nothing short of inspiring. I haven’t always got on with Yarrive, but that is changing now and I’ll be the first to applaud him for the job IEG did. I was very pleased with the teams’ reactions, and didn’t hear one negative comment all night.

There are better things to come for rounds two, three and four too, with celebrities and brands such as Chad Reed coming out. It’s a huge coup to get him involved and a massive compromise on his behalf as he will fly out straight after Monster Energy Cup to race at Phillip Island.

The MotoGP event next weekend should be huge. It’s the first time MotoGP has embraced an event to run inside theirs, and will help set a global reach for the sport. Right now the entire industry and all motorsport fans need to band together as a united front and push it forward in the right direction.

Craig Dack, team manager of CDR Yamaha
For a first round that was together in just a few months I thought IEG did a decent job of their first supercross. I didn’t have any expectations going into Dubbo; as a team we roll up to an event ready to race and expect the promoter to have a circuit for us ready to race on.

As far as the actual night went, I think there are a few housekeeping things to tidy up, such as making sure the program doesn’t run too long, but they’re all one percenters, really. The track layout was good, but because of the threat of rain that didn’t eventuate, it was a little underdone with water and got a little dusty. All in all though, there were no major dramas and we’re looking forward to Phillip Island.

Gavin Faith, MX2 points leader
I raced the Super X series last year and returned this year, so it’s interesting to see how different promoters run it. It’s a bit different, but at the end of the day it’s still supercross and doesn’t change things too much for the riders.

I thought the track was good and Yarrive and his crew were very open to opinions to try and make the event better for everyone involved. They asked the riders for their thoughts and worked hard to rectify any concerns we had.

It’s encouraging as a rider to have a promoter who’s so passionate and works closely with everyone to get the best product. I’m stoked they’ve gone back to format of having one long main event than mixing up the race styles too – I don’t think I’m alone when I say I prefer the traditional main event format. 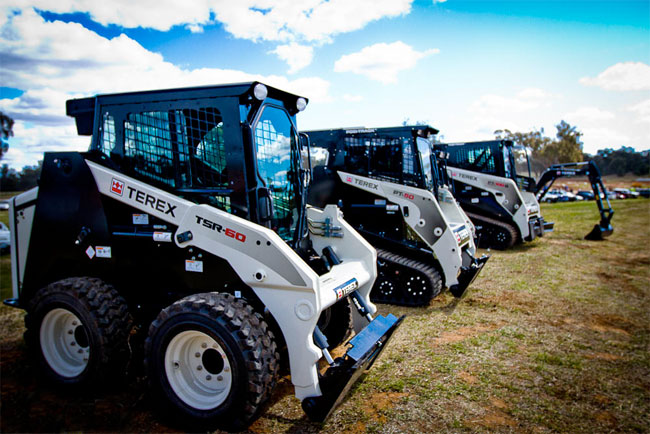 Terex has put its weight behind Australian Supercross as the title sponsor. Image: Grant Reynolds/FiftySix Clix.

Craig Anderson, team manager/rider Berry Sweet Lucas Oil Yamaha
I’ve done a lot of Yarrive’s races in the past, as he looked after the supercross before GAS came along, and he always runs a great event and pulls in a decent crowd. I think he’s easier to work with and his riding background means he knows what riders want.

When we arrived on Friday to press day the track and venue was far from finished, but I was impressed to see how the track builders and crew went to great lengths to get it completed before the gates opened.

The event ran well and there weren’t any crazy injuries. It finished a bit late and the track was a bit dusty, but that was a catch 22 – the track was hard pack, so if they watered it it would’ve been dangerous and hard to ride, but if they didn’t water it, it was dusty but without the danger factor.

Jake Moss, Campbell Mining/TLD/Maxima Honda privateer
Before the Dubbo round I had kind of ragged on the Australian supercross scene, but I’ve got to put a big thanks to Yarrive for stepping up, because without him we wouldn’t have anything.

I think the track was scaled back for the first round to minimise injuries and cater for the juniors. I wasn’t very happy with it when we first got there, but looking back now I think they made the right decision to start the series with a more straight-forward circuit.

The night schedule needed to allow for delays; I think the entertainment such as the monster truck and dancing girls took longer than they expected and even though I had warmed up before getting to the line, by the time the gate dropped I was cold again. All in all though, it was a great start to the series.