The FIM Motocross of Nations at Lommel in Belgium stole the headlines for much of the past week, with the Australian team of Todd Waters, Lawson Bopping and Luke Styke putting on an impressive debut performance for 10th overall.

It was a result that we can be proud of for an all-rookie team, with all three based in Australia as regulars of the Monster Energy MX Nationals series. Between them, they’ve witnessed first hand the level required to compete at the top of the sport.

Germany won the event as we all know by now, while Team USA ended the weekend in third after a troublesome event by their high standards. Expect more on their result tomorrow in The Matthes Report.

But as far as the Aussies go, even Chad Reed and Michael Byrne threw out a few quick comments via Twitter that they’re happy with the result of Waters, Bopping and Styke (remember, they were rookies in the MXoN once upon a time as well!).

Back home it’s been head down, tails up as we see riders race to be prepared for supercross. Ben Townley has been in Australia with the Carlton Dry Honda Thor Racing team testing, however he still wants to make sure he’s 100 percent fit before committing to the series. At this stage we could say he’s on the right track. 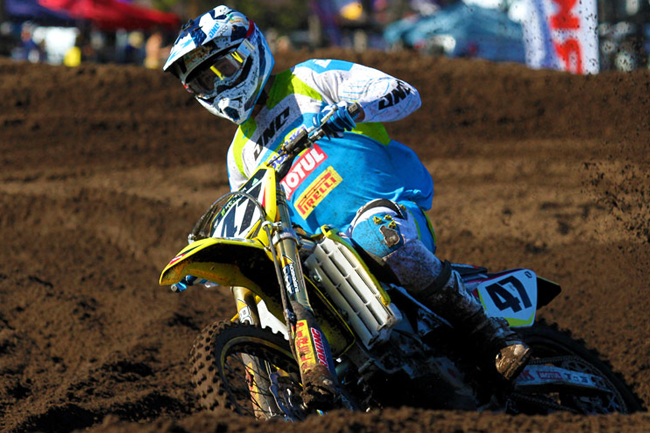 The word is that Gavin Faith will arrive in Melbourne tomorrow to ride the team’s 250F, and remember, he finished second behind Matt Moss one year ago. Faith will be a title favourite, which would be a great result for Honda if he gets the job done since they already won the Lites title outdoors.

That leaves Dale on a 450, potentially alongside Townley, and a photo on BT’s Twitter feed this week confirms that Dale has been testing on a CRF450R. The team will be on 2012 models, not the 2013 from what we understand.

Today saw Chad Reed officially make his return to riding supercross in Florida and the speculation is still circulating that he’s considering doing a round or two in Australia.

One major aspect of his decision has to be the fact that there are no 2013 model CRF450Rs in Australia right now ready to race. If he does in fact come, expect that to be the debut of next year’s model on local shores.

Adam Spence interviewed Jay Marmont yesterday afternoon about Monster Energy Kawasaki and his future, which is likely to be together. Since he’s commenced supercross testing Marmont seems to be enjoying the KX450F, but he did confirm the deal wasn’t yet signed.

A quick catch up with team manager Troy Carroll this afternoon confirmed that Monster will be back as title sponsor of his factory Kawasaki team next season, which is a very positive sign for the sport with the energy drink giant putting its weight behind the guys in green.

KTM remains the big question mark right now. They’ve been linked to multiple riders both from Australia and overseas, with the latest name to be thrown into the ring being Kirk Gibbs on a 450 SX-F. If speculation is to be believed, Gibbs will be the team’s number two rider, while they await a decision of Todd Waters as the potential lead title hope. The question remains, can KTM lure him from Motul Pirelli Suzuki? By the way, Cheyne Boyd confirmed with MotoOnline last Thursday that he is indeed riding a 450 in supercross and has enjoyed his time back aboard the Pro Open class bike. We mentioned it last week in the Insider, but since then he’s confirmed it with us.

Daniel McCoy and Tye Simmonds are back training together this week and could be the sleepers of the series. McCoy, who’s joined CDR Yamaha, had a tough outdoor season, while Simmonds skipped the entire second half through injury. Both are proven supercross contenders though and both have had great preparation before the opener.

Errol Willis is also another who has been full steam ahead, riding with Kale Makeham and more recently sharing the track with Townley. He’s also been riding with the likes of Matt Moss, so no doubt he’s in good company.

Kade Mosig has been on it too, up riding with Jacob Wright in Queensland, setting up what will be a great series in Pro Open, Lites and the Under 19s collectively.

What else we spotted this week is that Terex has been confirmed as the title sponsor of Australian Supercross for 2012, with the event to be brought to you by Pedders. They’re two more outside industry sponsors involved and you have to hand it to International Entertainment Group for their initial momentum gathered for the series.

We’re now just a couple of weekends away from the supercross season opener and the calm is definitely taking place ahead of the storm. We can’t wait for all four rounds because this series is wide open across the board.