MotoOnline.com.au checks in with a selection of racers and industry insiders to get their predictions on the 2012 MXoN.

For the 2012 Motocross of Nations event, Australia will be sending a complete team of MXoN rookies to represent our country against the cream of the crop on the world stage.

MotoOnline.com.au checks in with a selection of racers and industry insiders to get their predictions on the upcoming event to be held in the sands of Lommel. 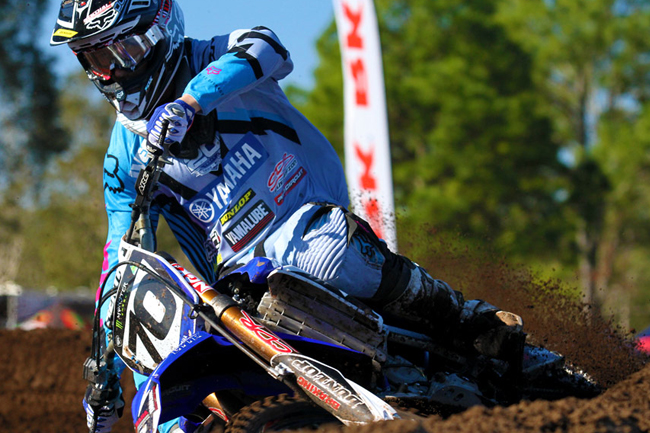 Lawson Bopping will make his MXoN debut at Lommel after an impressive year in Australia. Image: Simon Makker/Makkreative.com.

Don Nicholas, Link International
Dungey and Team USA look to be a pretty good chance to take the win, but I think that the Australian team might surprise a few people this year. I think it’s a young team, they are pretty fearless and it’s their first chance at MXoN. So I think that they have plenty to prove, but no pressure – I think the guys will go well.

It’s a new track for them, new conditions and all that sort of stuff, but they are used to racing in the sand here in Australia, over at Wanneroo for example or Hervey Bay. I don’t think the conditions are going to daunt them too much.

The good thing is that a couple of the guys are running on Pirelli tyres, Luke Styke and Todd Waters. They’ve had good results with the Soft 410 tyre over here in Australia. So they will be able to run on the same product over there, and I think that will definitely be a big advantage for them, as they don’t have to change that side of things.

Mick Sinclair, Monza Imports
It would have to be the US. I saw that Townley said that Holland might win the other day, but I don’t see anyone beating the US at all.

I was talking to Gary Benn about it on Saturday when he came to my house to pick up some stuff for Bopping and their goal is top 10.

All three guys can ride the sand pretty quick and a few of the Euro teams can’t ride the sand that well. So I think it’s definitely a chance that they can reach their goal of top 10.

Joel Ryan, C&R Imports
It’s a tough one, the US are always going to be hard to beat, for sure. I think it’s going to be great to see how fast Josh Coppins is over there, of course he spent a lot of time living over there and he knows that track well. I think he would have a hard time winning it, but I think he will be quite fast.

I really don’t know who will win it to be honest, but my money is on the States. I think our team is obviously a very young team and I think it’s going to be a great experience for all of them – it certainly will be something very different.

I think Todd is a really good sand rider and he will probably do quite well, and I also think it is going to make them all much better riders for sure. Jay Marmont, Monster Energy Kawasaki
I think Belgium could be a strong team this year, looking at that team, and Germany obviously as well. I think there will be a few in there that will be a surprise this year, but for me I think that Belgium will be the one that will give the US a bit of trouble.

It’s going to be a bit of an eye opener for our guys. For starters they are running the numbers seven, eight and nine. When your number is that low, you’re going to feel a little bit of pressure because the guys last year were on the podium.

It’s going to be an awesome experience for those guys, and at the same time hopefully they can just keep their composure. The heat races and everything, you seem to build yourself up more and more, but then in the final is where it all counts.

By that time I think our guys will settle into a really good groove and I think they will do well in the final. They are all strong, they’re all really fit and that is what you need for the des Nations, so hopefully they can pull off a good result.

Ben Townley, Carlton Dry Honda Thor Racing
I’m picking that it’s going to be Holland, Germany and America on the podium. I’m leaning towards an outside shot that Holland can win it.

It really depends if Marc De Reuver has a good day, and he really only has to have one good moto and it goes without saying that [Jeffrey] Herlings is going to have two good ones. If De Reuver has one good moto, I think Holland could steal the glory – that’s my outside pick for the win.

But you can’t go past America and I think Germany have sort of an outside pick for the win as well. So for the podium, those are my three teams. I think [Tony] Cairoli will win the first moto, and Herlings will win motos two and three.

I’m going to with a seventh for the Aussies and I reckon sixth for the Kiwis [laughs]. I think the Kiwis will do alright. The Kiwis and Aussies, Todd, Josh [Coppins], Styke and [Kayne] Lamont are really fit dudes.

I think both the New Zealand and Australian teams have the best choices going to the event, so just really up to how they go on the day. A lot of it has to do with the guy on the Lites bike, because he has to race two races with the 450s and there is always a bit of carnage with the starts and that.