The all-new 2013 Suzuki RM-Z250 is due to arrive on Australian shores mid September.

Suzuki Australia sent us the following information on its 2013 model RM-Z250: 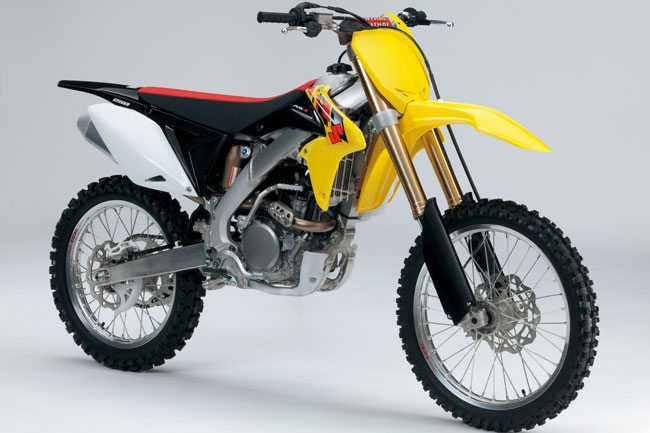 The all-new 2013 Suzuki RM-Z250 is due to arrive on Australian shores mid September and is sure to leave its competitors in their wake.

The revised cam specification, intake cam profile and exhaust cam timing achieve an ideal balance between high performance and ease of power control when competing on the track.

A smooth but solid shift feel is ensured thanks to the all-new 5 speed transmission offering more precision in shifting with a change in the clutch release cam shape reducing the force required to operate the clutch, and enhancing the clutch feel.

The RM-Z250 is now equipped with an all-new race-bred 48mm Showa Separate Function Fork containing the spring on the right leg, while the left leg incorporates the cartridge assembly to manage damping with the result being less friction, increased damping and an overall weight saving.

A key goal of Suzuki engineers was the redesigned exhaust system that meets new FIM sound control regulations, thanks to a 40mm extension of the exhaust pipe and redesigned internal muffler parts, increasing bottom to mid-range power and torque, without compromising engine performance.

The 2013 Suzuki RM-Z250 is available now for a Recommended Price of $10,890.00*, with motocross and supercross racers of the Suzuki RM-Z250 eligible to register for Suzuki’s Support Rider program, offering generous contingency payments on national and state championships.

For further information on the 2013 RM-Z250, interested customers should visit their local Suzuki dealer, which can be found through the Dealer Locator on www.suzuki.com.au.