A whole two weeks off in the AMA series and four races to go. But they’re not in a row. We go two races (Southwick and Unadilla) and then another week off before hitting the last two (Steel City and Lake Elsinore).

For years and years, the outdoor series ended on the first weekend in September but recently, it’s gone on a week or two after the first of the month. I’m not sure the reasons why but the series has definitely dragged on.

The riders and teams do appreciate it and it was a major complaint of the riders years ago in that the series went six in a row and then six more races in seven weeks so a total of two weeks off. Outdoors is grueling work with recovery time needed so maybe that’s why we have this stretched out series.

The big news is that Suzuki’s James Stewart has been announced out of this weekend’s race in Southwick. And that’s a real shame, it seems that the hand injury is taking longer than him or his team thought to heal and we won’t see Stewart this weekend on a track that he absolutely flies at.

Stewart said on his Twitter feed that he will be back this year but we’ve been hearing that for a while now. Let’s hope he gets 100% and gets back before the end of the year so we can see some more of that great racing. James Stewart will once again be vacant from the 450 class gates at Southwick. Image: Simon Cudby.

I know if you’re a James Stewart fan this has been a trying year for you but in the end, getting healthy and being as good as he can be has always been Stewart’s M.O. He’s just not going to come back not at 100% and get beat. He can’t handle that and chooses not to do that. Can’t blame him entirely for that, it’s just in his DNA.

These next two weekends are big for Justin Barcia as he tries to overtake Blake Baggett for the 250 series lead. When we last left off, Barcia made seven points up on Baggett at Washougal and the next two tracks, Southwick and Unadilla, are traditionally Barcia’s houses.

He’s won three out of the six motos he’s ever raced at Southwick and he’s made the podium two out of three races at Unadilla. Baggett spends a lot of time in Southern California riding and you have to think that the last round at Lake Elsinore will favor him.

Baggett’s got an eleven point lead with four races left and has shown that he can come through the pack almost at will. But at Southwick and Unadilla, he better get some starts or there’s no chance that he’s going to be able to run down Barcia like he’s done so many times before.

After Washougal I was up in the factory Kawasaki rider lounge talking with Jake Weimer and Tyla Rattray and Rattray was just crushed. He finished outside the top ten both motos and for a guy who’s won plenty of 250 nationals, a world title and is in as good of shape as Rattray is in, it wasn’t pretty.

Rattray’s looking to race 450 MX next year full-time and this shot on Ryan Villopoto’s bike was looked at by him as a real great chance to prove his worth. But it hasn’t worked out that way so far. A solid top five at his first race back was followed by a couple of poor races. 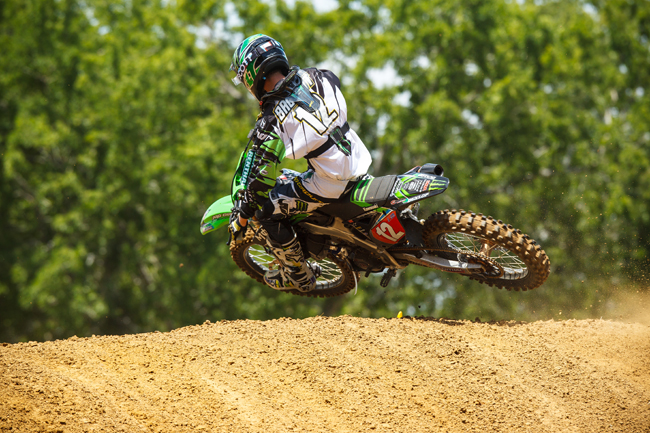 Now granted, these results are all in the 250’s and Tyla’s now on a 450 but one has to think a podium spot would be the minimum for this weekend and maybe, just maybe he can win. Ryan Dungey’s the heavy favorite but without Stewart and fellow sand flyer Brett Metcalfe out with an injury, why not Rattray?

Silly season is chugging along in America and Racer X’s David Pingree announced that the Rockstar Suzuki team next year will be Davi Millsaps on the 450, Jason Anderson, Blake Wharton, Ryan Sipes and Nico Izzi on the 250’s. With this team and GEICO Honda set we have half of the big-time 250 programs set.

Pro Circuit has one spot open and Star Racing Yamaha is still waiting to see who joins Jeremy Martin and Kyle Cunningham on the small bikes. Sipes is a veteran of the 250 class and was shopping for a full-time 450 ride but he’s got to make a living and his living has been in the 250 class.

He has ridden just about everywhere but PC and Suzuki so this will narrow things down for his next ride in the small bike class.

The USA MXDN team will be announced this weekend or at least it will be narrowed down to four riders. I’m thinking it’s going to be Ryan Dungey (duh) in the MX1 class, Blake Baggett in the MX2 class and Justin Barcia in the MX3 class. 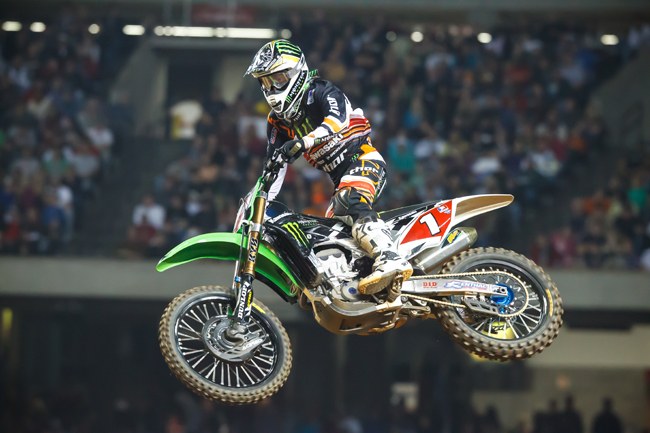 Word is that Roger DeCoster is hoping for a Ryan Villopoto return before Lommel. Image: Simon Cudby.

And maybe team manager Roger DeCoster will just announce those three along with Ryan Villopoto if he can come back from injury. Those close to RV don’t think he’s going to make DeCoster’s goal of him racing a national or two so most likely Barcia will be the guy to go to Lommel and try to win what might be the most difficult MXDN for America to win in years.

Heard a rumor that Mike Alessi, who you could imagine being a little upset at being passed over for the 450 MXDN spot for a 250 rider, is going to be heading over there to race for Puerto Rico which for some reasons that I don’t understand.

PR is a colony, state, island-something- for the USA and the last few years it’s been Americans Jimmy Albertson and Zach Osborne. I’ve checked with a couple of people and it appears that rumor is false, the team will be Osborne, Albertson and an actual Puerto Rican rider for 2012. They may not win or podium but in my experience, the team is one of the more fun ones in the pits.

And what about the Australians? Last year the green and gold made the podium for the first time ever with Brett Metcalfe, Chad Reed and Matt Moss but the chances that can be duplicated or made better is not looking good.

Reed’s been out since supercross with knee injuries and Tweeted the other day that it wasn’t looking good for him to make the MXDN. Metcalfe is out for the year with some serious leg and wrist injuries and Moss has been in and out of the JDR KTM team with injuries. In short, Team Australia is not going to be their usual force this year at Lommel. 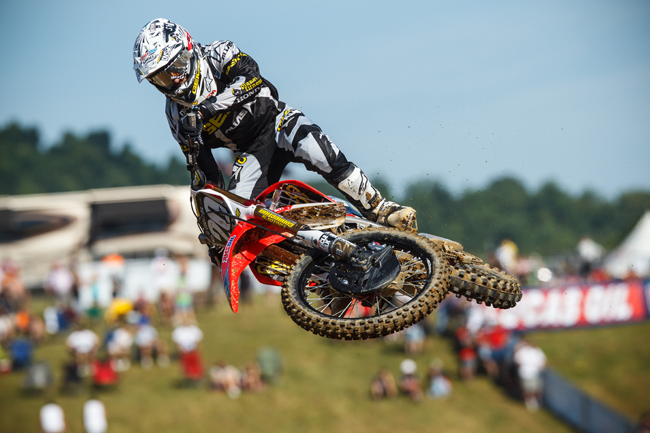 Justin Barcia will be turning on his sand skills at Southwick, as he makes a run at Baggett for the 250 class title. Image: Simon Cudby.

And while I’m touching on teams that aren’t sending their best, let me briefly touch on my home country of Canada. One once in the last ten or fifteen years have Canada unquestionably sent their three best riders and in 2012, it’s happened once again.

Red Bull KTM riders Colton Facciotti and Dusty Klatt who are without a doubt the two best riders in Canada can’t go because there is a Montreal SX on the same date as the MXDN. Facciotti’s out with an injury but he wouldn’t have been allowed to go even if healthy.

The team that was named was privateer Cole Thompson and Tyler Medaglia with the MX2 rider to be announced. Since then Medaglia has broke his leg and the two riders the organizers had hoped to send (KTM riders Jeremy Medaglia or Kaven Benoit) are both now committed to this supercross.

The Canadian sponsors and teams are clueless in terms of getting exposure. The Montreal SX was once a great event but the attendance and prestige of that race has long faded.

In my opinion a well-supported team (on KTM’s) with our best riders has a chance to finish just outside the top five which would be the countries best finish and one that would get them and the riders a lot of attention. Instead, yet again, we have coughed up the hockey puck and I wouldn’t be surprised if Canada didn’t even field a team.