Before we get started on the USA side of things, I saw where Gobert reported that Josh Coppins of the CDR Yamaha team has announced that he’s going to retire at the end of the year despite the fact that he’s leading the MX1 class right now. The Lizard is going to go out on top I suppose.

I’d just like to say that Coppins is one of my favorite racers to deal with over the years. A true gentleman and a fan of the sport, you can always count on Josh to offer up an honest opinion on the sport and things that were going on.

A great career on the track as well, his terrible crash at Loket whilst having a big lead in the points costing him a sure world championship title. That’s probably his biggest regret but it’s nice to see a good guy hanging it up while healthy and still at the top of his game.

I’m going to miss The Lizard and they don’t make them like him anymore, I’ll tell you that. Hopefully 'The Lizard' will depart from professional competition on top in Australia. Image: Simon Makker/Makkreative.com.

Ok, we’ve got a couple weeks off in the American motocross series and we’ve got eight down and four to go before the season here is done.

The 250 title somehow got even tighter with Barcia’s 1-2 at Washougal and in the 450’s, it was nice to see Ryan Dungey’s streak end. Not because of anything against Dungey, just that it’s nice to see a different face atop the podium after Dungey’s run.

When we’re back in ten days, James Stewart should be ready to go and one hopes we can see some of the incredible racing that we saw in the first four motos. As far as the 250’s, well if I’m a Blake Baggett fan, I’m definitely a little worried as the first four motos out of the break are at two of Barcia’s best tracks- Southwick and Unadilla.

After these four motos, if Baggett is still in the lead (the gap is eight points) then we’d have to say that Blake can hold on and win this title. If he’s not, we like Barcia to win it.

As some of you may know, the focus in moto here in the USA is down in Tennessee at a famous country singer Loretta Lynn’s ranch.

It’s there that the annual amateur motocross championships are held. Seeing as how the words “amateur” and “motocross” in America also equal “cash cow” there are a ton of amateur “championships” going on throughout the year but all of those together don’t equal the prestige that Loretta’s does.

For one, you have to ride two races just to qualify to get into the race. Entries are capped at 40 per class. There’s three 20-minute motos in oppressive heat to crown a champion, none of these “four laps because we have 984 other classes to run today” programs.

The pro teams and OEM’s put a lot more weight into the results at the ranch than anywhere else. You win there and you truly are the best of the best.

There’s a bit of controversy because million-time AMA champion Ricky Carmichael is back racing this year. Some people feel like someone like RC shouldn’t be able to go back to the amateur nationals because, well, because he’s Ricky Carmichael. 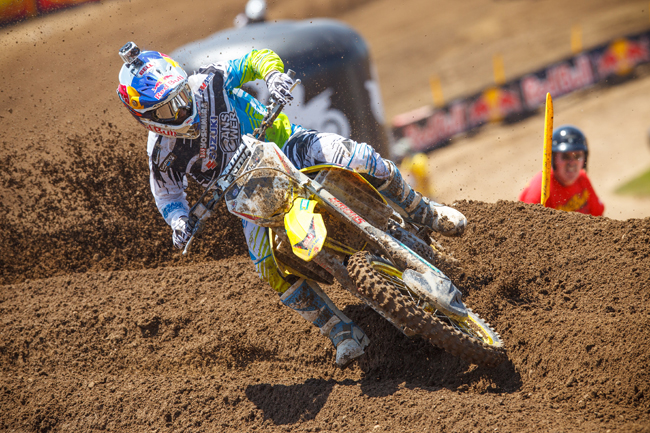 RC qualified in the +25 class and as of this writing, he waxed the field in his first moto. There are a multitude of age classes at LL’s and RC wants to race his dirt bike again. What’s he going to do?

I get it that it’s probably a bit unfair to the guys in the class but RC’s not breaking any rules and riding his age class- it’s not his fault that he’s that fast.

It just seems like sour grapes because Carmichael has a desire to race, what should he do? Just stay home because he’s too good? I say good for him for wanting to get into shape and wanting to race again.

Although Loretta Lynn’s isn’t an indicator of future motocross success in the pros, it’s pretty close. If you’re able to win multiple titles at the ranch, chances are you’re going to be able to make a living racing motorcycles if you continue on down that path.

Thanks to the guys at Vurb Moto for doing the hard work and assembling the list of all time winners at Loretta Lynn’s:

Alessi’s tied for the most titles ever but strangely only has two big bike titles there and one of them (the ’04 four-stroke) is a little dubious because well, no one else fast rode that class that year. Still Mike’s yet to win a professional title like so many thought he would be able to but he’s had a very nice career to this point.

There are those that have been to every single Lorretta Lynn’s and swear that there’s never been a faster rider than James Stewart on an 80, 125- whatever you want to say. Stewart went from 80’s to the A class (not too many guys do that) won a couple of titles and went to the pros. He was that good. 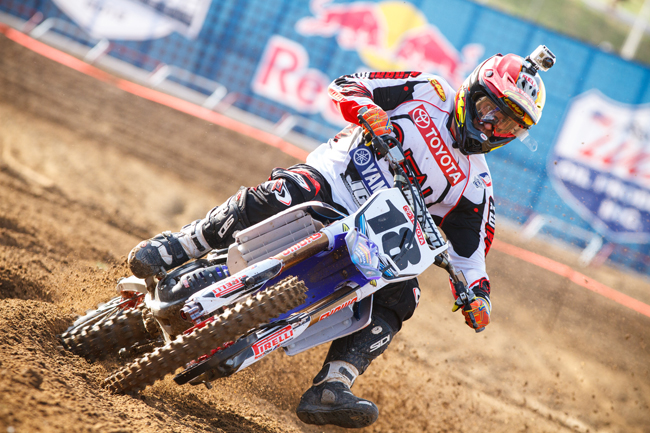 RC did the same as Stewart a few years before. So his chances to win on a big bike was only one year and he won one of two classes he was entered in (max you can enter is two classes) and crashed in the other one. And then he began his, err, very successful pro career. And barring a disaster, RC will win another class this year and bring him to within one of Alessi and Stewart.

Millsaps rode for Suzuki and maybe didn’t have as much hype as RC and Stewart but he was either 1 or 1A with Alessi for future success. And Millsaps has had a nice career with a regional supercross title and wins outdoors and indoors.

Tomac’s in his third year as a pro and has national wins and a indoor supercross title. All in all, he’s starting out pretty nice. 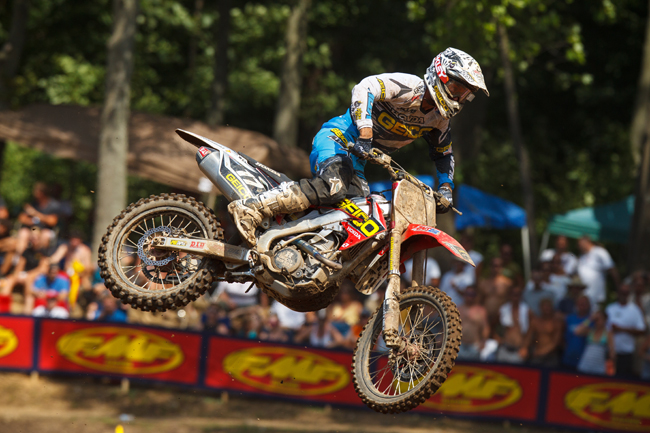 Five big bike titles for Wey and he came from a different time where the urge to turn pro when you were 16 wasn’t as great. Wey might have been the last amateur champion to stay around for a bit. The hype was there for Wey, he was a Team Green kid from the very beginning and although he’s only got one race win in his long career, he’s still ridden for factory teams and is a solid top ten rider year in and year out.

Windham was a very fast amateur but times were different when he came out, there wasn’t a lot of hype and he didn’t have a ride right away. Then he went out and in his very first pro moto led every lap but two. It was then that Yamaha signed KW and he started out on one of the very best careers one could have without winning a major title.

Hill stepped into a factory Yamaha ride, just another indicator how things changed since the guy above him turned pro. But you’d have to say that, despite making the podium at his second ever pro national, Hill’s career hasn’t gone as well as many thought it would. An injury suffered trying a backflip has basically knocked him out of action for two years but before the injury there were flashes here and there that Hill can put it all together. Mike Alessi is tied for the most titles ever won at the ranch. Image: Simon Cudby.

Emig’s inclusion on this list is helped by a couple of titles that he earned when his pro career was all done and he was racing for fun but still, Jeff was an up and coming star who probably exceeded expectations as he ended up winning three motocross championships and one supercross title.

When Ferry turned pro he was the career leader in titles at Loretta’s and that got him…exactly nothing. A full privateer for three seasons before getting a factory Suzuki ride, Ferry is example A of how things have changed. If he had this many titles in these classes and turned pro right now, he’d be making six figures and have the very best equipment. As it was, Red Dog won a regional 125 sx title and was a top ten guy for a decade before hanging it up.

Reynard had the hype no doubt about it. Full page Fox gear ads and when he won the 1993 Steel City 125 national, he was the youngest winner ever and big things were expected for RR. Injuries robbed him of much of the speed and endurance needed to win more races but Robbie did have a long pro career and is back at the ranch (ala RC) racing in the vet classes.