It’s the business end of the 2012 Monster Energy MX Nationals, and if you weren’t excited mid-season, now’s the time to pay attention and see who will be crowned champion in all three classes later this month. If one thing’s for certain, all three classes will see new winners compared to one year ago.

The Appin round last weekend was yet another solid event for the series and I must say, the guys at the Macarthur club have been working tirelessly to ensure their track and complex is one of the best that we visit all season long. Needless to say, that club loves having the MX Nationals there and I think the series enjoys going there.

Compared to last year, the track wasn’t dug as deep, and rain in the region made for slick hard-pack conditions come Sunday’s race day. Again starts were critical and again, Josh Coppins and Todd Waters rose to the top and proved themselves as the class of the MX1 field.

There’s obviously coverage throughout the site, so remember to check back at all of that, and we can’t wait to see how the series will evolve over these coming rounds. In my eyes the Moree round will be pivotal, especially between Coppins and Waters.

As expected, Coppins announced his retirement from racing on Sunday during a straightforward press conference at the CDR truck. He’ll hang up his boots at the end of this month when Coolum wraps up, but will be involved with Yamaha in New Zealand and hopes to tighten relations with the Aussie-based CDR camp. 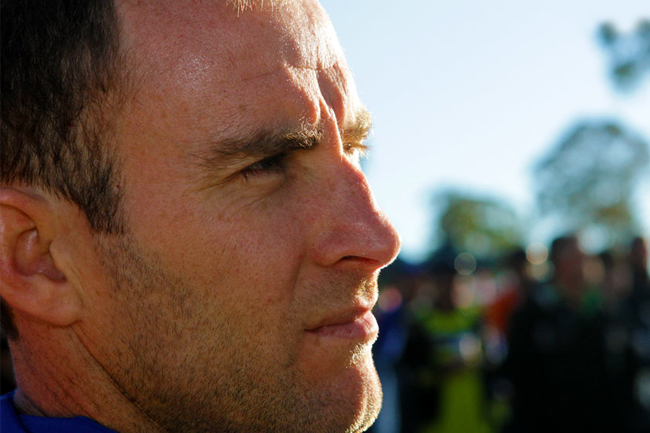 Josh Coppins announced his plans at Appin to retire at the end of the 2012 outdoor season. Who will replace him at CDR Yamaha? Image: Simon Makker/Makkreative.com.

The big question now remains, who will replace Coppins at CDR Yamaha? Not only for the MX Nationals next year, but also in supercross at the end of this year (which Coppins was never scheduled to ride). As far as 2013 goes, potential candidates have to be MX2 series leader Luke Styke, as well as Todd Waters and even Tye Simmonds.

Waters is obviously the leading young prospect in Australia alongside Coppins’ current teammate Lawson Bopping, but remember that Simmonds picked up two podiums as a fully-fledged privateer before he was injured pre-Hervey Bay. And, Simmonds can ride SX with the best of them.

These are just names that I can recall right now being linked to the team, but I actually asked Coppins during an interview this morning (which will be posted tomorrow) and he said that both of those guys could be good for Yamaha. Interestingly, the rider Coppins considers most like him as far as experience and knowledge goes, is former teammate Jay Marmont…

The silly season is in full swing as we speak now that Coppins and also Dan Reardon have announced their retirements. It would be nice to see Ben Townley back at Carlton Dry Honda Thor Racing for another season, while I would expect Ford Dale to step up to the MX1 ranks alongside him in a development role.

KTM is almost certain to take its team in-house, with everybody from Townley to Marmont to Brad Anderson linked with the Austrian manufacturer. For many teams, 2013 could be a development year, but like Waters at Motul Pirelli Suzuki this year, someone could come out and stun everybody. 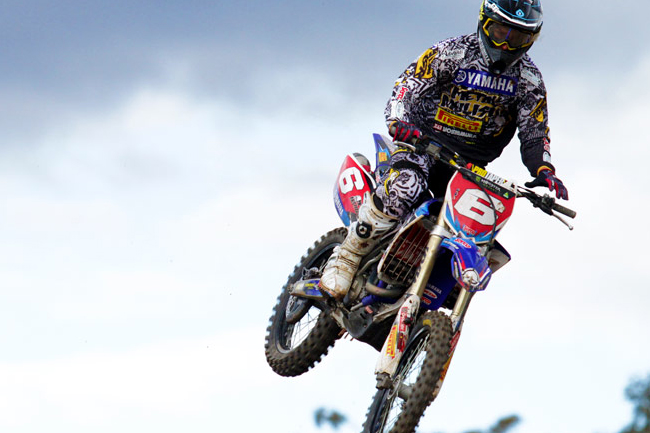 MX2 stars such as Luke Styke will be next in line to jump up into the premier class, how they go against the big boys will be interesting to watch. Image: Simon Makker/Makkreative.com.

Waters has to be the most wanted rider in the field right now after he finally found his feet with both speed and consistency at Suzuki. I’m sure he would love to stay in yellow, but a lucrative offer from a rival manufacturer could set up a bidding war that I’m not sure Suzuki would be willing to enter. That said, he fits in so well with Jay Foreman and co.

Monster Energy Kawasaki is a team that needs results next year and it wouldn’t be a surprise by any means to see Marmont stay there (especially if he can win supercross). Billy Mackenzie’s future is unknown, but he is another that could win the title if he can piece the puzzle together and there are plenty of seats around for him to do so whether it’s at Kawi or not.

And that’s the thing, there are just so many variables ahead of next year. Internationals want to come here, riders are scrambling for good bikes and strong team infrastructures, plus teams want to ensure they are getting value when signing these top level riders.

One thing we can expect next year is the separation of MX2 teams, away from the MX1 teams. Like Yamaha, the word is that KTM and Kawasaki will outsource their 250Fs in separate teams to the 450s. Suzuki started doing it mid-season this year, and Honda has been on and off with its Lites bike for the last couple of years.

There are enough quality teams in the series to do so, which would enable the top MX1 teams to solely focus on the one capacity and class. Although, if they do that, of course some of the existing budget may have to part ways along with the 250F. It would be great to see Chad Reed, an avid MotoGP fan, lining up at Phillip Island's supercross round. Image: Simon Cudby.

I often look to see who the next top rider out of the MX2 ranks will be if they stepped up to a 450 and there are quite a few of them. Styke, Dale, Kirk Gibbs, Kade Mosig and even Adam Monea (to name a few) could all compete on 450s, but it’s whether teams will take the chance that will determine their futures.

Speaking of Honda earlier, we saw the debut of the 2013 CRF450R in Australia at Appin. Not on track of course, but within the Carlton Dry Honda Thor Racing pit area. Also what we saw during the weekend was 2013 gear from both Thor and FOX on a variety of riders.

Dates for the Australian Supercross Championship were revised late last week, with the series finale now at Newcastle (see news for more). After a rather quiet month or so, the ASX series seems to be taking shape and excitement is increasing.

Keen Twitter users would have noticed a week or so ago that Chad Reed said he was interested in racing the Phillip Island round, which takes place alongside the MotoGP weekend. The TwoTwo is a keen GP fan, so if he can align everything, don’t be surprised to see him there.

Another US-based Aussie who we will see for the whole series is JDR/KTM’s Matt Moss. The current Lites champion will ride a 450 SX-F in the Open class, which will set the cat amongst the pigeons after he contested a whole season in the AMA this year. If Moss is healthy, he has what it takes to battle the likes of Marmont and Lawson Bopping for the title.