Suzuki have released details on their new RM-Z450 and RM-Z250 four-stroke motocrossers, both receiving an array of solid upgrades for 2013.

Suzuki Australia sent us the following information on their new 2013 RM-Z450 and RM-Z250:

Suzuki’s RM-Z450 MX1 contender has been fitted with an all-new piston along with new intake camshaft and updated electronics to suit the new internal engine changes.

Two couplers are included allowing the rider to easily change fuel settings between three fuel maps (lean, standard and rich) with the rich-lean coupler relocated for easier access and are now interchangeable without the use of tools. 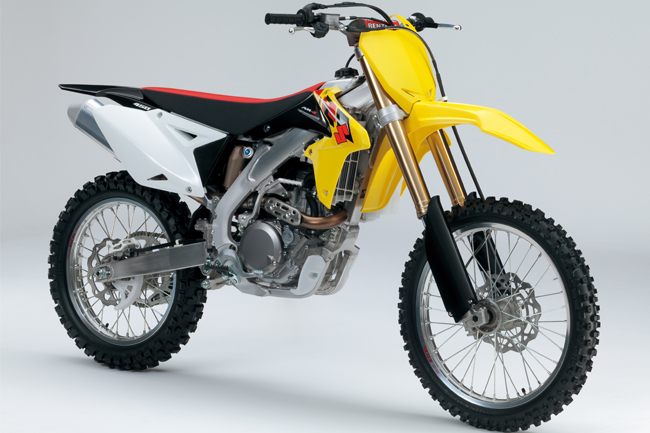 Housing the upgraded engine is an all-new frame for 2013 which has been significantly changed to create more rigidity and balance for the rider, along with increased stability and better handling.

48mm Showa Separate Function forks now come standard on the RM-Z450, with the spring enclosed in the right leg while the left leg incorporates the cartridge assembly to manage damping. The result, less friction with increased damping and overall weight saving.

Suzuki’s RM-Z250 MX2 weapon also received engine updates, including a revised intake cam profile and exahaust timing which achieves the ideal balance between high performance and ease of power control on the track. Also included will be two couplers to fine-tune your fuel preferences at the track. 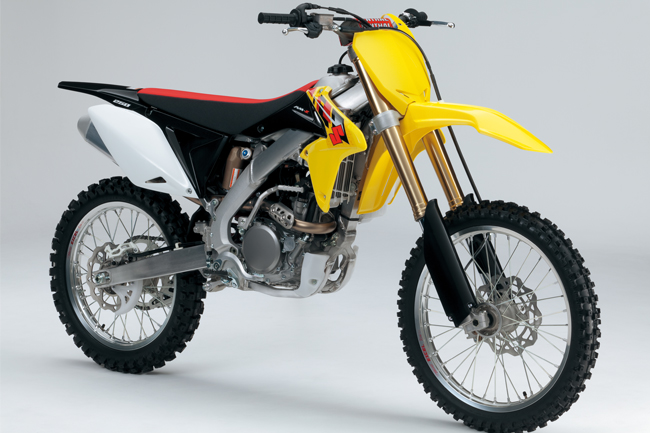 The already proven Suzuki RM-Z250 receives a range of upgrades for 2013.

Putting the power down will be an all-new five speed transmission which offers more precision shifting, along with a change in the clutch release came shape which reduces force required to operate the clutch and enhances feel.

A redesigned frame and seat will provide added rigidity and balance for agile handling and stability, coupled with the 48mm Showa Separate Function fork to keep the bike tracking perfectly.

Both the RM-Z450 and RM-Z250 have received fresh new looks for 2013, with bold new graphics and a stylish two-tone body work design.

The 2013 Suzuki motocross arsenal is due to arrive in Australia within the coming months, along with more information on pricing for both.

Click here for an expanded gallery of the new 2013 RM-Z range.