It’s tough being a kid that has everything one could want in the world in regards to motocross. The search for the next big thing just starts earlier and earlier every year and the amateur motocross champions in this country are treated like kings from an early age.

Bikes, gear, sunglasses, shoes, everything they could want, is free and plenty of it from the first time that junior realises that the top step on the podium is for him and him only.

With that kind of mentality going on we shouldn’t be surprised that despite all that looks so awesome from that outside inside the rider is just like all of us who are regular schmoes. The doubts, lack of confidence, pressures and everything else that we all deal with in private is there for these kids as well. Only they’re going through it in front of a stadium packed with thousands.

With the minimum age of 16 before you can turn pro it’s not surprising that for every Ryan Dungey or Trey Canard – kids that are champions and seemingly have adjusted well to the demands of being a pro rider – there are dozens of racers that could either match a Canard and Dungey or even beat them that never reach anywhere near the goal of being a top pro in the sport and making a living from it.

The saying “too much, too soon” is applicable to our sport here and only the best can manage to resist the temptations that many of us would give in to and become what so many thought they would be on a dirt bike. Racers like Ben Riddle, Brian Grey, Shane Bess and Shaun Perolio just to name a few have at time been ‘that guy’ and are now not even in the sport.

The self-entitlement and money that comes with being a phenom catch a lot of kids in the net before they can even get started. The work needed to be a pro really just starts when you hit the pros, it doesn’t get any easier as you get older.

Damon Huffman, a two-time 125 supercross champion and a rider who made a nice living from the sport once told me that he was told very early by his dad that if he works twice as hard as anyone else for the next 15 years, he could take the next fifty off. It stuck with a young Huffman and he certainly accomplished quite a bit in the sport even if injuries did indeed stop him from reaching a potential that many thought he had. 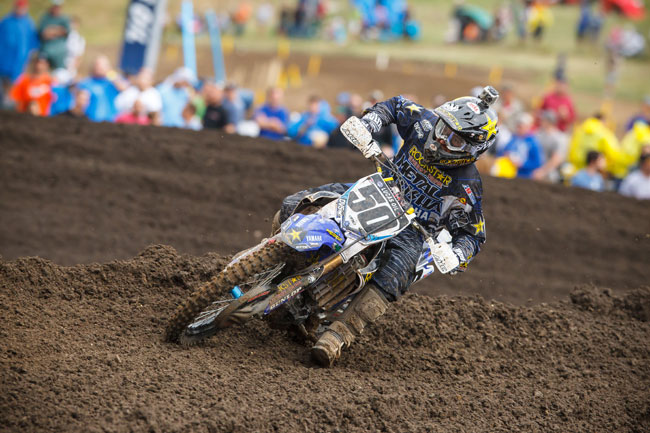 Nico Izzi has been a big improver over the past 12 months. Image: Simon Cudby.

This brings me around to Nico Izzi who is enjoying a fine resurgence on the Star/Valli Yamaha team this season. Izzi was once one of ‘those kids’ – a handpicked Suzuki rider who was going to follow in the footsteps of Lusk, Huffman, MIlsaps but he never really performed at the level that he was expected to.

He worked closely with former 125 SX champion and Suzuki factory rider Ronnie Tichenor for years and Ronnie was his guide for those early years on the Suzuki team under Roger DeCoster. Nico never won a race for Suzuki but he did win the Rookie of Year Award and ended the 250 East SX series in third two times.

He also suffered an injury at Jacksonville that knocked him out for the year. Even at Suzuki there were plenty of talk that he was losing his way which Tichenor confirmed to me here and there over the years as he had enough and quit the program at one point.

A year as a full privateer on a Honda brought him back down to reality and now he’s back racing in the 450 Class and showing good speed and fitness. He’s run top five more times than not and is the top placing Yamaha rider in the points going into this weekend at High Point.

Izzi was a rider whose career hung off the cliff and he was in danger of losing everything that he had worked so hard for but luckily for him, he’s pulled himself up from that cliff and is working hard at being a professional. It’s a nice story and so many of these things just never work out that it’s good to see one career that didn’t go the way so many thought it would go. 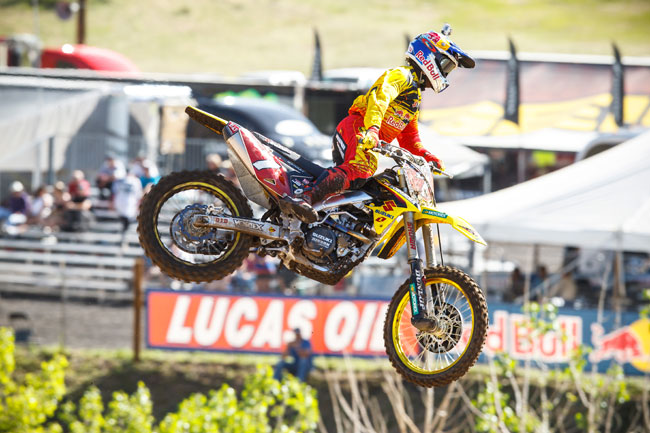 Fingers crossed that James Stewart will be back to battle Ryan Dungey outdoors. Image: Simon Cudby.

Here are a few thoughts from Lakewood Colorado:

The injury to James Stewart must be pretty serious to keep him out of the second moto and even though Stewart himself Tweeted that “things looked good” he was going to be racing, there was some more tests to be run on the injured hand. I think I can speak for everyone in saying that let’s hope he’s okay and ready to race or it’s going to be a long summer of watching Ryan Dungey dominate.

There’s not much to separate the top four in the 250 Class but one guy that could potentially get up there is two-time MX2 World Champion Marvin Musquin who is still not at 100 percent.

The Frenchman hurt his hand late in the supercross season and that prevented him from practicing a bunch before the motocross season. And he’s been up there in the motos but late in them, he falls off the pace because of a lack of fitness. He’s been working hard to get it back and hopefully we can see Musquin get into that mix with the top four.

Brett Metcalfe had an excellent first moto at Lakewood where he came from the back to get the last spot on the podium. Second moto he fell early on and had to come from the way back to eventually get 10th behind Mike Alessi, who had also fallen and actually passed Brett at one point. Metty didn’t have a very good Freestone the week before and this was a big test for him. And without that crash, it could have been a very good weekend.

Don’t look now by Michael Byrne might have had his best race since joining the privateer BBMX team at Lakewood as he came from the back to a strong eighth overall. Now an eighth might not blow your wig back but you had to be there to see him charging all moto and passing riders that in the last year or had laid the smack down on him pretty good.

Byrner’s been plagued with injuries and confidence issues (not too mention he just didn’t like his bike last year) and this year maybe he can get a bit of a roll going. The team switched to JGR motors and suspension and right now, it seems that he’s very happy with the direction and performance of his Suzuki.