Honda Australia will release more information regarding price and availability in the coming months.

Honda Australia sent us the following information on the 2013 Honda CRF250R:

Already boasting championship-calibre credentials, the new CRF250R, which is due for release in Australia in late 2012, boasts modifications and improvements to the powerplant and suspension.

Recalibrated fuel injection settings have given the CRF250R a bigger hit and more response in the low-end and midrange.

The 249cc, liquid-cooled, single-cylinder engine has always been known for its broad powerband and excellent, immediate power response, and the 2013 CRF250R will not disappoint. 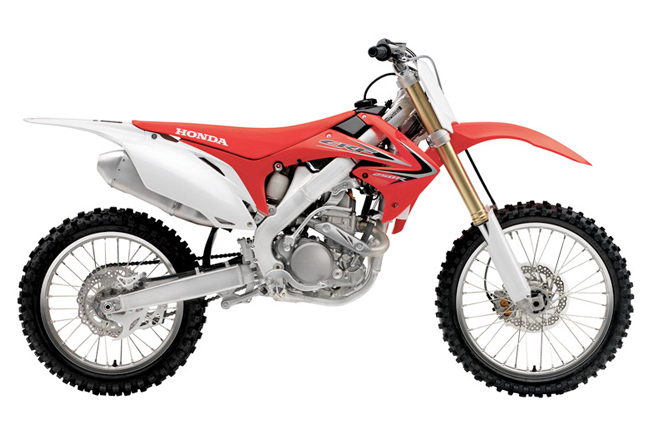 Superb handling has long been the calling card of the CRF250R, and now new damping circuitry front and rear plus new fork springs with a stiffer rate deliver better bump absorption, improved tracking and more precise handling through those extra-rough sections of track.

In addition, new-generation Dunlop Geomax MX51FA tires have been fitted to improve traction and feel, while the rear tire also shaves a little weight off the rear wheel assembly for more responsive action.

Already the most agile package on the dirt, the new CRF250R will ensure riders achieve even more podium finishes in 2013 and beyond.

More information regarding price and availability of this winning motocross model will follow in the coming months.