Kawasaki has revealed its new 2013 arsenal of motocross machines, featuring a variety of updates to improve the championship-winning KX250F and KX450F.

Kawasaki has revealed its new 2013 arsenal of motocross machines, featuring a variety of updates to improve the championship-winning KX250F and KX450F.

At first glance both the 250 and 450 have received obvious cosmetic changes, with fresh graphics and a new plastics colour scheme on the rear of the bikes. 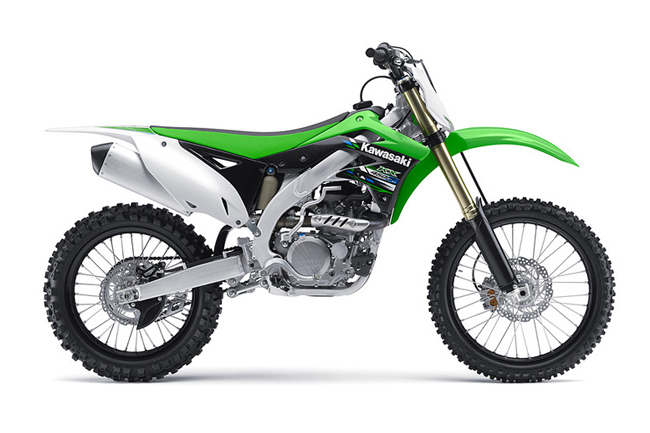 The internal damping cartridge has been upgraded from 24mm to 32mm pistons, much larger than the previous model. Aswell as DLC coating on the fork tubes to minimize sticktion.

The engine receives a revised piston crown for more low to mid range power, along with camshaft changes for improved low rpm response.

In the control department a new front master cylinder is added, with a knocker-style lever-to-piston connection for improved feel. Along with the Launch Control system and adjustable handlebar and footpeg mounts which were introduced in 2012. 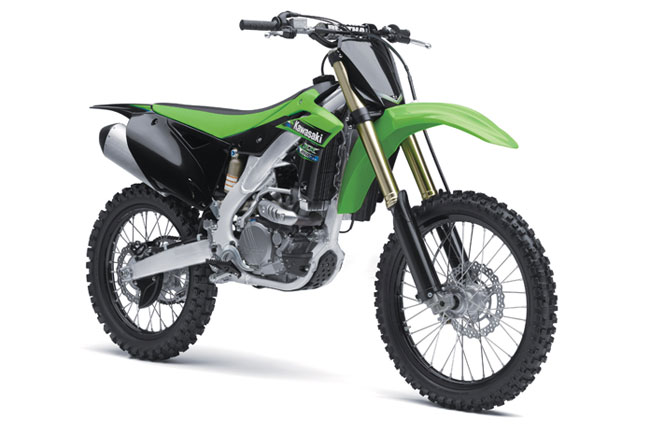 The KX250F for 2013 has received cosmetic changes along with improvements to the motor and chassis.

The KX250F gets a number of updates also starting with a new radiator shroud and side panel design, created to make the bike feel much slimmer between your legs.

The intake tract has been revised and is now straighter, providing a more direct flow of air, along with a new piston profile for better durability.

Suspension wise, the MX2 bike will be running an upgraded 48mm Separate Function Fork (SFF) with new 1mm larger inner fork tubes. A new swingarm has also been added, paired up with new forged chain adjusters to suit. The lower triple clamp has also been modified for increased rigidity and improved fork action.

Kawasaki anticipates that the new range of 2013 KX models will be released in June/July 2012. Prices are TBC.