When the supercross season ends here in America, it opens the door for the other season to start – aka, the outdoors. It also means that the dreams that were crushed in supercross now get reset and all the riders can now look towards motocross as a chance to do what they set out to do.

It’s easy to say that supercross is grueling with its 17 races in 18 weekends and with there being more off-weekends in motocross you might be right, but make no mistake about it, outdoor moto in America is a tough, grueling ordeal.

Temperatures of 30 and above at many races, humidity off the charts, a watered and tilled up racetrack that gets rough and nasty and two 35 minute motos await the racers. It’s a real test of man and machine and it begins this Saturday.

So what are we going to see this weekend at Hangtown, one of the longest running nationals on the circuit? It’s a track that’s come a long way from when I first went there in 1996. The track used to be like concrete, very dusty and not much fun at all to ride.

Over the years, like many American national tracks, sawdust was brought in and mixed with the soil that was there then it’s watered and ripped deep for the racers. It’s on the side of a hill and offers great spectator viewing and generally speaking, it gets pretty hot. A good test for the racers no doubt.

I think we’ll see right away how this summer is going to go in regards to the 450 motocross battle between KTM’s Ryan Dungey and Suzuki’s James Stewart (still feels weird typing that). Don’t let the late announcement of Stewart to Suzuki to mean that he doesn’t have much time on the bike. James Stewart has had plenty of seat time on a Suzuki in the lead-up to the outdoors.

He’s had a production bike at his house for a long time and been motoing down on it, he knows that bike in and out and if anything, the addition of works parts to the bike will just benefit even more. Anyways, we know Ryan Dungey will be fit and fast and we know James will be fit and fast as well.

But, with three years in between outdoor races, can Stewart recapture the magic that saw him go 24-0 last time he raced motocross? I think if Stewart comes out and goes 2-2 behind Dungey, but keeps him in sight, that will be something to build on.

Sometimes just being so good and so professional is a curse and that sort of is the case for Dungey. He may be looking at all this press and excitement caused by Stewart’s move from JGR to Suzuki, his news of going outdoor racing and just want to look around and ask “hey, remember me?”.

Because last we saw Dungey he was in a title fight with Ryan Villopoto and had he had a little more gas left in his tank, he might be your 2011 450 MX champ. Ryan’s a victim of his lack of drama and I’m sure he’s ok with that. Leaving Suzuki to go to an OEM that had never made the podium in supercross? No problem. What about riding an all-new bike? Yep, I got this.

He’s just a professional through and through and we just know that sure things in this life are death, taxes and Ryan Dungey being ready to race. He’ll be very fast, he’ll be in great shape and he’ll be there every single moto of the year. His 2010 450 MX season was as Carmichael-esque as you’re going to get without actually being Ricky Carmichael.

In short, with the unknowns that come with Stewie on the Suzuki, Dungey has to be instilled as the favorite right now. But it’s not an exciting favorite you say? That’s ok, Ryan will take that cheque to the bank being exciting or not. He’s the Dungenator – he has no feelings, he just wins races. The Dungenator is coming in as the pre-season AMA MX title favourite. Image: Hoppenworld.com.

So what about third? Well that’s the question and to be honest, I have no clue who’s going to grab that spot. Pick a name, any name and you’d have as good of a guess as me. As usual, the guy’s got to avoid injuries and big crashes, stay consistent over 24 motos and he’ll get that third spot.

Andrew Short could do it, he’s been in that spot before and he’s on the factory Honda. Davi Millsaps has had a great year and could keep it going to a third. Brett Metcalfe won a race last year, is hella-strong in motocross and he could get it.

Tyla Rattray is just a machine, he can go the same speed for the entire moto and he could use his consistency to end up in that spot. Justin Brayton, Jake Weimer also have their pros and cons. But there’s one rider that probably has the worst bike of the bunch that could very well grab that third spot and that would be Mike Alessi.

Alessi, on the privateer Motoconcepts Suzuki, is a very fast outdoor rider and he’s in great shape. Mike could be that guy to get third behind the top two guys very easily and especially at Hangtown, a track that he’s won on before.

Heck, Alessi goes so good there that somehow he holeshot and won a moto on a KTM 350! I worry a bit about Mike’s testing abilities on the bike and how his bike will be, as I said, not as good as the guys he’s racing but the 800 is a motocross warrior. He could be there and if he is, remember you heard it here first!

The 250 class is also shaping up to be great. The Pro Circuit Kawasaki team swept the outdoors last year and basically made everybody else look incompetent with riders Dean Wilson, Tyla Rattray and Blake Baggett sweeping the podium in seven out of 12 races. Barcia has momentum on his side for the 250 Class after a second straight SX East title. Image: Simon Cudby.

But this year, the competition is licking their chops looking at the defection of Rattray, the injured shoulder of Wilson (who’s going to try and tough it out) and Baggett’s ineffectiveness during supercross and thinking that this is their year. Star Yamaha’s Kyle Cunningham finished the year fourth in the points and is looking to redeem himself from a poor indoor season.

Blake Wharton didn’t even do the outdoor series last year and is back on a Rockstar Suzuki looking to get back into that lead group – he’s your sleeper folks.
And of course there lays the GEICO Honda team and SX champs Justin Barcia and Eli Tomac.

Tomac had a great Hangtown race and then a so-so middle of the season before scrapping his bike settings and getting some new ones for Unadilla where he ended up on the podium and was a threat for the rest of the way. Tomac is in this third year and it’s now time to see what he can do. A 450 ride awaits him.

Barcia is in his last year on the 250s and it’s got to be a motivating factor for him to get an outdoor title before he goes. He’s got one of the very best motocross racers of all-time in Jeff Stanton helping him out. If anyone knows outdoor motocross, it’s Stanton.

Barcia’s been really, really good this year. The whole GEICO team is very upbeat about the chassis improvements they’ve made on the Honda’s and they want to avoid, in team manager Mike Larocco’s words, that walk of shame this summer.

I’ve been going to the races for a long time as a mechanic or as a media guy here in the USA and I have to say, I’m more excited for this outdoor national series than I have been in a long time. Let’s get it on! 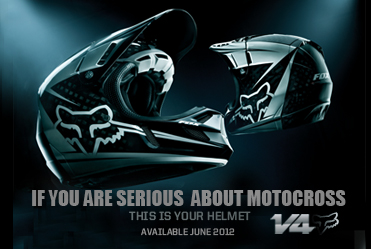