Pirelli confirms Stewart and JGRMX will use Scorpion MX tyres 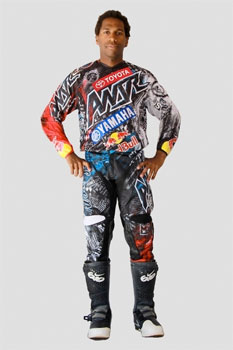 James Stewart has given Pirelli his stamp of approval for 2012 with JGRMX.

Pirelli has officially confirmed that James Stewart will compete on their tyres next season as part of the Toyota/Yamaha/JGRMX team.

JGRMX and Pirelli will continue their technical partnership through the 2012 AMA Supercross Championship, with Stewart admitting that he’s been impressed to date with Pirelli’s Scorpion MX tyres.

“I was really impressed with the commitment that the guys at Pirelli [showed] during testing, including bringing engineers over from Italy,” Stewart said. “I am looking forward to the 2012 racing season.”

Team owner Coy Gibbs believes that the team of Stewart and teammate Davi Millsaps have the potential to be a championship contender.

“We are excited to continue our partnership with JGRMX,” commented Whitmire. “Working with a first class team and organization like Joe Gibbs Racing will allow us to continue the success of the Scorpion MX family of tyres in the USA.

“Pirelli has won 56 World Championships to date, making us a leader in off-road tyres worldwide.”

This legacy of success has led to an expertise in engineering and optimum tyres to support the Toyota/Yamaha/JGRMX team at each of the 17 rounds next season.

Pirelli Tyres are imported and distributed exclusively in Australia by Link International. Visit them on the web at www.linkint.com.au.