KTM today launched its 2012 model EXC range at the Wyaralong Moto Park in Queensland, providing the perfect test platform for MotoOnline.com.au to put no less than seven off-roaders through their paces.

While we’ll be bringing you the full Launch Test of the four four-strokes and three two-strokes in the coming weeks, today we’re binging you a ‘First Ride’ report on the revolutionary 350 EXC-F.

It’s the bike that Toby Price has already been riding and winning on all year in the Australian Off Road Championship, a bike that could prove a game changer yet again in the world of off-road trail riding and enduro.

KTM introduced a 350cc four-stroke in its SX-F range for 2011 and has seen considerable success with that model to date, but the EXC version could prove even more popular as the mid-sized bikes are really beginning to shine in the bush.

In KTM’s case, it’s not just their motocross model with a headlight bolted to the front, it’s a specific enduro model that – like the entire EXC range – has a fresh new ergonomic package that has been developed in cooperation with the legendary Stefan Everts (just like the SX range this year!).

In short, other major revisions include fuel injection on the entire four-stroke range including the highly anticipated 350, an all-new PDS frame, cast swingarm and revised suspension settings. 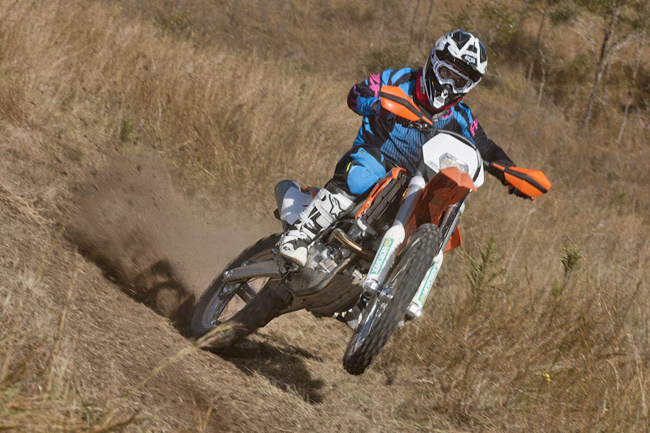 A new clutch was also a notable item listed by KTM, however we’ll go further in-depth with the technical side of the story when we complete the full report.

So first things first, does the 350 live up to expectations? You bet it does! Imagine the forgiveness of a 250cc four-stroke with power that’s stretching further toward a 450cc and you’ll be in the ballpark – it performs exactly as you’d suspect given the capacity of the engine.

Power-wise it’s certainly not a 450 (or the big-bore 500 for that matter), but KTM has never claimed it would be. In racing terms it does go up against the 450 in the E2 category, so handling prowess and its agility are all-important if it’s to stand its ground.

KTM has hit the mark in those sectors too, because the 350 does carry a true advantage as soon as things get tight and technical. You can steer it to the point where it’s comparative with the 250, and it does gain traction in slick sections easier than the higher capacity rides.

That was important today too, because new trails that were only just being broken in made up much of the riding terrain, and the dry sections of the trail did require every inch of focus and bike performance in order to make the most of a bike’s power.

You need to rev the 350 more like you would a 250, rather than lag it like an open class bike. You can do much of your riding in second gear at high rpm, or simply lag the motor in third when twisting through trails – be prepared to use the clutch at times though if you go for option two. 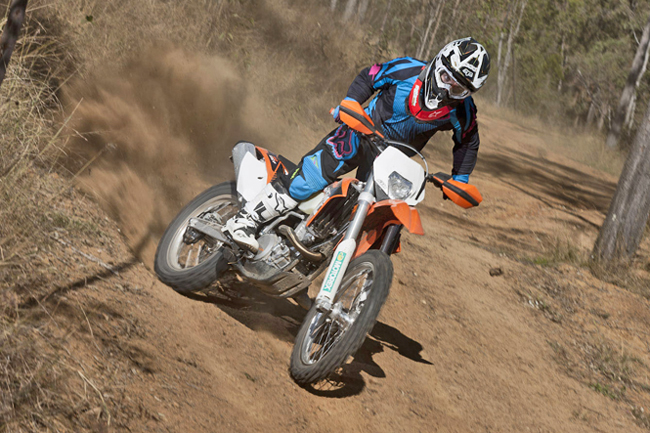 Stay tuned for a full report on the entire EXC range to come!

What was ultimately the most surprising thing during the day wasn’t how good the 350 handles, because we expected that, it was just how well the 450 and 500 responded to the challenge with their improved handling characteristics. They are seriously impressive bikes in their own right.

On this one high-speed section of grass track, the larger capacity bikes were actually every bit as good at steering through them as the 350, not in terms of agility, but simply in the way the front wheel seems to have a little more weight over it, allowing it to dig into the dirt as you get through the corners.

The 350’s slight nervousness in those sections is more like the 250F and even the two-strokes in some ways, but its advantages in the tight stuff cannot be ignored whether you’re a top racer or just riding for the fun of it on any given weekend.

Other quick observations that deserve pointing out are the clear fuel tank as I found myself checking that on more than one occasion while on the trail (the entire range has them), plus the adjustable front brake and clutch levers (you can wind the levers in or out to your liking, again which the whole range has). The electric starter is also appreciated as ever on the 350.

For a first ride we’re giving the Austrian manufacturer a serious pat on the back: one, for building such a phenomenal and diverse fleet of off-road motorcycles, and two, because taking the chance to produce a 350 is one that so many of us will make the most of in years to come on the trail.

Stay tuned for a full Launch Test report to come, plus a film to be produced by Out of Bounds Film Company during the launch. For now though, I’ve got a plane to catch! 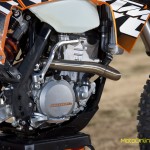 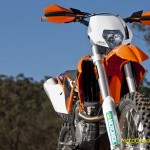 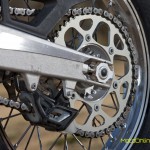 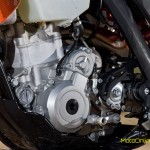 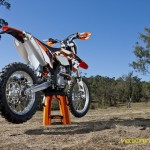 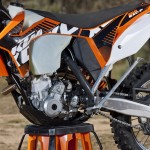 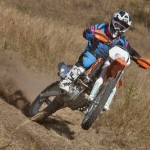 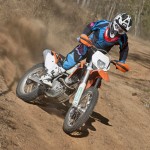 Stay tuned for a full report on the entire EXC range to come! 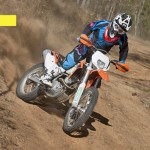