A host of revisions have been incorporated on the latest KTM SX and SX-F models.

KTM has revealed its new SX and SX-F motocross range for 2012. After receiving a heavy styling upgrade in 2011, graphics are the only major cosmetic change, however there many other updates across the fleet. Perhaps the biggest news in the 2012 line up is the host of changes made to the two-stroke models. As many other manufacturers abandon the older technology machines, KTM obviously believe they still have their place in the motorcycling world. The KTM 150 SX and 250 SX share the same updates for 2012. Just as they did in 2011 with the four stroke range, KTM have gone away from their PDS rear suspension system and reverted to the traditional linkage system, citing high progressiveness and wide adjustment ranges as the primary reason for the change. It doesn’t stop there for the chassis upgrades. They have designed a completely new chrome-molybdenum steel frame that is more balanced, along with a new cast aluminum swingarm consisting of less weight but with more lateral stiffness and longitudinal flexibility. The forks are not left out either, with the closed-cartridge WP unit receiving a new setting. 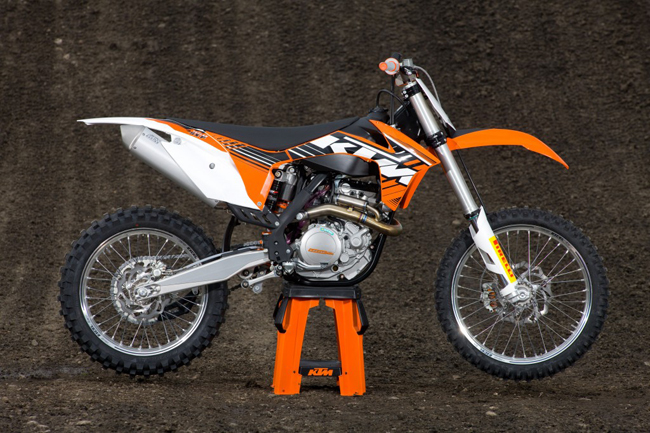 The 450 SX-F has received a new “robust” clutch, utilising a spring washer rather than the previous conical spring, which drastically reduces the operating force. It has also received a revised fork setting on the WP closed cartridge units. However, the 450 does retain a carburettor rather than fuel injection for another year. 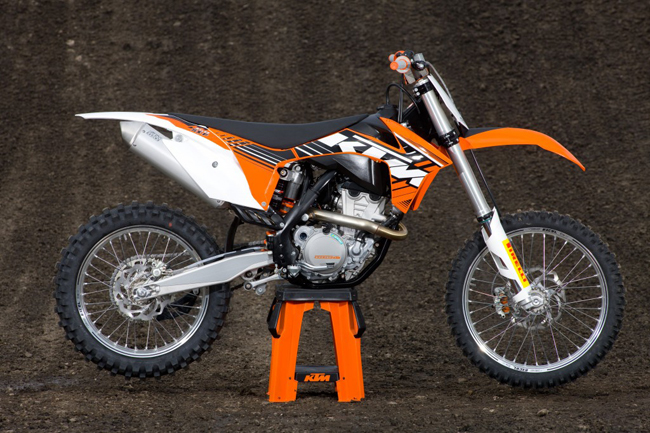 After a successful first year on the market, the 350 SX-F has also received the same clutch upgrade along with a revised fork setting – similar to what the 450 received – for 2012. 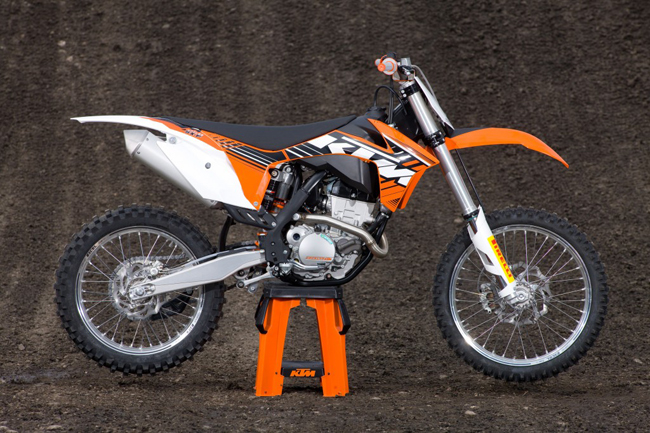 KTM feels that electric start has proved it’s worth on the larger motocross models in previous years, so for 2102 it has been extended to the 250 SX-F. The 250 also receives the new fork upgrade.

KTM Australia is yet to release pricing or details on the 2012 model release in Australia at the stage, so stay tuned for more information when it comes through.