Kawasaki in the United States has revealed the 2012 model KX450F and KX250F motocross bikes. 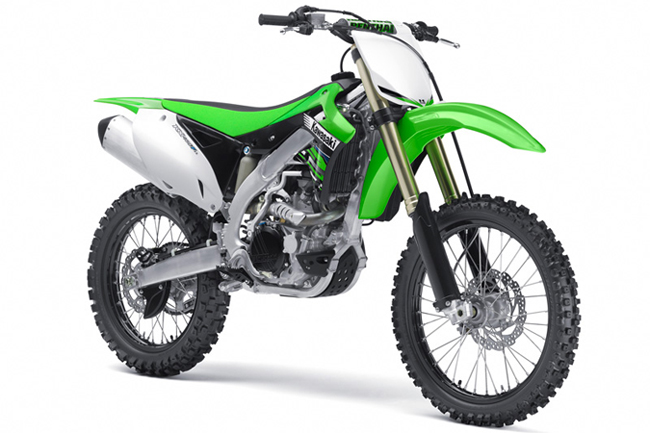 According to Kawasaki, the 2012 KX450F highlights begin with the AMA Supercross-winning DNA of last year’s bike.

The advanced design of the aluminum perimeter frame and dominating motor received a host of refinements to create a more compact and mass-centralized chassis propelled by more useable power than ever.

The KX450F features an all new Launch Control Mode, which changes DFI settings with the push of a button to maximize traction out of the starting gate.

The map retards ignition timing, allowing tyres to gain grip in low-traction situations, and allowing riders to focus on their lines.

Once the rider shifts into third gear, the system is automatically disengaged, switching back to the normal engine map.

This is accomplished without sacrificing any of the mid-range grunt or straight-line speed that made the KX450F famous.

You’ll also find an upgraded transmission for easy, reliable shifting and greater durability, according to Kawasaki. 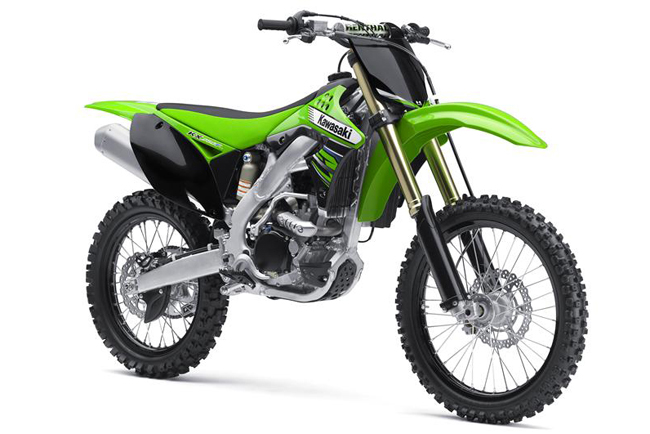 As for the 2012 KX250F, the race-proven technology of the quarter-liter motocrosser returns for 2012, but with added enhancements that give the KX250F even more usable power, increased durability, and the best-handling chassis yet.

For 2012, Kawasaki engineers sought to create a KX250F with even more impressive top-end performance, which they accomplished by equipping its Digital Fuel Injection (DFI) system with a second fuel injector located near the airbox intake.

The all-new ‘upstream’ injector helps build a wider and more potent spread of power as rpm climbs. The two fine-mist atomizing injectors that feed the 250cc four-stroke powerplant are distinct in appearance with different body sizes, but deliver the same per-cycle capacity.

Together, Kawasaki’s dual injectors pack a one-two punch, delivering a second dose of fuel on acceleration to increase the high-rpm power and overrev capabilities of the KX250F.

Kawasaki has retained the unique Separate Function Fork (SFF), just like the factory racers, although there are increased spring rates on front and rear suspension aimed at race-level riders.

Other revisions include thicker, more robust engine components to boost reliability, while smooth-shifting transmission offers even more positive feel according to Kawasaki.

Kawasaki Australia expects the model to be released in the second half of 2011, however a retail price is yet to be announced.