MotoOnline.com.au catches up with Suzuki’s Cody Cooper to speak about his New Zealand MX1 Motocross Championship.

The title’s been a longtime coming for the Kiwi international, finally making his mark as the sport’s premier rider in his home country against an all-star cast including former world title contender Josh Coppins.

MotoOnline.com.au got in contact with Cooper this afternoon to speak about his triumph, as well as to gather his thoughts on the upcoming MX Nationals round at Appin this weekend. Cody, you managed to wrap up the New Zealand Motocross Championship in the MX1 class over the weekend, you must be stoked?

Yeah, for sure. I’ve been trying to get one for ages but have been coming up a little bit short, you know? It’s just been bad luck I suppose, so it’s good and I’m really happy to get the title.

Going into the event I wasn’t leading the championship, but then I won the first race and was leading it from there. I won all three in the end, got all three holeshots and was able to ride smart, really.

You seem to be in really good form this year, so is it a case of being more familiar with Suzuki and the job at hand in NZ and Australia?

Yeah, it’s been good running the same bike set-up over here. It’s been good me knowing the team and them knowing me a lot more, which gives us a good base from last year. That’s helped a lot, for sure.

This year is the first time you’ve won the MX1 title in New Zealand, but you’ve chosen a good year to do it considering the competition including Coppins…

It was good that he was in the series and even better that I could win with him in it. He’s riding strong at the moment, so I’m just happy that I put my head down after the first round.

We found some good fork settings, which has helped a lot and my bike is turning real good, just handling awesome. I’m really loving it at the moment. 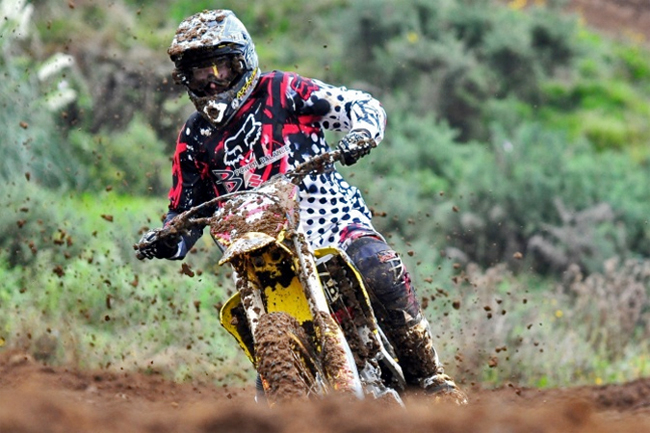 The 2011 title marks Cooper's first ever in the premier MX1 category.

Your attention is now obviously focused on the Aussie MX Nationals, so how much will this momentum help you heading into Appin this weekend?

I reckon heaps. I’ve been able to ride the new track and they’ve changed the format as well, which I’ve been riding over here anyway – doing the longer motos.

I just have to practice my dirt starts because all our ones are concrete. I’ve been doing them for years though, so it shouldn’t be too hard.

What’s it like racing in both New Zealand and Australia? What’s the difference between the two?

Well it’s good with Josh here now, but I think the depth isn’t quite there like in Australia. You can get an average start and still be right here, unlike Australia where if you get a bad start then it’s really hard to work your way past people.

Your ultimate goal is obviously to win the Australian championship, so what are you expectations heading into round two on Sunday?

I need to better my last round placing of second, really [laughs]. I need to try win and I really want to start wearing the red plate. We’ll have to wait and see what happens!