MotoOnline.com.au looks back at the week on our sport from an Insider's perspective. 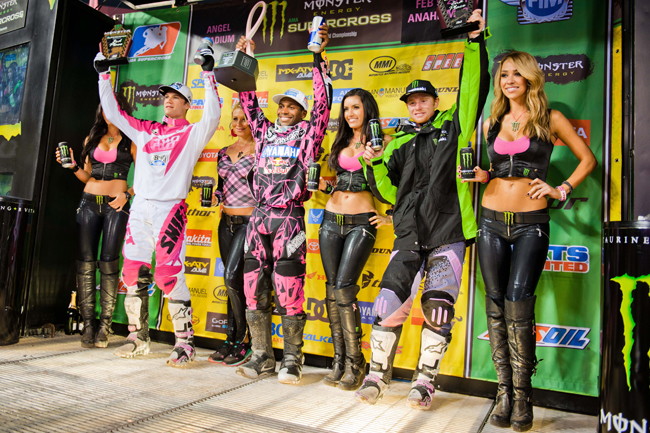 American Supercross
Last weekend’s ‘Pink’ round of the Monster Energy AMA Supercross season at Anaheim 2 is a highlight of the year for many, a touching event where teams and riders go all out in pink to show their support of breast cancer awareness.

Each and every year it seems the apparel companies and teams come up with cool ways to show off the pink colourways, and this year was no exception as so many changed the colour of their bikes, gear, boots and helmets in support of the cause.

Not only that but the series promoters turn much of their signage pink, plus even the security swapped their traditional bright yellow vests for some glow pink on the evening.

San Manuel Yamaha’s series leader James Stewart was something else on Saturday night. If you doubted his ‘fastest man on the planet’ status of late then think again, because he was hauling and even doing a couple of quad sections that no other rider even attempted.

Ryan Villopoto was again his consistent self for Kawasaki, and I’m certain it’s going to take exactly that to pull off the title.

Speaking of consistency, the fact that defending champion Ryan Dungey had a chain derail was a shock, especially considering Rockstar Makita Suzuki and Goose’s strike rate when it comes to reliability. It’s believed a foreign object such as a rock or contact with another rider caused the fault.

As Aussies, you just can’t help but to be proud of Chad Reed’s efforts in 2011 as he runs his own team under the TwoTwo Motorsports banner. CR is pushing new boundaries with this team and for those who have seen the set up in real life, you’d understand the seriousness in which he is tackling this year.

We’re hearing as soon as Chad wins a main event then he has a very real possibility of landing a cover with Racer X.

On a side note, you have to give it up for Monster Energy Pro Circuit Kawasaki’s Josh Hansen after winning A2 with a broken hand sustained in a practice crash that also rung his bell pretty hard.

It’s determination like that which earn titles, and if Hansen’s form that he’s carried over from Super X in Australia is anything to go by then he’s in with a huge shot at taking his first U.S. title.

The fun continues this weekend in Houston, marking the first round of the East Coast Lites, where much of Australia’s support would have to be behind dual Aussie champion PJ Larsen.

Finally, JDR/J-Star/KTM’s Ryan Marmont has officially returned to Australia in order to prepare for the MX Nationals, however we’re hearing there’s still a possibility he will return to the States for the San Diego round in less than a fortnight.

Teammate Dan Reardon has stayed on for Houston, however the word is he will still be returning to Australia fulltime this season with JDR aboard a 350 SX-F. Reardon wants to stay in the U.S. really badly, but I’m sure his ability to contend for the MX Nationals was an important factor when they signed him.

Apart from that, Michael Byrne is back to riding in Florida and was on hand at Anaheim 2 last weekend, so it’s expected he’ll make his race debut any week now.

Finally as far as U.S. Supercross goes, Kenny Roczen confirmed with us on Saturday at A2 that he will step up to the Supercross class aboard a 350 SX-F this weekend in Houston. You have to admire his determination at just 16 years old, and who knows, maybe he could upset the applecart after claiming his maiden Lites podium just a few days ago at Angel Stadium.

We’re back from the U.S. now after a very Supercross-focused trip, however rest assured that we still have plenty of content up our sleeves from the trip to keep you guys entertained over the next week or two!

Australian Motocross
It’s funny how things turn out sometimes, because as I flew home from America last night, I just so happened to be on the same plane as Monster Energy Kawasaki’s new Lites rider for the 2011 MX Nationals season.

We broke the news this morning that it’s in fact Phil Nicoletti who will ride the team’s factory KX250F, marking another relatively unknown up and comer from the U.S. who has every chance of taking out an Aussie title in order to build his career back home.

Nicoletti could be compared to PJ Larsen, a rider who is on the verge of blossoming in the U.S, but can’t quite crack the deal that he needs to make it happen. If Larsen’s form last year is anything to go by, we have one more Lites class title contender on our hands already.

The MX Nationals series is now just over a month away, scheduled to start with a bang at Broadford on 13 March as we enter the most contested series in a long, long time. 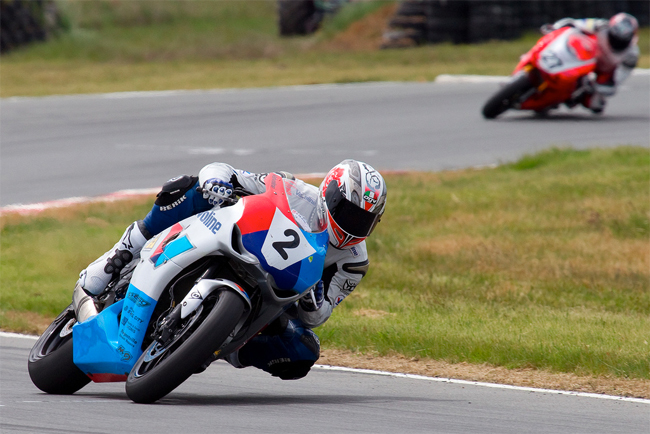 Allerton rode a near-standard S 1000 RR at Phillip Island a few weeks ago and almost equalled his best lap set on the Honda Superbike during the same day, so you can be sure that he’s fired up to continue the winning form he finished last year with.

The team will basically be made up of the crew from the former KTM Superbike Team, however it’ll be an all-new program from the ground up with a new manufacturer and new rider for this year.

Yamaha is taking its Australian Supersport season seriously and is holding a test at the Island today for Yamaha supported riders, also doubling as an opportunity for journalists to go an sample the FX-winning race bikes from 2010.

World Superbike
Good news for Australia during the last week came when Mark Aitchison was conformed for the Pedercini Kawasaki team to contest the entire Superbike World Championship alongside Roberto Rolfo.

Atcho and Bryan Staring will make up a three-man Pedercini line-up at Phillip Island’s season opener before the ASBK champ steps down to Superstock duties for the remainder of the year and I believe that will be the perfect learning platform for Staring.

One thing I’m really looking forward to at Phillip Island is Staring v Josh Waters, the two most recent ASBK champions going head-to-head on the world stage in their official WSBK race debuts.

That’s all for this week, thank you as always for reading and stay tuned for some exciting things we currently have on the boil here at MotoOnline.com.au!