MotoOnline.com.au puts Alpinestars’ top of the line off-road neck protection through its paces. The Alpinestars Bionic Neck Support system is one of the latest on the market.

Italian company Alpinestars has been a leader in motorcycle boots for years in the sport of motocross and road racing, expanding into the critical world of neck protection last year when it released the Bionic Neck Support (BNS).

Neck braces have been extremely popular and are becoming increasingly common when it comes to motocross in recent years, with companies determined to make steps forward in the prevention of serious neck injuries.

In the Bionic’s case, it’s designed to “work with a helmet to reduce the risk an severity of a catastrophic neck injury”.

The key word in that sentence is reduce, because there’s no guarantee that wearing one of the braces will stop you from getting injured, however any reduction of the possibility for serious injury gets the thumbs up in my books.

So before we get into the performance side of the review, let’s go through some of the key technical features that make up the BNS.

The BNS is made from a Carbon Composite Frame, which functions by providing an alternative load path for the energy that compresses the neck.

According to Astars, if the helmet is in contact with the Bionic Neck Support at the moment of impact the overall load passing through the neck can be reduced, which may prevent a fracture from occurring.

The BNS also helps reduce the chance of muscular injuries associated with extremes of head movement. It’s designed to help prevent the most serious damage and minimize the risk of collateral injury as the impact load is channelled away from the neck.

It also has a Rear Stabiliser Failure system, which in the event of large loads being channelled onto the rear stabiliser (the part that sits on the back), there are a number of deliberate bending and fracture points designed to relieve extreme loads that may be transmitted down the back.

One of the downsides to wearing neck braces seems to be the added possibility of breaking collarbones in some cases, however the BNS lowers those chances by using an expanded foam compound to distribute the impact force over the widest area yet remain light in weight.

Also assisting in the prevention of breaking collarbones is a continuous frame member that runs over the shoulders, meaning there are no weak points in a critical part of the frame and that there are no metal pins or screws sitting directly above the shoulders which could be dislodged into the shoulders or collarbone during an accident.

As is easy to see by now, Alpinestars has put a massive amount of R&D into the system and it’s worn by the likes of Australia’s dual AMA/World Supercross and AMA Motocross Champion Chad Reed. 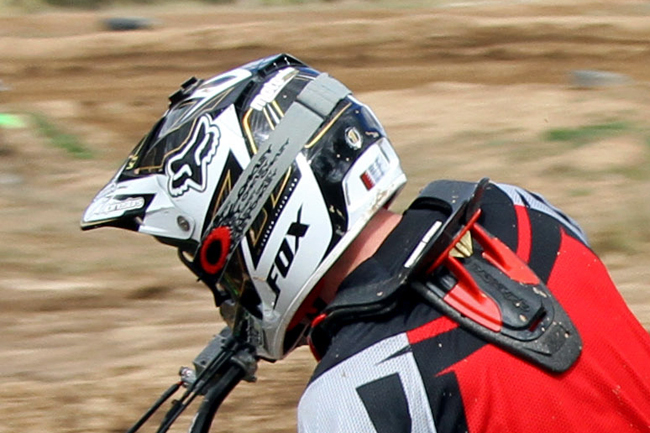 Neck braces have been becoming increasingly popular in motocross and off-road riding.

The fitment of the BNS is ultra important as with any riding equipment. Fit is critical to ensuring the most effective protection possible and Alpinestars says no neck device should roll around over the shoulders.

Fine adjustment of the shoulder height allows a more personalised fit – particularly for individuals who have a shorter than normal neck. There are foam inserts that you can place in the shoulder region to make the brace sit higher, which effectively makes it more comfortable around the chest as well in some cases.

There’s a Pivot Key System, which is a special magnesium key located at the rear allows the convenient front opening of the device while also allowing it to be dismantled in an emergency. This is in comparison to the side-opening structure of the Leatt Brace.

There’s a choice of strap systems that you can wear with the BNS, including the X-Strap System that’s supplied with the brace and allows a small, light strap (worn over or under the jersey) to secure the device to the rider.

The larger A-Strap assembly (available as a separate accessory) provides a traditional chest strap for those who like to wear the protector tight to the body.

Personally, I haven’t tested the A-Strap, simply because I felt that it has remained comfortable and in position simply with the X-Strap System.

In the looks department, in my mind the Astars brace is the top one on the market and I do have a Leatt as well.

Comfort-wise though, the Leatt’s padded areas are preferred over the hard foam of the Astars brace. It’s obviously designed for protection and not all safety items are completely comfortable, however that’s just my opinion.

Another slight problem I find when wearing the Astars brace compared to the Leatt is that there’s no padding between the carbon and helmet, so any slight movement results in a tapping sound as the two hard surfaces collide. Yes, you get used to it, but at first it was a slight distraction.

The shape of the Astars brace permits a lot more movement though with way less restriction than the Leatt, enabling you to feel as though you’re riding withing a neck brace at all in some circumstances.

The back seems lower and front also does, however these can be adjusted on the Leatt brace. The side sections of the Astars brace are also much thinner than what they are on the Leatt.

This review has seen quite a few comparisons between the pair of leading neck braces on the market, however I must say that both are exceptionally good, just different in so many ways despite their similar looks.

Alpinestars is a new competitor in the market of high quality neck protection, but it’s certainly had many long hours of homework put into it thanks to the feedback of some of the top riders on the planet. The added bonus of a handy little carry bad stamps the Astars quality that we’ve become accustomed to over the years, too.

MINUS POINTS:
– Uncomfortable at times
– Noises when helmet touches brace 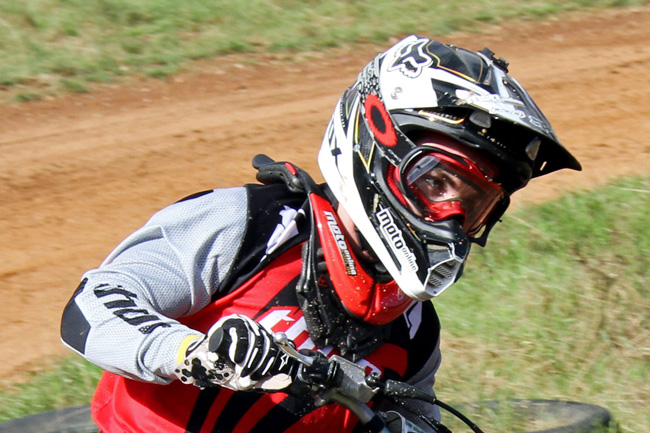 The Bionic has a front-opening system that makes it easy to put on or remove.