Get the inside line from JDR Motorex KTM’s Ryan Marmont fresh from his Pro Lites round win at Moree on Sunday.

JDR Motorex KTM’s former Pro Lites MX Nationals Champion Ryan Marmont has been somewhat overshadowed in 2010 by American teammate PJ Larsen, but that all changed at yesterday’s penultimate round of the series in Moree, NSW.

Marmont broke through for a massive victory in the team’s debut with the 2011 model 250 SX-F, boosting himself to second in the standings and top Australian heading into this weekend’s season finale at Coolum in Queensland.

After finishing on the podium with second at Horsham and third at Wodonga, Moree saw Marmont shine as he streaked to the overall – his brother Jay making it a Marmont sweep with the Pro Open round win.

MotoOnline.com.au called the Lites winner today to get the scoop from the weekend of racing. 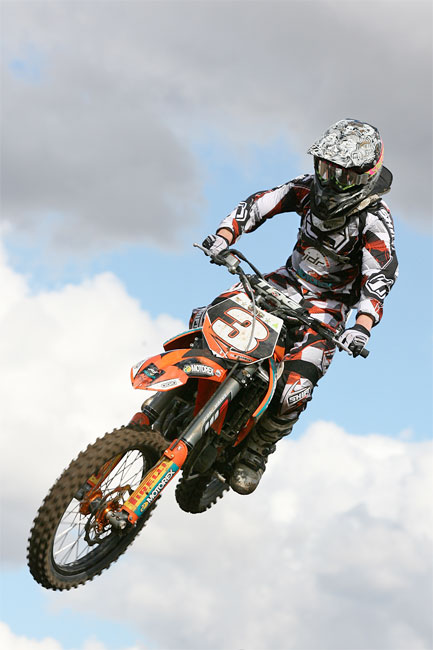 Well done on the weekend at Moree, were you expecting to win first time out with KTM’s 2011 model 250 SX-F? You and the team must be pumped!

Yeah, we’re stoked mate. We got the new bike and only rode it for two days, so we pretty much raced with a standard shock in it and I adjusted to the new model really quickly. It’s a really nice bike to ride, I’m just so pumped with it and I think it’s a credit to KTM for building such a great bike out of the box.

It was actually an all-Marmont weekend with Jay winning the Open class, so did you guys have that planned, or what? It’s been a while since we’ve seen both of you on top together.

Yeah, we did actually. I had a bad couple of weeks leading into Albury, just had to survive that weekend, but I got a podium there and I was pumped. I knew if I worked hard I could make it happen this weekend.

It’s the same with Jay. He really wanted to win to try and get a nice points lead heading into Coolum and he managed to do that. We both worked hard and knew what we had to do, so it was awesome when everything went to plan.

You’ve only had limited time on the bike and the team was using the 2010 engine without EFI for now, so can we expect even better form once you guys have the new engine and extra development time?

I think so, you know. We just had to get by last weekend and then also for Coolum before we have a big break before Super X. The boys will have their heads down doing a lot of development with the fuel injection trying to get it the best we can. We use resources from all over the world and they’ve been getting great reports.

We really want to give it a great shot for Super X. I’m sure that the bikes will be fast and I feel that I can ride supercross better than I can motocross, so I’m looking for big things out of myself as well.

It’s actually a huge year for KTM as the manufacturer is adopting linkage for the first time on its four-stroke motocross bikes, so how much did that new chassis help you in gaining your first overall of the season?

The bike was great. We still ran the same forks that we’ve been running all year so I had a good feel for the front-end, and as I said, the rear was standard. So to hop onto it and adapt to it straight away was amazing in a National. It wasn’t a worry, I knew the bike was capable of what I could do and more, so for that bike to achieve that is quite an amazing thing.

You’re second in the championship at this stage heading into Coolum this weekend, so that would be a solid result for the series in a 1-2 for KTM considering PJ’s form throughout the season…

Yeah, I think so. I would have liked to be closer to PJ in the points, but I’ve had a few bad motos and they have let me down so second place is where we’re at for the moment. I definitely want to be in front of [Kirk] Gibbs and [Cody] Mackie when the weekend’s finished at Coolum, but I’ll just ride my own race and do the best that I can. Hopefully we’ll come away with an overall victory again.

We have Super X coming up next after the Nationals, with Supercross one of your strengths, so what are your expectations for this year’s series?

I’m looking forward to Super X this year back on the KTM. I’ve always liked the bikes in supercross, so now that we have this new bike with linkage from KTM, it’s something that I’ve been waiting for. Every year we would hope that the bike would come with fuel injection and linkage, so now those dreams have come true.

I’ll definitely be going out there to try and win the championship for myself and the manufacturer. I think it’s going to be a tough series with a lot of fast guys out there, but I’m confident with the right attitude and the right preparation that we can definitely win.

Well congratulations once again mate, we’ll see you in Queensland this weekend!

Thanks a lot, Al. 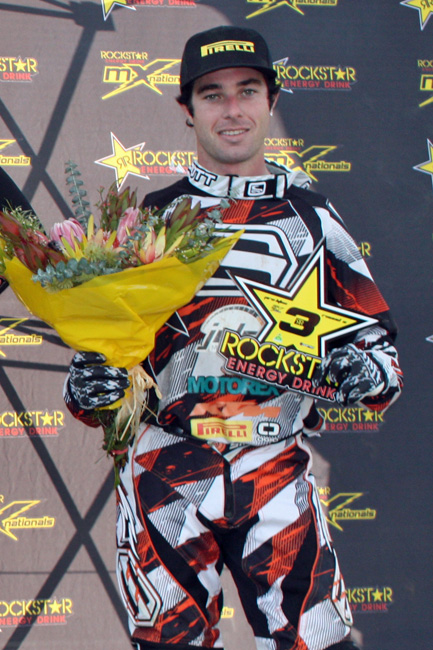