The 2011 Kawasaki KX250F has received major upgrades including EFI and a radical new Showa fork.

Kawasaki has taken the covers off its 2011 model KX250F and KX450F motocross models, featuring a host of updates in comparison to the current models.

The KX250F has received much of the focus, the Lites class weapon receiving a lightweight fuel-injection system for next year, featuring 43mm throttle bodies, aluminium fuel pump, and a single injector.

The EFI system is powered by the electricity generated by the rotation of the crankshaft, meaning it’s not battery powered. Like the 450, there will be an optional Kawasaki Fuel Injection Calibration Kit made available, which allows riders to adjust fuel and ignition maps with their PC.

A reshaped piston has been fitted within a shorter cylinder, boosting compression to 13.5:1, while the intake camshaft additionally allows for more valve lift. There are also stronger valve springs fitted, as well as having an altered crankshaft balance to coincide with the other changes.

There’s a larger intake boot for air to enter the engine, while a longer header pipe and quieter muffler has been fitted. Adding to the engine changes is a longer spark plug, powered by an updated coil.

The shifting mechanism, plus second and fourth gear ratios have also been modified, while a 50-tooth rear sprocket has also been fitted.

As for the chassis on the KX250F, just subtle revisions have been made after this year’s model underwent a major overhaul. In fact, the only chassis changes come to the suspension.

The Showa Separate Function Fork is the big change. Unlike a conventional fork, there’s a piece that separates the spring and damping circuits between each leg.

The right leg is the main spring and adds spring tension adjustability via an adjustor atop the fork leg – just like a pre-load adjuster on most modern sportsbikes.

Meanwhile, the left fork leg takes care of damping with a conventional cartridge damper inside, enabling compression and rebound damping to be adjusted via clickers on the cap and at the bottom of the leg.

And the benefits? It is said that there’s 25 percent less stiction, less weight and is easier to adjust. The offset has been reduced by a millimeter to 22.5mm for easier steering.

At the rear, the Showa shock absorber also has new damping settings.

The Open class KX450F has received just minimal updates for next year, with the optional Kawasaki Fuel Calibration Kit being updates with a new and improved connection apparatus as well.

There’s also a new ECU, which is designed to give the bike improved response at low rpm. It has a reshaped piston for durability purposes, while the shifting mechanism has received some basic mods for a better feel when shifting. A quieter muffler has also been fitted.

As for the chassis, it now has steel engine mounting brackets compared to the aluminium found on this year’s bike, while the Kayaba suspension has revised valve settings at the front and rear. There’s also a blue coating on the forks to make them look more similar to Chad Reed’s factory AMA ride.

Finally for the 450, there’s a new seat cover and the chain guide is more durable, said to be three times stronger than this year’s guide.

Purchase details or availability regarding Australia are yet to be announced.

Click here to watch the video introductions in our Video Gallery 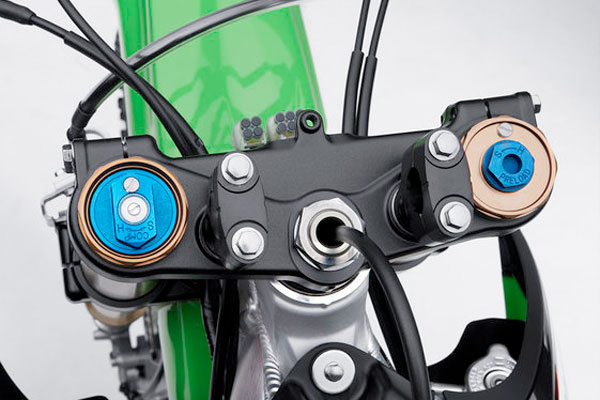 Compression and rebound can be adjusted on the left, while there's now a pre-load adjuster on the right-hand fork leg for the KX250F. 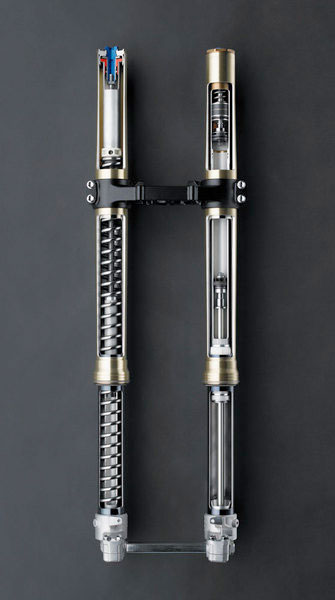 Check out the radical internals of the Showa Separate Function Fork featured on the KX250F for 2011. 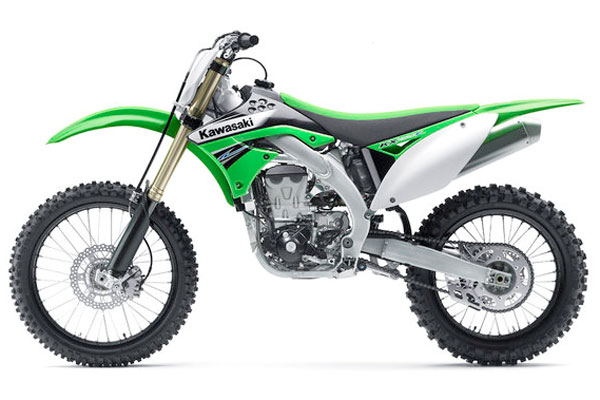 Kawasaki's 2011 KX450F has undergone just minimal changes for next year. 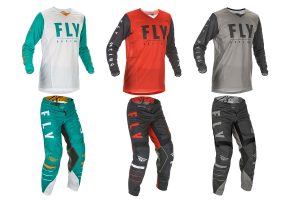