MotoOnline.com.au exclusively speaks to Motorcycling Australia CEO David White regarding the current state of the sport on a domestic level. 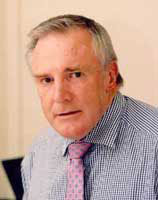 Australian motorcycle racing has long produced some of the greatest international talent in the world, enjoying the benefits of what seems to be a country destined for two-wheel success.

The domestic level of competition continues to feature spectacular racing throughout all disciplines, but battling to make a significant impact on a national scale against sports such as Rugby League, AFL, soccer, cricket and even V8 Supercars from a motor racing perspective.

Road racing is pushing to make headway with the Superbike series under promotion of the International Entertainment Group, while a shock new breakaway series without MA as the governing body has just been announced.

Supercross and Motocross are building from strength-to-strength thanks to Global Action Sports’ rejuvenation of Super X, as well as Williams Event Management’s phenomenal push on the outdoor nationals.

The Off-Road industry was rocked when Dirt Bike Promotions announced it would be ceasing its involvement in the 2010 series, despite the series rapidly growing in popularity in recent years, but it too is bouncing back in quick fashion.

MotoOnline.com.au got in contact with Motorcycling Australia CEO David White to get his input on the sport and where it’s currently headed as we approach almost one decade into the 21st century.

There’s a lot of uncertainty surrounding the sport on the road racing front right now, but where do you currently see road racing heading in general considering its current state?

There’s no doubt that road racing is experiencing some difficulties. Motorcycle racing is quite cyclical, in that one point in time the off-road racing gets more prominence and then it changes to road. We had a complete domination of road racing from the first grand prix at Phillip Island in 1989 and then it probably continued on through the ’90s and even into the early 2000s. Certainly, there’s no doubt that motocross has gained prominence over the last few years, but there are opportunities for road racing to develop and expand.

We’ve seen International Entertainment Group take over the Australian Superbike Championship in 2009, which I believe has been a good debut season to date, but how would you say the transition has been to date? It seems popular on a lot of levels, and then very much disputed on others…

Look, overall I think IEG has done a fantastic job. The crowds are up, particularly Eastern Creek, which is always relatively difficult to get a crowd to, and that was a fantastic event crowd-wise. Television exposure has increased, and obviously there are cost factors due to the world economy that are particularly hitting road racing relatively hard at the moment, but that is a time factor and we will overcome that. I think, generally speaking, IEG have done a fantastic job and will continue to do a good job.

What about the Formula Xtreme series that isn’t going to be run under Motorcycling Australia in 2010 – can you give us your opinion on that and where MA stands regarding this decision?

Well, I guess I could answer the question fairly easily. I respect Terry O’Neill as a promoter, but look at the difference IEG has made with the Australian championship this year. Formula Xtreme has struggled for entry numbers this year, and I don’t see that series as being a major threat in 2010.

There has been a lot of talk regarding the Australian Superbikes running alongside the V8 Supercars in 2010, do you believe this is a way forward for the series? Where do the support classes stand in all of this?

We have got a meeting this afternoon with IEG regarding some fine tuning for 2010, and in those discussions will be the potential for Superbikes to be with the V8 Supercars at some rounds, and where the motorcycle-only rounds will be. I expect that after today’s meeting we will be able to lock a few things into place, and we will probably be in a position by the end of next week to finalise the calendar, which is well on its way to being finalised now. That will give us a good calendar of events for 2010.

Moving to what is a completely different discipline, Motocross and Supercross are booming right now. What do you put this success down to?

We’re talking about the off-road competition side and the road competition side, which are two vastly different areas, and have a huge variation in cost to participate from one to the other – it’s obviously a lot more expensive to participate in road racing. The sheer weight of numbers, as juniors, start off in motocross and obviously a lot of them stay in that discipline. If you look at statistics worldwide, that’s where the majority of motorcycle competitors are throughout the world.

For somebody like you who has been involved in the sport for a very long time, it must be satisfying to see the Super X going so well on a national level, is it?

MA is the governing body for motorcycle racing in Australia

Absolutely, it’s fantastic the way that it has been done with live television and the series attracts big crowds. It’s producing great family entertainment, as well as superb racing and it’s great to see.

But on another point, the Australian Off-Road Championship was greatly improving, although it’s now been confirmed that Dirt Bike Promotions will not promote the series next year. Will the series still be promoted at the same level to help it continue to build?

Yes, we’ve already had meetings with potential promoters of the AORC and the Australian Four Day Enduro, and we’ll be looking forward within the next month or so to announce a very positive calendar for the off-road championship and also the promotion of the A4DE for 2010 and beyond.

As the CEO of our sport’s governing body in MA, you must be absolutely proud of our new World Junior Motocross Champion Jay Wilson, who is our first world motocross champion…

That was absolutely sensational. We put a big effort in putting together and funding a strong team to New Zealand. Everybody who participated acquitted themselves very well, and obviously we’re looking to continue our involvement in the World Junior Motocross Championship. It was easy to do so because it was in New Zealand this year, but we will be developing a plan for a strong team to go to Europe next year.

We also have the Motocross of Nations coming up this weekend in Italy, which is set to be a great event for our Australian team of Chad Reed, Michael Byrne and Brett Metcalfe.

Yeah, we’ve got a very strong team this year. We’ve had a bit of bad luck with injuries and that in the event over the last few years, but this year we probably have our strongest team ever. With a little bit of luck on our side to see the riders finish all of their races, we’ve got a very real possibility of getting on the podium and it is set to be a great event.

Thank you very much for your time, David.

No problem, any time.