INJURED PARKES OUT OF ASSEN WSBK

27-year-old Parkes was injured during testing at Snetterton earlier in the week which has resulted in a shoulder injury and the Australian is having surgery on it today which has left the team in need of a replacement rider on the official factory backed www.supercasino.com, Vent Axia and Kick Energy Ninja ZX-10R.

The 24-year-old Scot is the team’s development and test rider and has done plenty of miles on the Kawasaki in recent months so is relishing the chance and team owner Paul Bird had no hesitation in giving him the nod to replace Parkes this weekend.

“I couldn’t believe it when the call came in from Paul, I didn’t need to be asked twice, that’s for sure! It’s a brilliant opportunity for me and I’m really looking forward to working with the team in a race environment rather than just testing” said Easton who scored a sixth place finish at Monza for the SC Team three years ago in World Supersport.

Team owner Paul Bird said: “When it became apparent that Broc couldn’t ride this weekend, I had no reservations about calling Stuart to deputise and he will be a more than able replacement this weekend. He knows the bike and works well with the team but there is absolutely no pressure on him at all.” 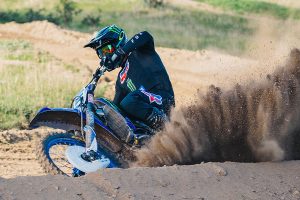